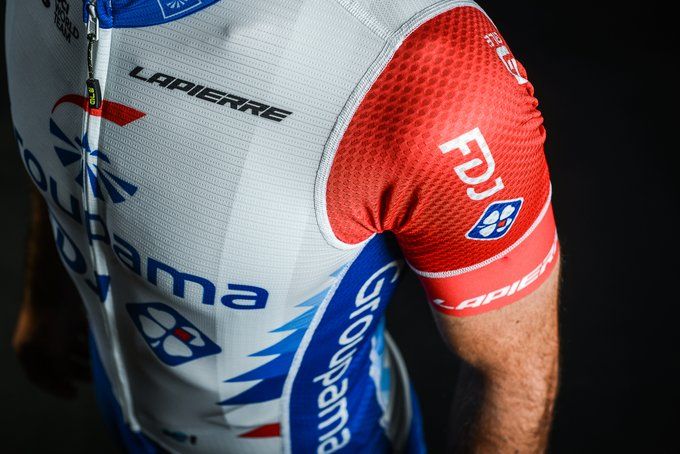 Theo Nonnez is just 21 years old and he’s completed his run as a professional cyclist. After two full years with the French Continental squad for Groupama-FDJ, the aspiring climber has retired from the pro ranks, opting to regain mental and physical health and seek a new career.

“After a little more than two years with the ‘Conti’ Groupama-FDJ, which was the first team to give me my chance in the pros, I decided to stop my career,” write Nonnez in a descriptive commentary on the team website. “I made this decision after a long period of reflection. I think we can call it a burnout, even though it’s rather an addition of many things that got me to this point.

“I am not sad to make this decision. On the opposite, it gives me hope again. I had entered a vicious cycle and I didn’t dare talking about how I felt. I realize that I did the right thing with coming out of my silence, because I don’t know what would have happened if I had remained quiet any longer.”

A French road race national champion as a junior in 2016, Nonnez was beginning his third season on the continental development team for Groupama-FDJ, having joined in the first year the squad was created in 2019.

He was recognized for his junior title and ensuing top results that followed as an under-23 rider with huge potential – in 2018 he had top 10s in the French U23 road race at Grand Prix de la Ville de Nogent-sur-Oise. His first year with the FDJ devo team, he scored fourth at Liège-Bastogne-Liège U23, fifth overall at Ronde de l’Isard, and another top 10 at the Grand Prix in Nogent-sur-Oise.

He was on the fast track to a WorldTour career, but had very low motivation, lost a great deal of weight, and realized there was something very wrong when on a training ride in late December last year, “after a few dozen minutes, I broke down. I started to cry on the bike. At that point, I said to myself: ’Théo, you have to stop all this, it has to change, there is something wrong’.”

Nonnez admitted that he had some early indications that a life as a professional cyclist may not be his career path, but “stayed in this vicious cycle,” as he called it, so that he wouldn’t disappoint anyone.

“I was thinking about cycling when I was breathing, waking up, eating. My whole life was dedicated to it and I deprived myself of a lot of things. I moved away from close people, friends, because I no longer had the opportunity to see them, or even because I put barriers myself.

“My family has invested a lot, financially but also in terms of time. The team trusted me, many people have been there for me. I worked hard myself, struggled, and forbid myself many things to get there. Therefore, it was hard to admit to myself that all that did not excite me anymore,” he explained.

“I lied to myself, but in the end, I could not escape it. A lot of people were counting on me and I was ultimately more afraid for the others than for myself. I didn’t want to disappoint anyone, but at some point, I told myself ‘Just do your life’. I can’t forever live for others. I need to find what makes me happy.”

He took time off at the end of the year, and called his team to say he would not be able to attend the 2021 training camp.

“I felt bad about not respecting the contract, but I would have felt like taking the guys for idiots going there and pretending everything was all right. This sport is so hard when you’re at 100 per cent, so when you’re not, it’s not even an option.”

He stayed off his bicycle for two full months, and admitted he only used it for “shopping or moving here and there. I went through a phase of extreme loneliness. I certainly had my friends and family, and I was lucky to have them, but I still felt super weak. I am the only one to know how I feel, and I can guess it is not very easy for others to understand, no matter how hard they try. I questioned myself a lot. I was almost like, ‘What’s the point of living?’. It might sound hard, but that’s how it was. I could not see a meaning in my life anymore.”

It was during the shutdown of racing last summer caused by the COVID-19 coronavirus pandemic that Nonnez became more attentive to his duress and a realization that the bicycle did not make him happy any longer.

“I was never a fan of training. I was more excited about putting a bib in my back and racing. I fought against my nature, I did home trainer sessions during the lockdown and committed a lot. The fun was really gone. I wasn’t blossoming at all. I know that this is the dream job for many, and I indeed felt guilty about it.”

Lockdown led to more serious issues besides doubt, and he it was the team’s nutritionist, Lucas Papillon, who provided support and got him back in balance.

“Last year, I used my last dose of motivation. Without a doubt, I trained more than is reasonable, and thought I was paying attention to nutrition as well. Actually, it was malnutrition. I had learned a lot about it, and I thought I was doing the right thing but the thing is I ate well for a sedentary person, not for a cyclist. I lost about ten kilos. Great, I looked sharp… But mentally I was not doing well, and I was out of shape on the bike.

“Fortunately Lucas was there and was able to get me back to the right track. To make you an example: at one point, my only motivation to train was to think: ‘If I ride, I can eat more’. It had become very serious.”

He said he always had good support from the team and management emphasised that he should not put pressure on himself, but just learn. This only led to self-inflicted pressure. “I couldn’t help it. I was putting pressure on myself because I didn’t want to disappoint anyone.”

He is confident in his decision to retire from pro cycling, what many would call very early retirement.

“Maybe I wasn’t made for that after all. In life, everyone has their share of constraints and sacrifices. You just need to find the life that suits you best and that you are ready to accept,” he said.

“I want to feel useful. I don’t want all of this to be wasted. If my little experience can help others, I’d love to do so. I don’t want to proclaim myself a spokesperson though. I’m only 21, I’m not a great champion and I haven’t had a great career, but I’ve had an experience. I want people to speak out, I don’t want it to be a taboo. Talking about it before would have helped me for sure.”

He also hopes his situation might be a wakeup call for others, who might realize as well that all victories are not about winning bike races.

“If you start feeling unhappy, if you don’t have fun anymore, just talk about it. It’s nothing serious. You can bounce back in a different way, you can change certain things or completely choose another path. I was lucky enough to find back some clarity.

“The hardest part is not even speaking out about it around you, it’s just to totally let it go, and to accept it. Now, I will be able to move forward. I don’t need to hide anymore. The best advice I can give is that one should be in touch and honest with oneself. If I can help some to act before it’s too late, that would already be a small victory.”

What is next? He said the team has paid for a training course in communication, which he hopes to continue as a new career path, maybe working with the team again off the bicycle.

“I really feel privileged. When I spoke to Marc [Madiot] on the phone, I told him that I felt privileged to have been part of this organization, and that no matter what, I will always identify with this team.”