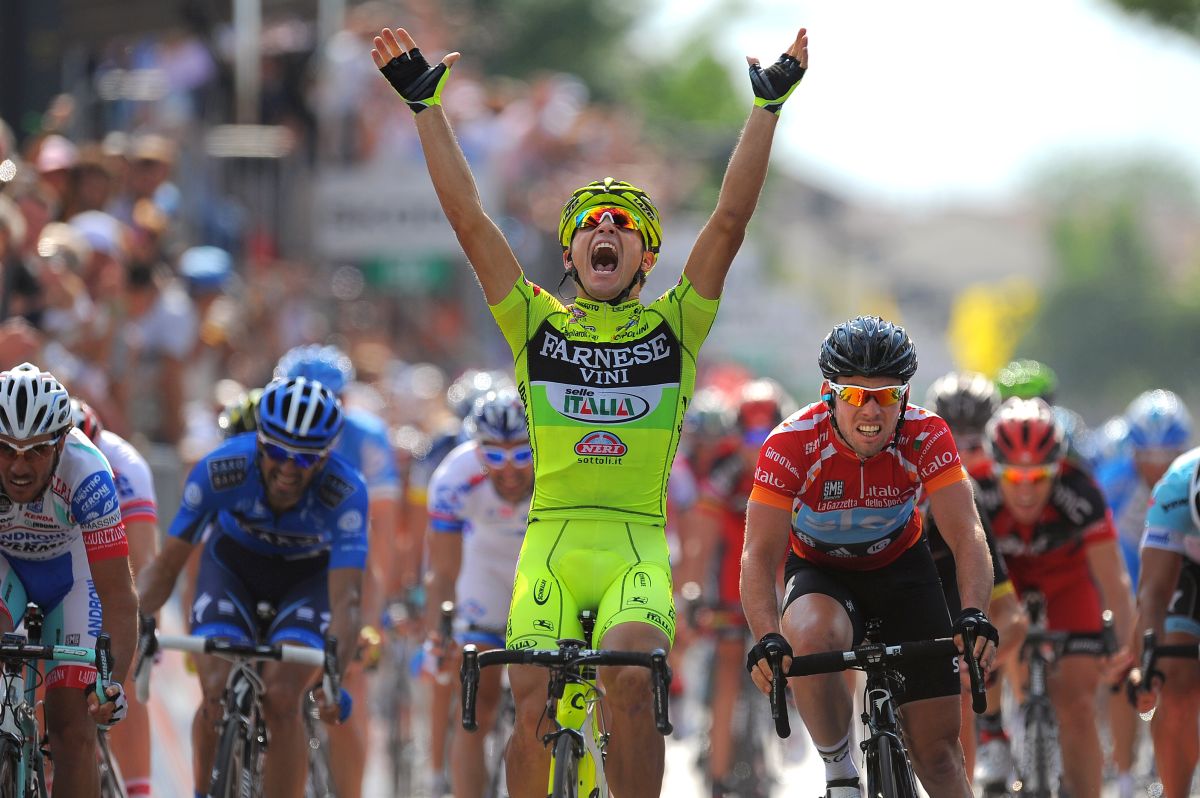 Andrea Guardini has brought the curtain down on his career at the age of 32 after spending the last two seasons with Continental outfit Giotti-Vittoria. The Italian sprinted to stage victory in Vedelago on the 2012 Giro d’Italia and he retires with a record haul of 24 stage wins at the Tour de Langkawi.

Guardini’s final success as a professional came when he notched up a brace of stage wins on the 2020 Tour of Romania. His final race came at the Giro di Sicilia in late September.

“I looked for a ProTeam and I was hoping that the spell at Continental level would be temporary, but after the pandemic, they all kept the rosters that they had,” Guardini told Bici.Pro.

“We had to jump through a lot of hopes to have a decent calendar and we finished with the Giro di Sicilia. You have no idea of how much of burden a the cost of continual PCR testing is for small teams.”

A native of Verona, Guardini turned professional with Luca Scinto’s Farnese Vini squad in 2011 and he made an immediate impression by winning the final stage of the Tour of Qatar in a bunch sprint, having already notched up his first five successes in Langkawi.

Guardini’s remarkable turn of speed carried him to a total of eleven victories in his maiden season, but his limitations when the road climbed were also apparent.

That dichotomy was perhaps best encapsulated in the final week of his Giro debut in 2012. After struggling through much of the race, he found amenable terrain on stage 18 on the flat and short run to Vedelago, where he out-sprinted then-world champion, Mark Cavendish. He was then ejected from the race on the penultimate stage to the Stelvio for taking a tow from a team car.

“[Cavendish] was angry,” Guardini said of his stage win. “He’d had to do a slightly uphill intermediate sprint to keep the points jersey. He won that, but he used too much energy and I won at the end. That day, I wasn’t dropped so I didn’t have to ride to get back on. But if I had finished that Giro, nobody would have denied me the maglia nera. God only knows how many kilometres I rode off the back.”

Guardini moved up to the WorldTour the following season, joining Astana. He would spend four years with the Kazakhstani squad, winning stages at the Eneco Tour, Abu Dhabi Tour and Tour of Oman, as well as continuing to add to his Langkawi haul, but his lone Grand Tour appearance in that time came at the 2014 Vuelta a España.

His next stop was a season at UAE Team Emirates in 2017, before he moved on to Bardiani-CSF, where he finally returned to the Giro, albeit without making an impression. With pan flat stages increasingly at a premium on the European calendar, Guardini enjoyed the bulk of his success on the Asia Tour. With the Asia Tour calendar still limited due to the COVID-19 pandemic, Guardini’s chances to win dwindled further.

“I have a little bit of regret but I haven’t torn myself apart like last year when I couldn’t comprehend not finding something suitable,” Guardini told Bic.Pro. “I’m finishing with serenity. Asia was shut down, and that’s about 60 percent of my calendar, with at least 30 sprints a year suited to me.”

Although Guardini could have continued at Continental level in 2022, he saw only diminishing returns on his commitment, and he instead plans to become a guide for cyclo-tourists in Valpolicella wine country north of Verona.

“If you ride for a Continental team, you don’t have a salary that allows you to pay for training camps. And if you do things at 70 percent, it’s not worth it anymore,” he said. “You don’t win, it’s impossible. So now I feel ready to say, ‘enough.’”