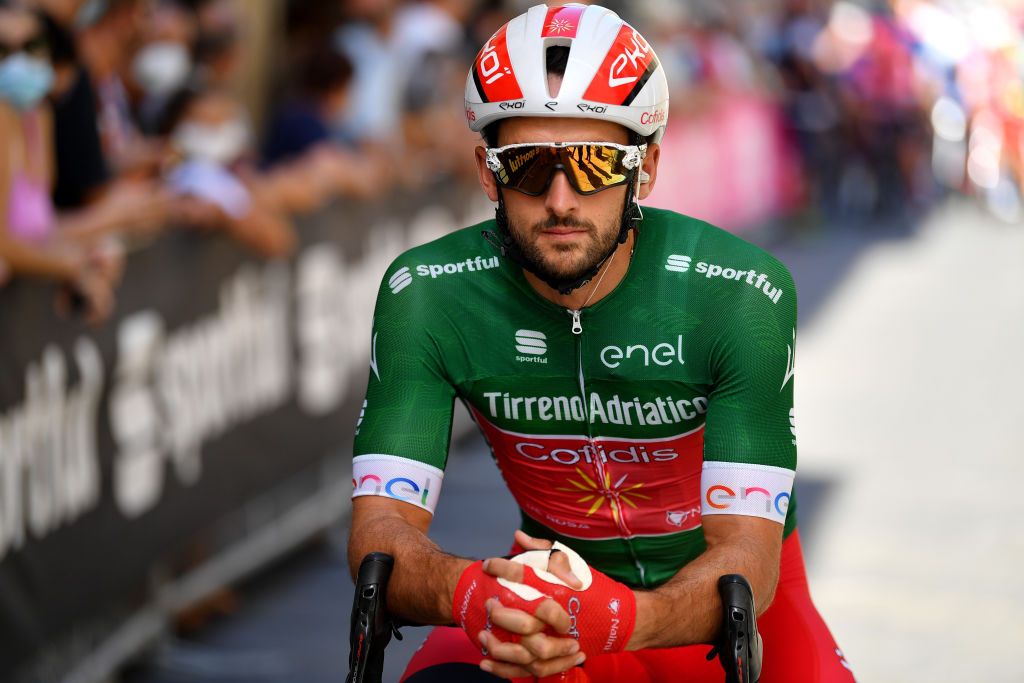 Nathan Haas’ season was supposed to have the Ardennes Classics as its centrepiece but a double whammy of COVID-19 and pneumonia has forced the Australian to the sidelines for the majority of his spring ambitions and he will now refocus on goals later in the season.

The 32-year-old will return to racing on Wednesday in Brabantse Pijl but after almost a month away from competition, the Belgian race will be a test before his next races are decided.

“I’m a tentative reserve now for the Ardennes, which changed a little bit this afternoon,” Haas told Cycling News from the Cofidis base in Belgium.

“I’m really disappointed to miss my favourite races of the year, with the Ardennes – and the older you get, the more that you start to realize that your chances are fewer. So there’s a small amount of heartbreak to miss the ones that you care the most about. To be honest, though, I’m quite happy in a way just to come to a bike race, considering I was so ill a few weeks ago. It’s nice to have something to test myself in.”

Haas was competing in Tirreno-Adriatico in mid-March when he realised that something was wrong. He passed the first two stages without incident but on the morning of stage 3, he began to show signs of illness. He was cleared of COVID-19 at the time and allowed to race.

“I did two days and then on stage 3, which was my birthday, we had to do over 200 kilometres in crosswinds and rain. From the moment that I woke up that day I knew that there was something very, very wrong with me. I made it about 140 kilometres into the race and then just got dropped, real hard. I spent a few days in an airport hotel in Rome because I didn’t want to travel while I was sick, and at that point, I had a negative COVID test.

“Then when I got home, what we thought was just a case of bronchitis was actually pneumonia. And then I was tested for COVID again and went positive. I was hit with a left and then a right hook. It was pretty hardcore. I didn’t go to the hospital but there was one night when I was lying in bed and I thought to myself that if it was this bad for another 10 minutes then I’m going in because it really felt like I had a car on my chest. I was scared I wasn’t getting enough breath into my lungs.”

The medication that Haas was prescribed for pneumonia, meant that his recovery from COVID took even longer, but he was impressed with how Cofidis stood by him. The team were in daily contact with the rider and ensured that he came back at the right time and at the right pace.

“I had to take three different sets of antibiotics for pneumonia but then your immune system is suppressed and that means it takes longer to recover from COVID,” he told Cycling News.

“It’s been a really long recovery. I had two weeks in bed and then after that, there was a week when I could do 40 minutes on the bike, at most. Then I had one week of healthy training. I feel like it’s behind me but this is where I’m at. The team has been awesome and supportive. They’ve contacted me every day and we’ve found a good way of getting me back. We’ll use Brabantse Pijl to see where I am, and I might surprise myself. I might go well, or I might last 60 kilometres. We’ll use the race as a litmus test and use that to plot my trajectory.”

With the Ardennes almost ruled out, Haas has the task of rebuilding his season in a contract year. He has spent all of 2021 riding for others, and the bulk of his typical early-season – Tour Down Under, Nationals, and the Tour of Oman – were pulled from the calendar. He has set his sights on building up for several French races over the coming months with Tro-Bro Leon a genuine possibility in mid-May.

“I want to get back to winning bike races and I’ve asked to be at some of the French races. I want to have a crack at them and that gives me a realistic timeline. I just love bike racing and I’ve asked the team if I can just do as much bike racing as I can this year without a strategic plan on one event.”

At 32, Haas still believes that he has plenty to offer WorldTour teams, including of course Cofidis, but in the current market teams and managers are pushing for younger and younger talent. Haas recognises that demand but also thinks that maturity and experience are key dynamics within rosters.

“A lot of teams are focusing on the young riders and it’s impressive to see what they can do now. I think a lot of that comes from them having power meters since they were 12 and because they’ve had coaches who know how to coach them. My generation had Polar heart rate monitors on our wrists and was told to do a few climbs, so our development came a bit later.

“That said, there is still a level of maturity that’s needed to keep an environment professional, not in terms of uploading files, but more about behaviour and those are the things that I learned from the older riders when I was coming through the ranks. Right now, young is hot and fashionable but teams still need experience because it’s not all about power. Maybe I’m saying this out of blind hope, but I really do believe that.”