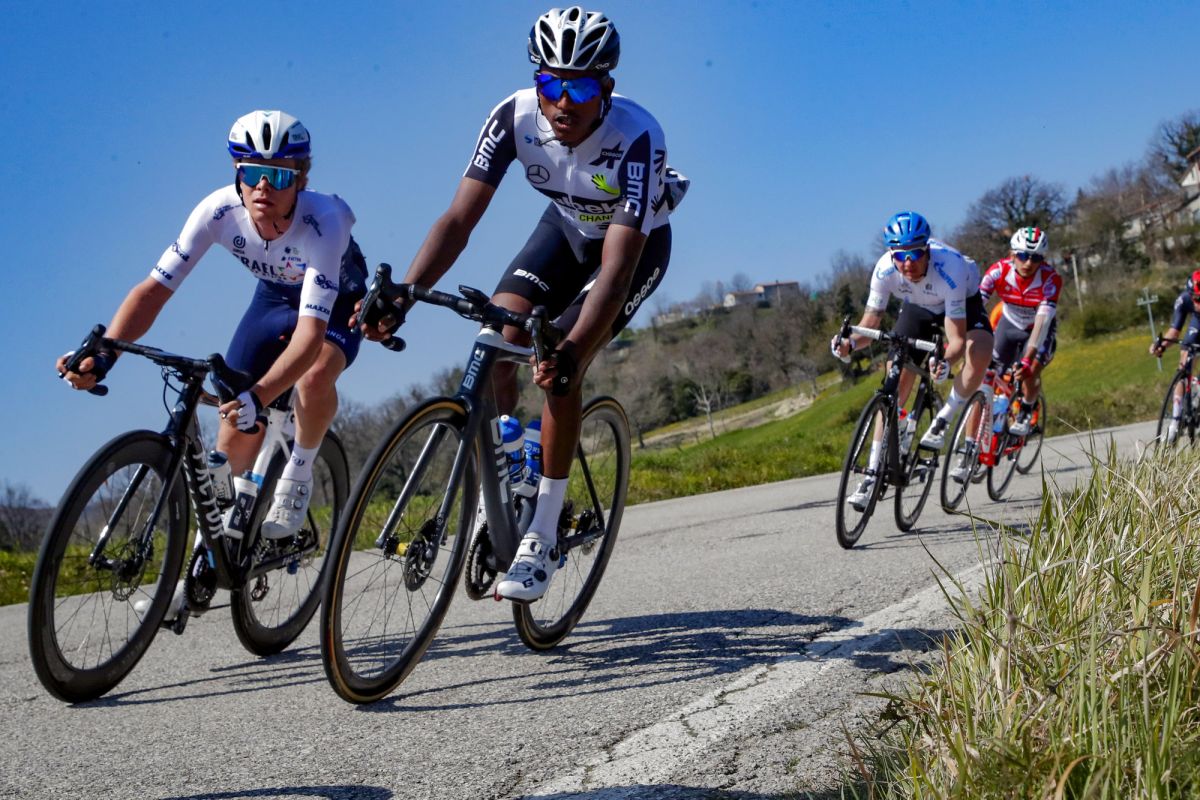 Henok Mulubrahn is set to join the Qhubeka NextHash WorldTour team from 1 January, 2022, with the 21 year old shifting up the ranks to become a professional cyclist after a two year stint with the South African based team’s Continental squad.

The rider from from Asmara, Eritrea, has delivered a number of strong results this year placing second at Giro del Medio Brenta earlier this month, third on stage two of the under 23 Giro d’Italia and sixth at Giro dell’Appennino. He also joined the WorldTour squad to race Trofeo Andratx and Trofeo  Calvià.

“It was always a dream of mine to be a professional, from the age of 17 when I was racing with the Eritrean team,” said Mulubrahn in a team statement before adding his thanks to his family, particularly his uncle and father, for all their support. “My Father always believed in me, he told everyone I will be a professional one day and supported me a lot.”

Mulubrhan said his teammates and the Continental team had also been a crucial part of his journey to the professional ranks.

“With them, my dream changed from just being a dream to becoming a realistic goal,” he said. “They gave me opportunity to experience racing in Europe and to increase my level.

“Last year I lived, trained and raced with guys like Natnael Tesfatsion and Leonardo Marchiori. They turned pro from this team so it gave me a lot of motivation to train hard and keep believing I can do it too.”

The Qhubeka NextHash WorldTour team is currently racing at the Tour de France, where Nicholas Dlamini made history, lining up as the first Black South African to compete at the French Grand Tour. Dlamini crashed early in the 144km mountain stage to Tignes on stage 9 but proudly refused to climb off and throw in the towel. He was outside the time limit but fought on to the finish line regardless to “honour my dream to ride the Tour”.

Mulubrhan, too, wants to follow in his footsteps and take to the start line of a Grand Tour.

“Now I start from the beginning again, and it is time for a new dream as a professional,” he said. “I want to start a grand tour, that is my next goal and after, in a few years my family dream is to see me win a stage in a grand tour. This is what I will work towards.”

Team principal Douglas Ryder said Mulubrhan, was showing incredible improvements with his adaptation to international racing and the team hope he would go from strength to strength.

“One of the greatest pleasures that I have is seeing young riders taking the opportunity to establish themselves in our Continental team and then earning their spot to ride on the highest level with our WorldTour team,” said Ryder. ”That is exactly what our team is about, to create hope and opportunity for a successful career as a professional cyclist and continue to inspire hope in others that their dreams can come true.”