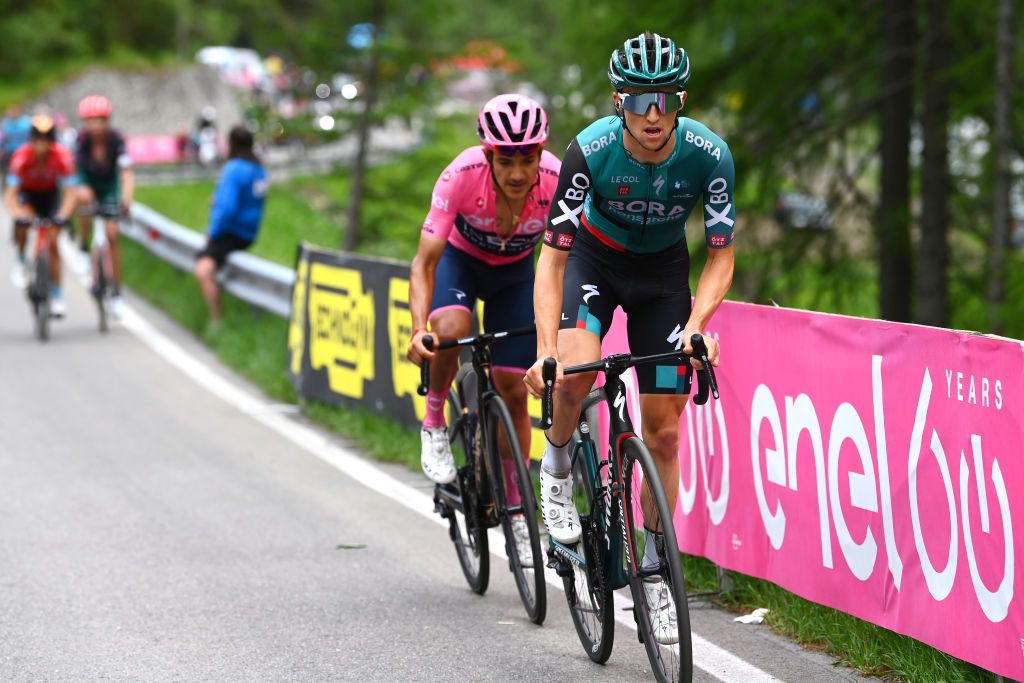 Watch the Giro d’Italia live and on-demand across discovery+ (opens in new tab), GCN+ and Eurosport

The final mountain stage of the 2022 Giro d’Italia, with three high-mountain passes in the Dolomites across 168km, lived up to expectations as a head-to-head battle for pink between GC leader Richard Carapaz (Ineos Grenadiers) and second-placed Jai Hindley (Bora-Hansgrohe), lurking just three seconds back in the standings.

The Australian attacked on the final steep slopes of the Marmolada, with Carapaz initially holding his wheel. The race leader, however, was then on the back foot when Hindley’s teammate Lennard Kämna, dropped back from the break to join the pair, and set a strong pace.

That was enough to take Carapaz to the brink, and he allowed a gap to the two Bora-Hansgrohe riders to open up. Hindley capitalised, jumping away and then used the double-digit gradients in the final 3.5km to not just ride into the maglia rosa but also gather a healthy buffer ahead of the final time trial. Carapaz strained to keep the pedals turning across the final 50 metres and the clock stopped 1:28 after Hindley had finished sixth on the stage.

“We stayed patient, saved our matches until today,” Hindley said after the finish to describe the Bora-Hansgrohe strategy to gain the GC lead, which paid dividends. He takes a 1:25 margin over Carapaz into the time trial on Sunday.

The stage 20 honours went to Alessandro Covi (UAE Team Emirates), who emerged from the breakaway to win stage 20, 32 seconds ahead of Domen Novak (Bahrain Victorious) and another five seconds ahead of Giulio Ciccone (Trek-Segafredo).

Watch the highlights above to see all the action.