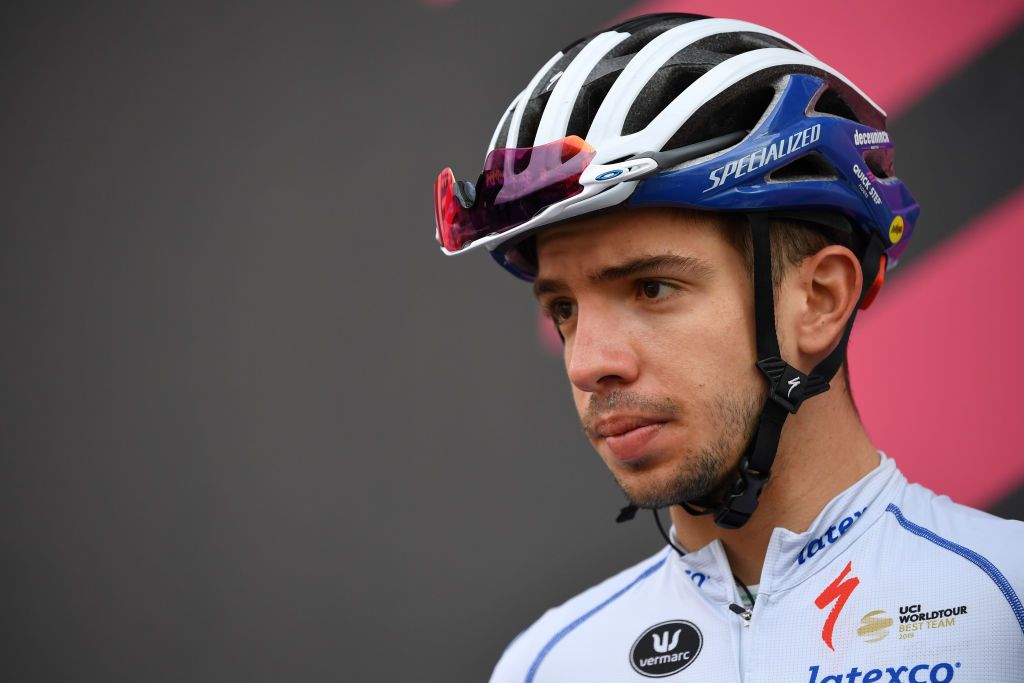 Alvaro Hodeg was due to start out with a new squad, UAE Team Emirates, this season but a December crash put a halt to his plans, leaving him facing multiple surgeries.

The Colombian rider entered the WorldTour with QuickStep in the second half of 2018 and at the time of his signing with UAE Team Emirates, his first WorldTour team shift, Hodeg said he was looking ahead to the season with desire and ambition and a ‘similar feeling of excitement to when I first started riding bikes’.

The work he had been doing to prepare for that new season, however, unravelled before the year even got underway.

“Last December I had a serious traffic accident that unfortunately damaged my plans and illusion of starting the season competing with my new team,” said Hodeg in an Instagram post. “Today after more than 3 months and more than 5 surgeries I return.”

“I’m happy because today I walked again and I’m getting closer to getting back on my bike and being back in Europe with my teammates. With great faith I am waiting for the last surgery on the wrist next Tuesday, which will be successful with God’s help.”

UAE Team Emirates in January brought Maximiliano Richeze back into the squad, extending his contract through till after the Giro d’Italia to fill the gap created by Hodeg’s absence. The team said at the time Hodeg’s had sustained a heavy injury but they were confident that he could bounce back strongly in the second half of the year.

In the final months of last year’s season, Hodeg, who joined UAE Team Emirates on a two year contract, delivered a stage win at the Tour de l’Ain, took victory at the Grote Prijs Marcel Kint and on his 25th birthday held off Peter Sagan to take out the sprint win on stage 1 of the Tour of Slovakia.

The rider thanked those who have supported him in the Instagram post, including his family, the hospital and his new team, saying he was now ‘getting closer to doing what I’m most passionate about.’

“Don’t let anyone tell you that you can’t do something or dissuade you from fulfilling your dreams,” said Hodeg.