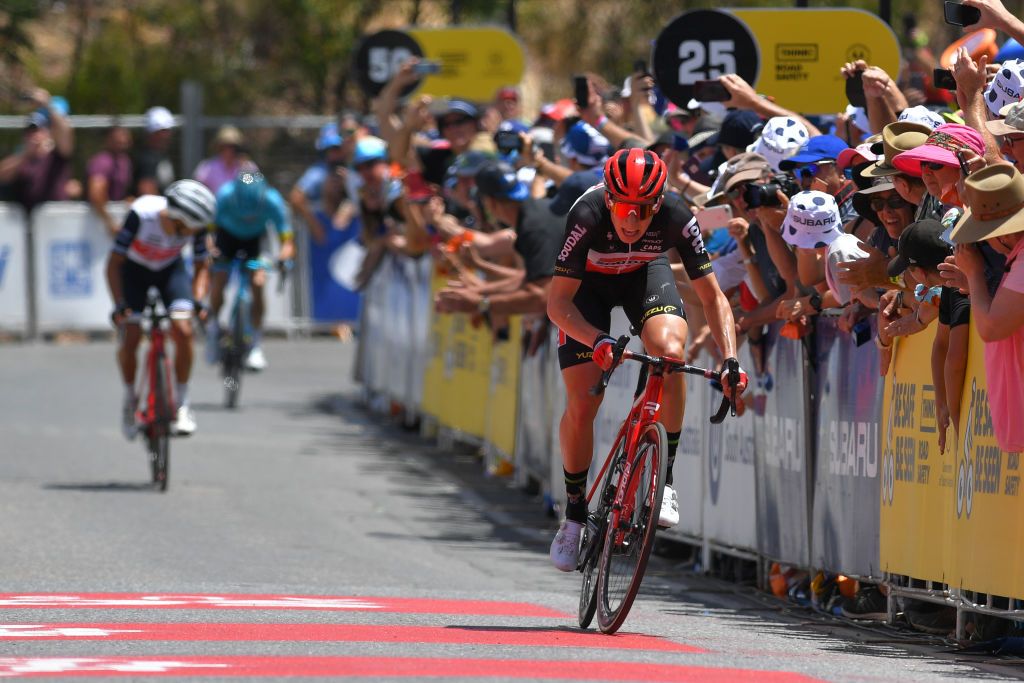 Matthew Holmes and Steff Cras will remain at Lotto Soudal in 2022 after signing one-year contract extensions. Both riders joined the Belgian squad ahead of the 2020 campaign.

Holmes began his tenure at the WorldTour level on a high note by winning atop Willunga Hill at the Tour Down Under, his first in Lotto Soudal colours. The Briton later made his Grand Tour debut at the 2020 Giro d’Italia.

The Wigan native placed sixth atop Pico Villuercas on this year’s Vuelta a España, though he was stricken by illness in the final week of the race and finished outside the time limit on stage 19.

“I’m really looking forward to next year, especially after the past team days, where a lot of aspects were worked on, such as new material and training schedules,” Holmes said in a statement released by the team.

Look who’s back: Victor Campenaerts returns to Lotto Soudal for 2022

“After two seasons in which I got to know the team better and made a lot of friends, Lotto Soudal really feels like ‘my’ team. It’s a professional environment and I feel like I’m really part of the team now.”

Holmes was a relative latecomer to the WorldTour, making the step up at the age of 25 after racing at Continental level with Madison Genesis.

“I look back on the past two seasons with great pleasure,” he said. “This year may not have been what I expected, but I was still able to win a WorldTour race on my first professional contract. I am still very proud of that achievement. I also came close to a stage win in a Grand Tour a few times, which gives me confidence to go full for that win again next year.

“I realize I have it in me and after two seasons in the WorldTour I know perfectly what I can and cannot do. Therefore, the focus next year is on breakaways, either in Grand Tours, or in other stage races.”

Moving from Katusha to Lotto Soudal in 2020 was a sort of homecoming for Steff Cras, who had raced for the Belgian team as an under-23 rider. A back injury forced him to abandon last year’s Tour de France and a coronavirus infection ruined the first half of his 2021 campaign, but he showcased his qualities as a climber at the Vuelta a España, where he placed 20th overall.

“Personally, my contract extension is a mental boost after two seasons that were characterized by a lot of bad luck,” he said. “I want to focus again on a good classification in short stage races and a stage win in a Grand Tour. In addition, I will of course assist the team as best I can. My second half of the season gave me confidence for what is to come.”

Lotto Soudal have made five new signings for 2022, including Victor Campenaerts, who returns after a two-year spell at Qhubeka. Caleb Ewan remains in place as the team’s figurehead after signing a contract extension, but the longstanding directeur sportif pairing of Marc Sergeant and Herman Frison will not be at Lotto Soudal in 2022 after their contracts were not renewed.