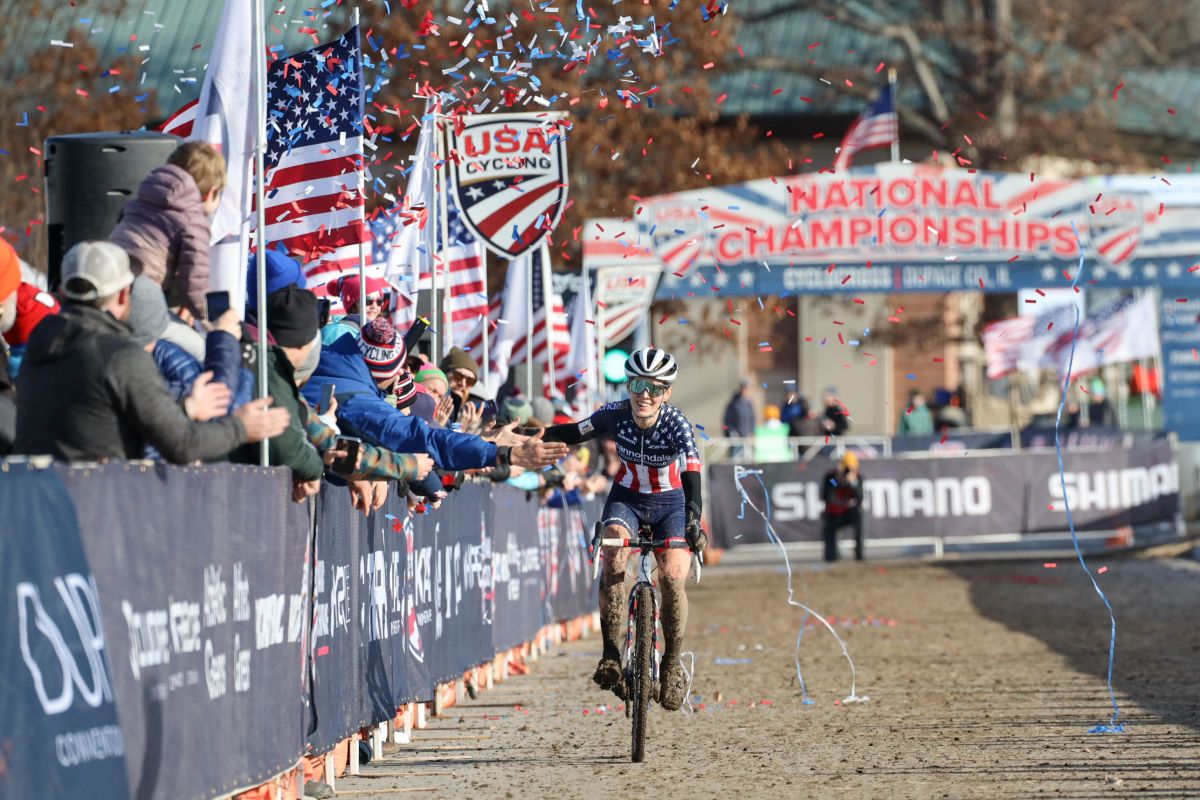 Clara Honsinger (Cannondale-Cyclocrossworld) came into the USA Cycling Cyclo-cross National Championships off the back of a successful early-season campaign that included a World Cup podium and a victory at Koppenbergcross, so it was no surprise when the 24-year-old repeated as elite women’s national champion.

Raylyn Nuss (Steve Tilford Foundation) got around Gilbert to finish second, while Gilbert held on to take third ahead of Hannah Arensman (Sycamore Cycles).

Honsinger tucked in behind Sunny Gilbert (Blue Competition Cycles), who took the hole shot, then made her move in the sandpit. The only rider able to stay on the bike for the whole section, Honsinger emerged with a gap that she only added to with every lap.

On a sunny, blustery day, Honsinger battled with thick mud coating her bike. Thanks to the quick work of her pit crew, she never struggled and won with more than three minutes to spare over Nuss.

It was a title defence delayed by one year because of the COVID-19 pandemic cancellations of 2020, but Honsinger is looking forward to a third year in the stars and stripes.

“Honestly I think I took it for granted that I got two years in the jersey without having to fight the second year. Coming into this race, I said I feel very comfortable in this jersey and I don’t want to give it up,” Honsinger said.

“Having not raced with these women, I didn’t know what to expect so I just went full gas.”

Honsinger will head back to Europe in the morning for a full campaign that ends in time for her to return to US soil for the UCI Cyclo-cross World Championships in Fayetteville, Arkansas.

“I think folks identify me as the one in the stars and stripes, so I also felt pressure to come back and represent the United States in this jersey,” Honsinger said.