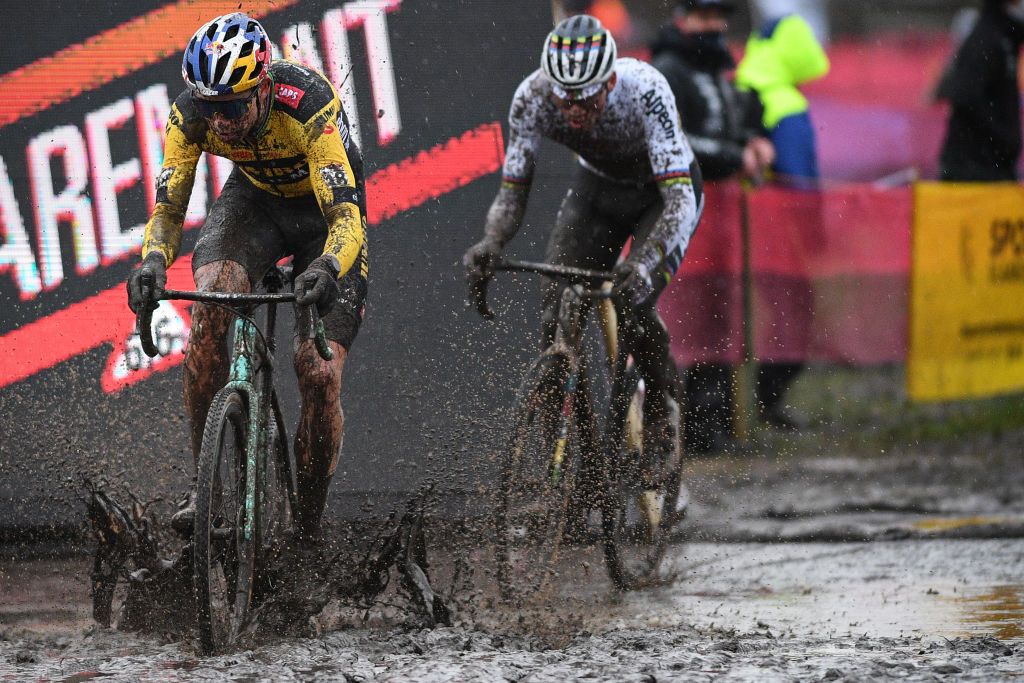 The 2021-22 cyclo-cross season is well underway having been in full swing since the big three series competitions kicked off in September and October.

However, it’s only now, right at the end of 2021, that the ‘big three’ of cyclo-cross – Wout van Aert (Jumbo-Visma), Tom Pidcock (Ineos Grenadiers), and Mathieu van der Poel (Alpecin-Fenix) – are getting their campaigns underway following a break at the end of their long road and mountain bike seasons, with the latter set to make his debut on Boxing Day.

However, in the space of the next two weeks across the festive season, the calendar is set to get as hectic as ever. Between Saturday, December 18 and Sunday, January 2, there are eight top-level races taking place, including four UCI World Cup rounds and two rounds X2O Badkamers Trofee and one round of the Superprestige.

The fields will be packed full of major names in both the men’s and women’s race throughout the upcoming period, with Pidcock, Van Aert and Van der Poel set to be joined by Eli Iserbyt, Tim Merlier, Quinten Hermans, Toon Aerts, Lars van der Haar and more.

The festive season will also see a number of American and Canadian riders make the trip to Europe to make their mark. Clara Honsinger, Katie Clouse, Maghalie Rochette, Gage Hecht, Curtis White, and Kerry Werner among those riders set to compete.

Read on for all the information on how to watch the clutch of Christmas races coming up, as well as a schedule and a short guide to when Pidcock, Van Aert and Van der Poel will be racing.

Coverage via the GCN+, available on the GCN app, will be available in the UK, around Europe and select other countries around the world. Access in the UK will set you back £39.99 for a year.

FloBikes holds the TV rights in North America – a subscription will set you back $12.50 per month or $150 per year.

Check Sporza and Telenet PlaySports for local feeds from Belgium.

If you live outside a broadcast zone or are on holiday outside your country and find that the live streams to be geo-restricted, you can get around this by getting access to them by simulating being back in your home country via a ‘virtual private network’, or VPN, for your laptop, tablet or mobile.

Our sister site TechRadar tested hundreds of VPNs and recommends the number-one VPN currently available as Express VPN. With , you can watch on many devices at once including Smart TVs, Fire TV Stick, PC, Mac, iPhone, Android phone, iPads, tablets, etc.