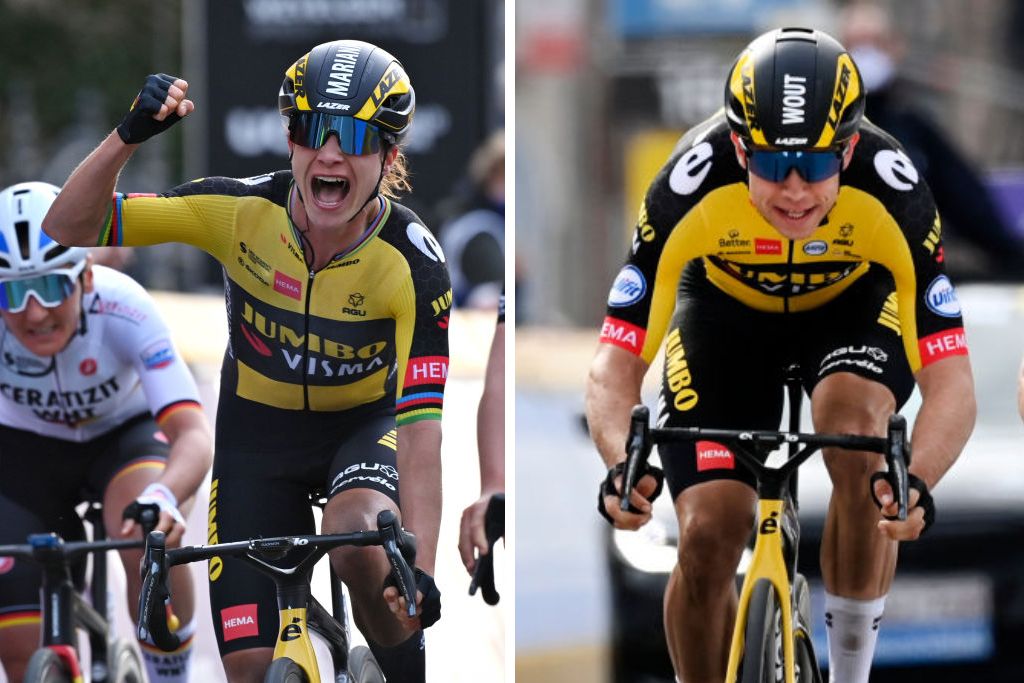 The 2022 Spring Classics are underway, and if you’re looking for a way to watch the action in the coming month we’ve put together a handy Classics live stream guide.

The series of one-day races in Belgium, France, and Italy packing the calendar through March and April bring four Monuments throughout the spring: Milan-San Remo, the Tour of Flanders, Paris-Roubaix, and Liège-Bastogne-Liège, but there’s plenty of other upcoming racing to look forward to as well.

Belgium’s spring Classics are well underway following racing at the Classic Brugge-De Panne and the E3 Saxo Bank Classic. Sunday, March 27 will bring another cobbled race as the men’s and women’s peloton take on the Kemmelberg at Gent-Wevelgem and Gent-Wevelgem Women.

With 35km of flat roads to line, the race often comes down to a sprint finish, though small groups and solo riders can prevail – see 2016 and 2020 in the women’s race, and the past two editions of the men’s race.

Gent-Wevelgem will be broadcast around Europe on Eurosport and Discovery+. A subscription to Eurosport Player costs £6.99/$9.15 per month, or £59.99/$78.51 for a 12-month pass. Discovery+ offers the same coverage for the same prices, too.

The race will be aired in the United Kingdom, Europe and in select other territories on GCN+, with a year’s subscription costing £39.99.

In the USA, Australia, and Canada, the races will be broadcast on Flobikes. A year’s subscription costs $150 in the US and $209.99 in Canada)

We’ll keep you updated with out ‘How to Watch’ guides throughout the spring Classics season, with other broadcasters to keep in mind during the coming month including NBC Sports via Peacock ($4.99 per month in the US).

With the race possibly coming to a sprint finish or a small group of attackers, most teams will come equipped with multiple options.

Chief among them in the men’s race is Jumbo-Visma, with reigning champion Wout van Aert, Christophe Laporte and Tiesj Benoot lining up.

In the women’s race 2021 winner Marianne Vos (Jumbo-Visma) is back to defend her title alongside teammates Anna Henderson and Coryn Labecki. World champion Elisa Balsamo heads up a strong Trek-Segafredo team which includes Elisa Longo Borghini and Ellen van Dijk.