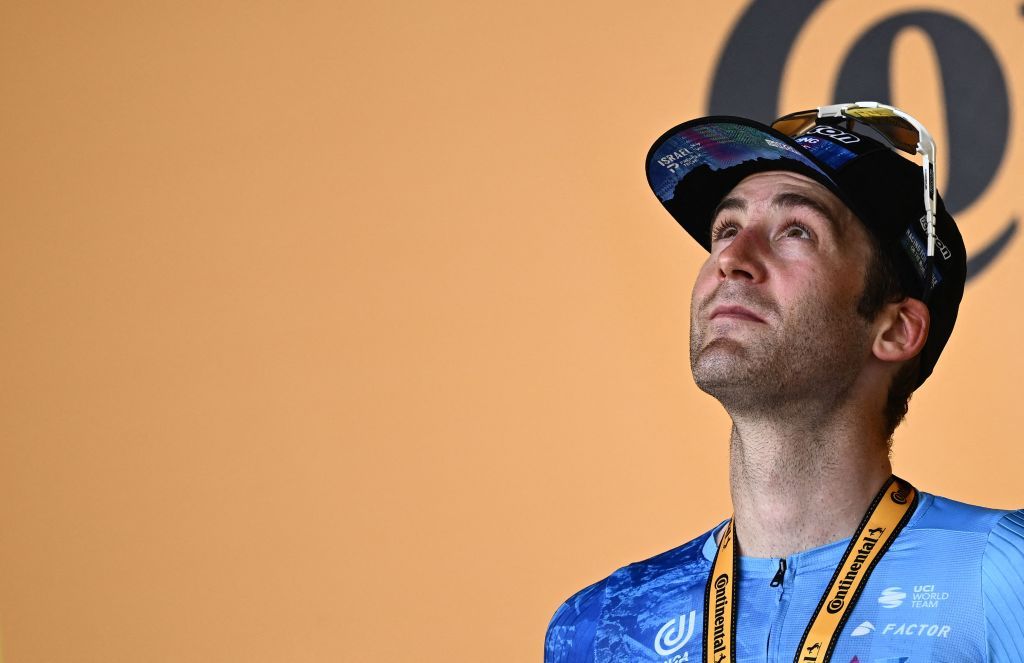 Every day is different, and some days are special, and yet one element of every day is the same. A little under ten years ago, Hugo Houle lost his brother Pierrick in a hit-and-run incident in their native village of Sainte-Perpétue, midway between Montreal and Quebec. Grief has been a companion in all the days since then.

It was, inevitably, with Houle on his day of greatest celebration on Tuesday afternoon, as he soloed to victory in Foix on stage 16 of the Tour de France. It was his first victory as a professional, it was Canada’s first stage win in this race since Steve Bauer in 1988, and it was dedicated to Pierrick’s memory.

“He was two years younger than me, and he was my biggest fan,” Houle said. “When I finished fourth in the under-23 Worlds in 2012, he sent me a video to congratulate me. After the day I lost him, there was nobody to share things like that with. There was a gap. Of course, when things like this happen in life, it takes a few months to move on and to move forward.”

Pierrick Houle, like his brother, had been a triathlete as a teenager, and they had competed against one another as siblings do. At 19 years of age, Pierrick went out for a run one evening and he never came back, hit by a car that fled the scene. As well as the grief of that loss, Hugo Houle endured the profound trauma of searching for his brother with his family on that December evening.

“The guy ran away and left him on the side of the road. Me and my family had to search for my brother. I found him about three hours later, dead,” Houle said. “When I came to the scene, they were doing cardiac massage. I took his hand and I saw the blood go from his ear and his mouth and I knew he was dead.”

A few weeks later, Houle was on a flight to France, to begin his WorldTour career at AG2R La Mondiale. For those first months as a professional, he was present in body rather than in spirit and it showed in his results. Another team, perhaps, might have ushered him towards the exit, but Vincent Lavenu has always prided himself on being something of a paterfamilias. Houle was given time to find his way again, first as a grieving young man and then as an emerging cyclist.

“I remember I was in Paris-Roubaix, and I just didn’t know what I was doing because I was pretty shocked from this event. It took me a full year to get back to normal,” Houle said. “This team was unbelievable, they took care of me. I was a young professional, and they could just have said, ‘Next.’ It took a few years to get back to a good level, but they gave me a lot of time to recover from that. Now I am where I am because they gave me time to recover from my brother’s death.”

Bauer and the Canadian connection

Houle spent five years with AG2R and then four with Astana, gradually eking out a place for himself in the WorldTour peloton. At the end of last season, he joined the Premier Tech exodus from Astana, moving with the Canadian sponsor to Israel Premier Tech. The owner of Houle’s new team, Sylvan Adams, is a Montreal native. Canada’s greatest ever cyclist Steve Bauer is his directeur sportif and the country’s current leading light, Michael Woods, is a teammate.

Houle had Woods for company in the break of the day on Tuesday, and his compatriot would place third on the stage to complete a remarkable afternoon for Canadian cycling. When Houle launched his winning move ahead of the final haul up the Mur de Péguère, Woods policed the break as it splintered behind, tracking Matteo Jorgensen over the summit. A crash for Jorgensen ended any faint prospect of Houle being caught, and the Quebec native had Bauer, winner in Machecoul in 1988, in his radio earpiece to reassure him through the final kilometres.

“It’s been a year since I’ve seen my parents, my family, because I have to be in Europe to race, and to win a stage in the Tour is what motivated me,” Houle said.

“I’m happy I can win for the Canadians and I’m also happy I had Steve Bauer behind me in the car. He was on the radio telling us: ‘Enjoy boys, enjoy.’ I was still going full gas and he said, ‘You’ve got this, take it easy, man.’ It was nice to have the time to enjoy it. I just hope it won’t take 34 years for another Canadian to win on the Tour.”

Houle crested the Mur de Péguère alone at the head of the race, but not without company. On the drop into Foix, his brother Pierrick’s memory travelled with him. In that sense, at least, it was a day like any other. “That was my motivation, to win for my little brother,” Houle said. “And today I did.”