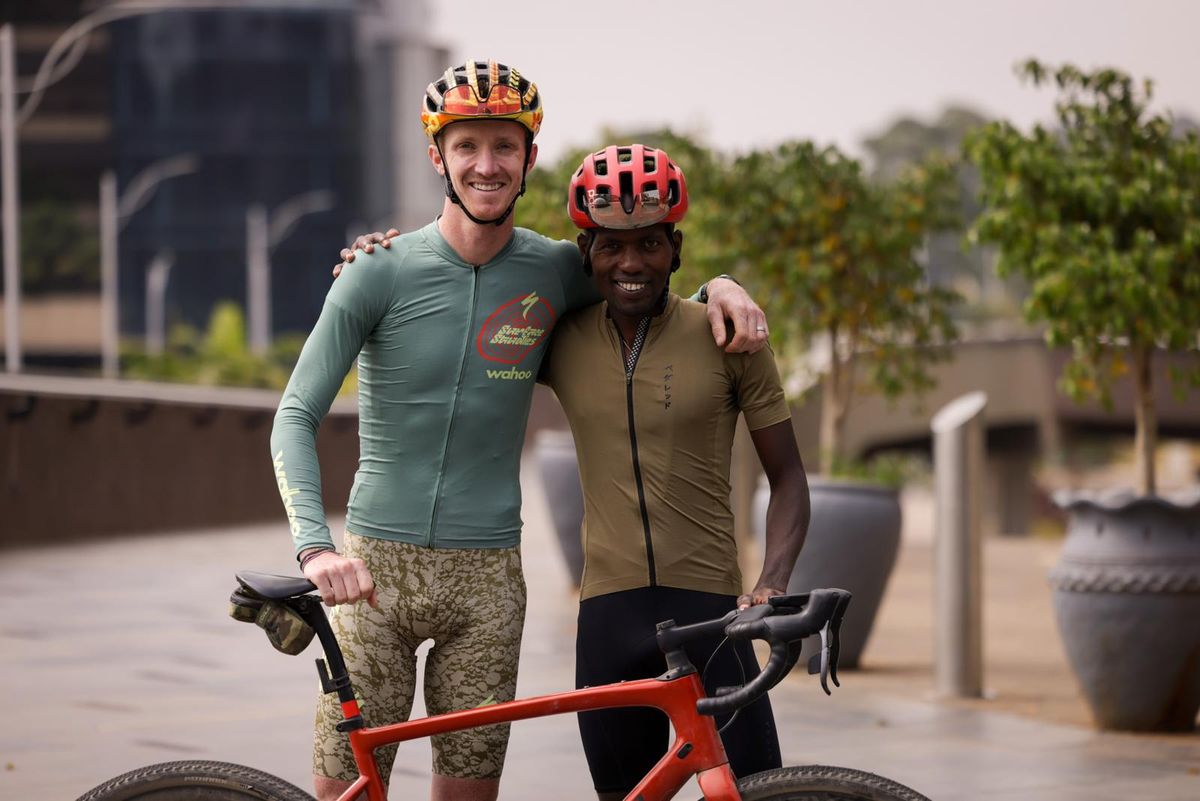 Ian Boswell is in Kenya for the Migration Gravel Race (June 23-26) but the winner of Unbound Gravel is in Africa for more than just the four-day event.

The American gravel racer will be competing against a field of European riders and some of the best African athletes, including those from the Amani Foundation team, which is a project that will reward the best domestic riders with a chance of competing at several high profile gravel races back in the United States later this summer.

“It’s so cool here in Kenya. The only other time I’ve been to Africa was back in 2016 when I was at a training camp with Chris Froome in South Africa but tomorrow I’m here for different reasons this time around,” Boswell told Cycling News two days after touching down in Kenya.

“Yesterday we rode through Hells Gate national park and it was amazing. It made all the 36-hour travel worthwhile, even just for that ride. It wasn’t easy getting here, we from Boston to Detroit, to Amsterdam to Nairobi but I travelled with a Wahoo colleague and Frontiers film crew. Then in Amsterdam, we linked up with the Dutch guys, including Laurens ten Dam and Thomas Dekker.”

The competitive side to the race is of course important and riders will face 600km of gravel roads over the four-day event. They will camp in tents and race point-to-point but for Boswell, the race represents a chance to open up pathways for African riders looking to explore new avenues into either the US or European scene.

“We’re here to race the African riders, and that’s the purpose of the trip but with Wahoo, we have partnered and sponsored the Amani team. We’ve been working with them since last year, firstly through product but also with our sports science team in Boulder Colorado, Neal Henderson, who is Rohan Dennis’s coach. Neal along with the Wahoo Sports Science team, have been aiding the Amani riders and coaches to help implement better training techniques. I want to be here and ride hard but I want to help get the riders up to speed tactically and performance-wise,” Boswell said.

“They’ve had the chance to work with one of the most respected coaches in the world but now they have the ability to have some action against some of the more prominent people in gravel. Also with the Amani team racing, Wahoo will bring the top three athletes from this race to the States for SBT Gravel and Belgian Waffle Ride in Asheville. So the project that we’ve been racing on is much bigger than this race. It’s cool to be here and participate in Kenya but what’s cooler is that we’re able to bring back value to the African riders and give them opportunities to see what they’re capable of. Hopefully, they can take this and make a career out of cycling.”

In the evenings, in between the long stages, Boswell hopes to spend time with the domestic riders and share knowledge and experiences with them. That will of course be a two-way street – he’s never raced in Africa and admits he has plenty to learn in that regards – but on the flip side he wants to open up about his life as a pro rider both on the road and on gravel.

“For me, the biggest hope is that they’re already at a higher level and that I can share the positive impact that cycling has had on my life,” he said.

“I want to help change the course of these riders’ path through racing. I think that it’s only a matter of time before you do start to African riders make their way to Europe on the road or gravel in the US. It’s such a privilege to share my experiences with them and pass on that torch. It’s going to be so cool welcoming them to the US later in the month and building those relationships at this race is going to be a lot of fun.”