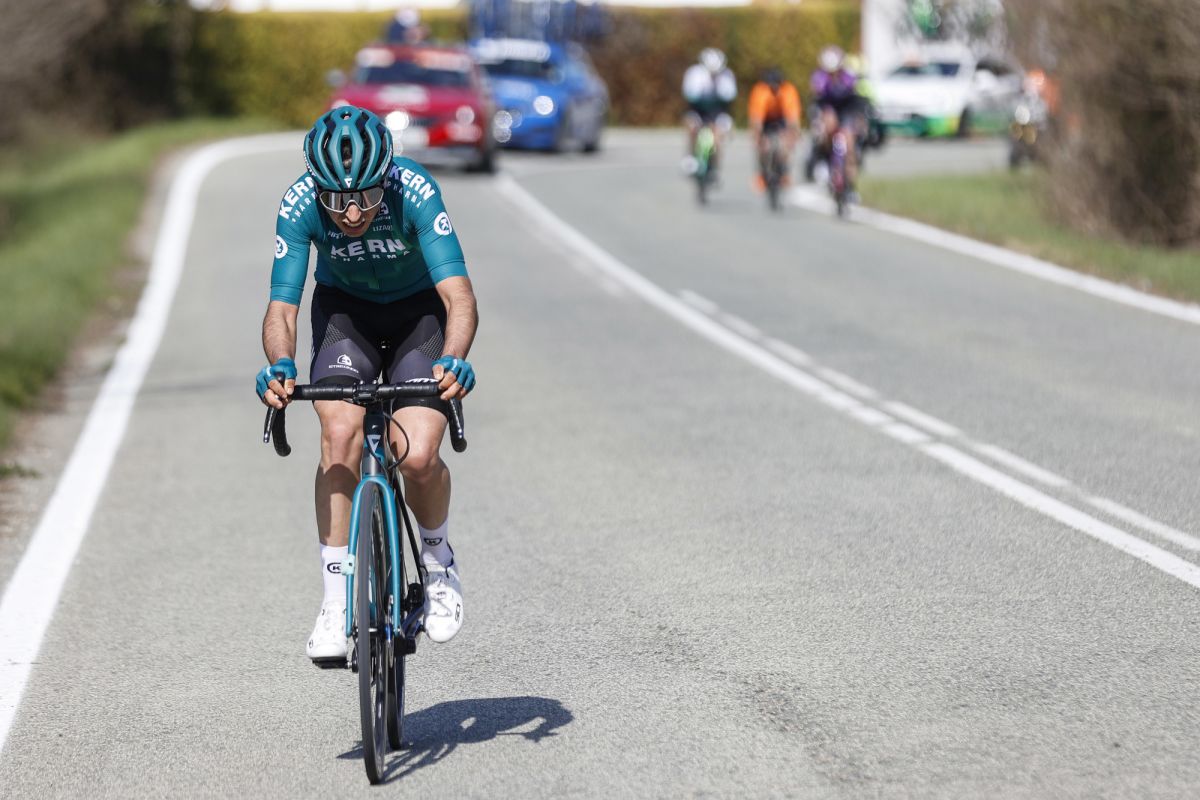 It was 200km out the front on stage 2 of the Itzulia Basque Country for local rider Ibon Ruiz (Equipo Kern Pharma) but just 400 metres that made the difference between the victory of a career and 139th place.

“I feel powerless to see the victory so close and not achieve it,” said Ruiz. “It would have been something incredible both for me and for the Kern Pharma team.”

“When we took the start I didn’t think that the escape could come, but as the kilometers passed that thought has been changing and when I rode alone I have seen myself as the winner.”

Coming into the final 15km to the Viana finish line, Ruiz was part of the break of four Spanish riders, which had launched almost as soon as the climb scattered 207.9km second stage of Itzulia Basque Country started. The break, made up entirely of ProTeam racers, was looking like a serious chance for an upset victory as they still sat out the front with a gap of more than two minutes to the peloton.

The co-operation between Ruiz, Julen Amezqueta (Caja Rural), Ander Okamika (Burgos-BH) and Ibai Azurmendi (Euskaltel – Euskadi) then started to break down and while the other riders looked at each other the 23-year-old Ruiz just kept the pace rolling and as a result found himself out the front solo with just over 12km to go.

That two minute plus gap to the peloton meant the rider headed toward the Viana finish line, just 60km away from where he was born, with dreams of what would have been one very special first professional victory pushing him on. The WorldTour teams behind, however, ramped up the pace and the distance between them and the solo rider was soon counted in seconds, not minutes.

As the peloton swept under the 1km banner lining up for the sprint, Ruiz was in sight and it was clear it was game over for him. Ruiz held out until the final 400 metres, but was fading out the back of the bunch as Julian Alaphilippe (Quick Step-AlphaVinyl) leapt out the front to take the victory the Spanish rider had come so close to.

The win, had it happened, would have not only been a first for Ruiz but also the first WorldTour victory for his Spanish squad, which stepped up to ProTeam level in 2021 and has gained a wildcard entry to the Vuelta a España.

“Today we will go to bed knowing that we have touched the victory with our fingers, because we are very close to achieving it in the highest category,” said Juanjo Oroz , director of Kern Pharma. “I am convinced that the short distance that separates us from victory we will all cover together.”

Still, Ruiz and the team didn’t walk away empty handed with the rider taking out the most combative award and the lead in the mountains classification.

“I have remembered the team, my family, my partner, the Basque fans,” said Ruiz. “It has involved a lot of emotion and effort, and I am happy with the performance and the award of the mountain jersey.”