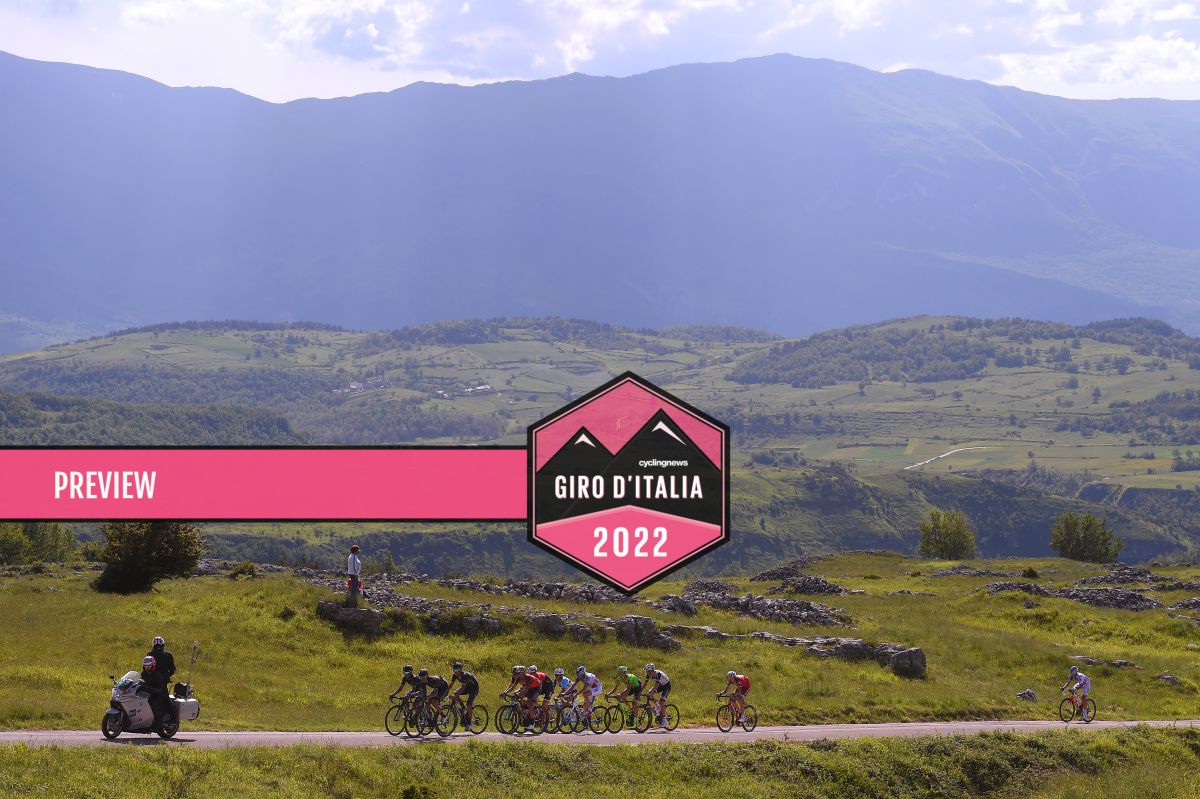 “It’s the first real test, because we’re coming out of two complicated days and this is a real mountain stage,” said Giulio Ciccone (Trek-Segafredo), who hails from nearby Chieti. “It’s a summit finish that can’t be compared to Etna in terms of its steepness and length, and there are real climbs beforehand too. It’s a proper mountain stage.”

On Sunday, the Passo Lanciano precedes the Blockhaus in what constitutes one of the most-demanding stretches of the entire Giro d’Italia, with the road rising for some 45 of the last 65 kilometres of stage 9. The altitude gained in this portion of the stage alone is in excess of 2,500 metres. Time gaps are inevitable.

Simon Yates (BikeExchange-Jayco), fifth overall at 1:42 from maglia rosa Juan Pedro López (Trek-Segafredo), is the best placed of the pre-race favourites thanks to his victory in that short Budapest test. His effervescence there suggested he would be the man to beat on this Giro, but doubts have arisen since his crash en route to Mount Etna.

Although Yates finished with the other pink jersey contenders on the volcano, BikeExchange-Jayco general manager Brent Copeland admitted on Rai’s Processo alla Tappa programme on Saturday evening that the Briton’s knee had been a concern in the days since.

“We had a fright on the Etna stage because Simon hit his knee hard when he fell,” Copeland said. “We thought it would be worse, but he’s getting better every day. Tomorrow will be an important day for everybody on GC. It’s a very tough stage, and it’s even more difficult because the days beforehand haven’t been easy either.”

The Ineos Grenadiers squad of Richard Carapaz (12th overall at 2:06) were to the fore in driving the peloton at various points in the opening week, most notably on Etna and again on the rugged road to Potenza on stage 7. Their forcing failed to create any separation among the overall contenders, but it was, of course, a way of probing Yates’ fitness. “They’re used to doing this; riding on the front and creating fatigue and stress for everybody,” said Romain Bardet (Team DSM).

The Ineos approach thus far evinces considerable confidence in Carapaz, the overall winner in 2019, but he has yet to assuage all the doubts that were thrown up by his subdued display in the Budapest time trial. The Ecuadorian lost the bulk of his time there on the short climb to the finish, though the issue may have been one of strategy rather than of condition. He led the group of favourites home on Etna, after all, but Sunday will reveal altogether more.

Carapaz and Yates were the consensus favourites when the race left Budapest and they occupy the same place now, but there are others who will see the Blockhaus as a springboard from which to launch their challenges more formally. Men like Bardet, Mikel Landa (Bahrain Victorious) – who crashed here in 2017 – João Almeida (UAE Team Emirates) and Hugh Carthy (EF Education-EasyPost) haven’t missed a beat so far, but they know something will start to give here.

For Bora-Hansgrohe, the twin ascents of the Lanciano and Blockhaus will shed light on their internal hierarchy, with Wilco Kelderman (seventh at 1:55), Jai Hindley (15th at 2:16) and Emanuel Buchmann (23rd at 2:39) too close to separate to this point.

For the Abruzzo native Ciccone, meanwhile, his home roads will offer a most robust assessment of his credentials as a Grand Tour rider, which have been touted for several years. Like many in this race, there are questions about how far he can go. The Blockhaus will provide some answers.

In Giro lore, the Blockhaus is synonymous with Eddy Merckx. His first stage win in a Grand Tour came on its slopes in 1967. Five years later, he suffered one of the few crises of his imperial phase, when José Manuel Fuente divested him of the pink jersey, and the fearsome reputation of the mountain was established.

In the Giro’s modern history, the Blockhaus is synonymous with polemica. On the race’s last visit in 2017, Nairo Quintana’s stage victory was rather overshadowed by the mass crash – caused by a police motorbike – that ended the overall hopes of Landa, Adam Yates and Geraint Thomas.

On that occasion, the Blockhaus was the day’s only serious climb, and the sizeable peloton, high speed and general tension on the run-in to the ascent only exacerbated the impact of that parked motorbike. This time around, the front group will be altogether smaller by the time the race hits the Blockhaus given that it is immediately preceded by the category 1 Passo Lanciano.

The stage, which begins in Isernia in the Molise region, is one of the toughest of the entire Giro. Traditionally, the race’s most arduous days have been shoehorned into its final week in the north, but a keynote of this year’s edition has been Mauro Vegni’s determination to spread its demands across the peninsula. This isn’t quite the tappone of the race, but with 5,000 metres of total climbing across its 191 kilometres, it’ll do until the tappone gets here.

There is a most abrupt opening, with a three-part climb towards Roccaraso folded into the first 37km. The race hits the category 3 Valico del Macerone immediately after the start, followed in quick succession by the category 2 Rionero Sannitico (10.1km at 6%) and the category 2 haul to Roccaraso (7.7km at 6%), which hosted stage finishes in 2016 and 2020.

Those climbs should provide a springboard for an early break, but the general classification men will be to the fore once the race hits the category 1 Passo Lanciano (10.3km at 7.6%), where the bunch will already be whittled down to its bare bones. “People saved themselves a bit on Friday and Saturday but there’ll be riders and teams looking to do damage tomorrow. It will be a real race from the Passo Lanciano,” said Ciccone.

Following a rapid descent, the road climbs again towards Roccamorice, where the ascent of the Blockhaus begins in earnest. There are three sides to the Blockhaus and the Giro again tackles the most difficult approach, which made its debut in 2017. 13.6km at an average of 8.4%, the climb is notable for its relentlessness.

After 3km or so, the gradient kicks up to 9% and there is little respite thereafter, with the toughest, 14% section coming 4km from the top. The road only starts to level out in the final kilometre, but the damage will be long done by then. The Blockhaus is remorseless.

“It’s both long and steep, so it’s the classic ascent for climbers that hurts the legs. Unlike Etna, you can’t hide or sit in the wheels a bit,” Ciccone said. “It’s a real climb. If you’ve got it, you go for it. If you don’t, you get dropped.”