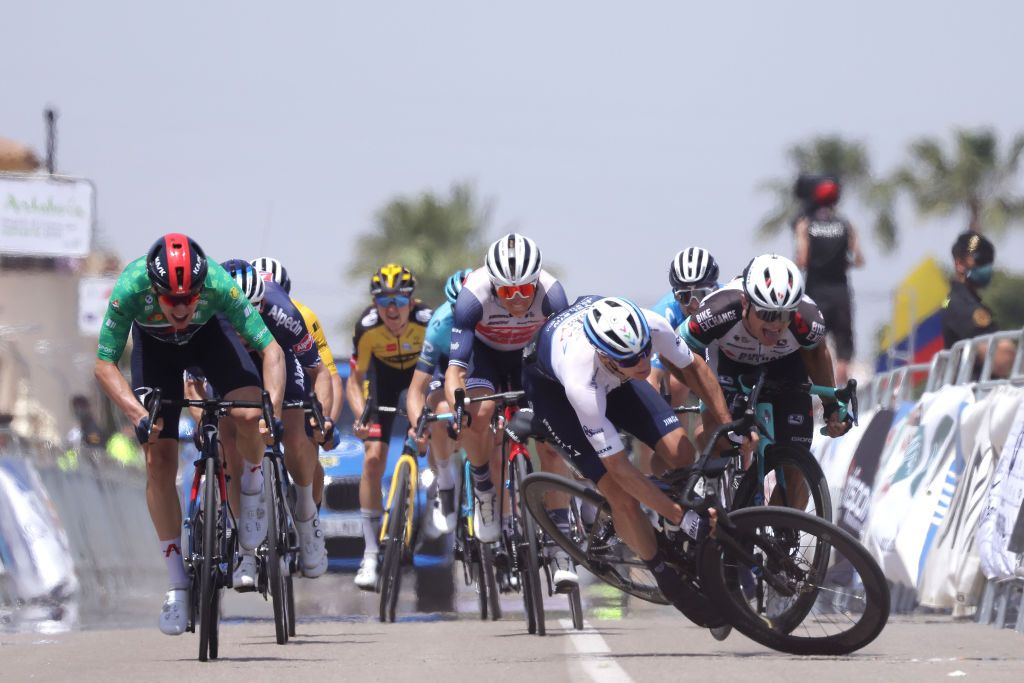 Daryl Impey (Israel Start-Up Nation) has ruled himself out of the Tokyo Olympic Games, with the 36 year-old withdrawing from the South African team as a result of injuries sustained in a crash just before the final finish line of Ruta del Sol in May.

Impey and Robert Stannard (Team BikeExchange) both hit the ground after coming together while sprinting toward the line during the fifth and final stage, with Stannard quickly getting to his feet, however a clearly in pain Impey remained on the ground. His team said after the crash that he was taken to hospital to be examined, but thankfully escaped head injuries. Stannard returned to racing at the Tour of Slovenia earlier this month but Impey hasn’t lined up since.

“Due to the crash and injuries sustained from the final stage in Ruta del Sol on 22 May I am forced to withdraw myself from Team South Africa for the Tokyo Olympic Games this year,” said Impey in a Twitter post. “I wouldn’t sleep at night knowing I wouldn’t be in the best condition possible to represent my country.

“SASCOC [South African Sports Confederation and Olympic Committee] and Cycling SA are aware of my withdrawal and will announce a replacement in the coming days.”

The nation has been allocated three spots for the men’s road race and Impey, who represented South Africa at the Rio and London Olympics, was set to be the most experienced member of the team. The winner of a stage at the 2019 Tour de France – who finished 28th in the Olympics road race in 2016 and 40th in 2012 – started racing professionally in 2008, switching to Israel Start-Up Nation this year after many years with Australian team Mitchelton-Scott.

“I wish the team success in their preparations and I am sad that I won’t be there, but making up the numbers or just pinning on a number is not what the Olympic Games are about,” said Impey. “It’s about an opportunity to make someone’s dreams come true and I wouldn’t want to stand in the way of that happening.”