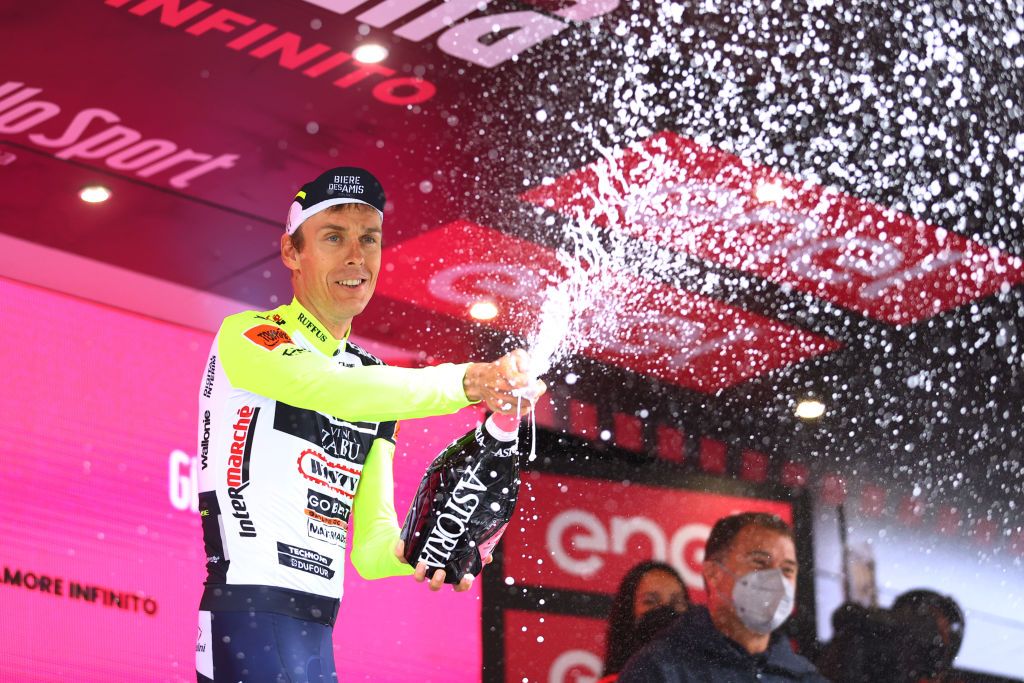 Gone are the days of Marco Pantani dancing away on the hardest slopes of the Giro d’Italia. In 2022, the major mountain stages are a torturous grind for the peloton and the riders who can stand the pain the longest are the ones who come out on top.

On stage 16, a 202-kilometre trek from Salò to Aprica that passed three category 1 ascents, that man was Jan Hirt (Intermarché-Wanty Gobert).

Hirt made the breakaway on the Goletto di Cadino, fought his way back to the leaders when the move split ahead of the Passo di Mortirolo, and then followed a surge from Team DSM’s Thymen Arensman on the final ascent of the Valico di Santa Cristina.

Watch this video to see how deep the Czech rider had to go into the ‘Hirt locker’ to leave Arensman behind.

The maglia rosa, Richard Carapaz (Ineos Grenadiers) was in far less difficulty but still missed out on four important time bonus seconds to Bora-Hansgrohe’s Jai Hindley, who is now just three seconds behind the Ecuadoran in the overall standings.