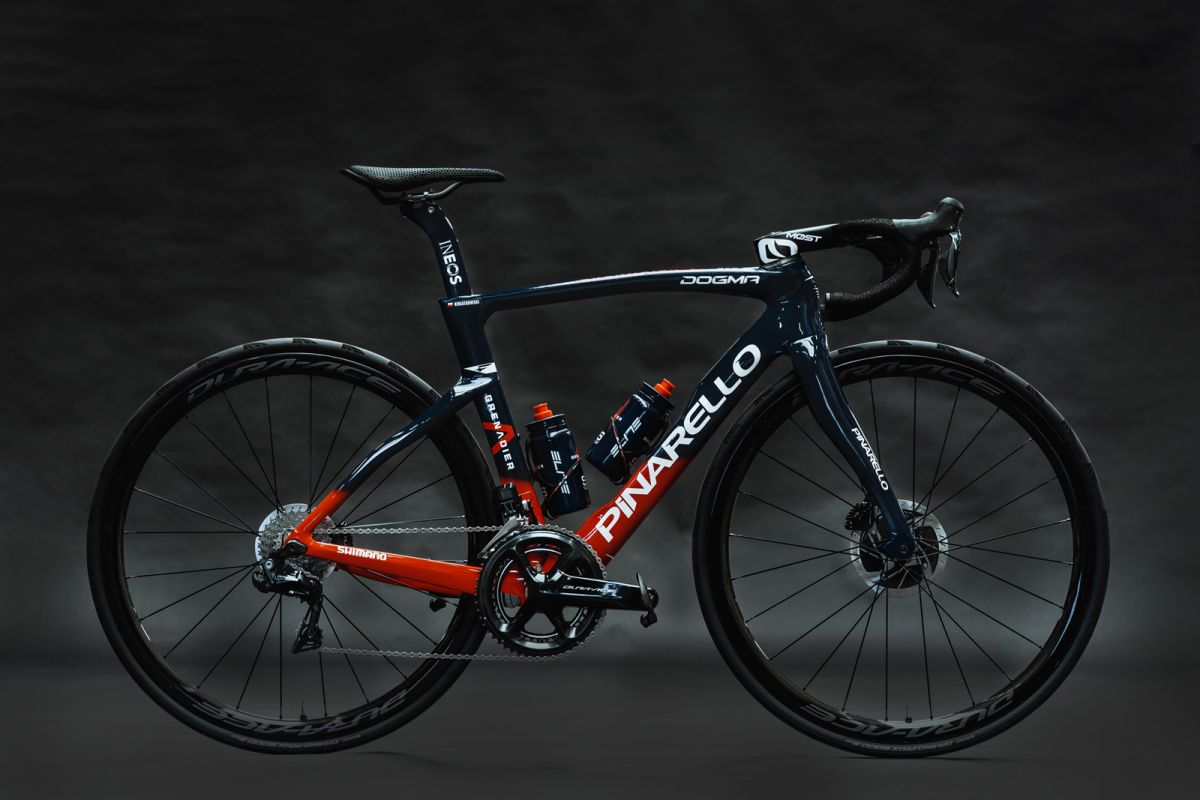 Four years after disc brakes took their first win in the WorldTour, Ineos Grenadiers have announced they will finally move away from rim brakes and use disc brakes at the GP Denain on Tuesday, perhaps as a test for Paris-Roubaix in early October and in the long-term future.

The news is certain to ruffle feathers among rim brake purists who will be quick to remember Egan Bernal’s Giro d’Italia win and Richard Carapaz’s Olympic road race Gold, both of which were aboard rim brake bikes. But with the widespread adoption of the technology in both racing and leisure aspects of cycling, Ineos Grenadiers’ move is likely to speed up the obsolescence of the rim brake concept altogether.

Eighteen of the 19 WorldTour men’s teams have employed disc-brake bikes this season, and while the majority of them are entirely committed to the technology, a couple of teams still operate on a mix of both disc and rim brakes. Until now, Ineos Grenadiers was the only team to have steadfastly remained on rim brakes.

The team has never outwardly explained their reasons but their motivation is widely understood to be based around weight – and a desire to remain as close to the UCI’s 6.8kg minimum weight limit as possible. The team even swapped out their Shimano Dura-Ace wheels for non-sponsor Lightweight Meilenstein Obermayer wheels at the 2019 Tour de France in a bid to bring the weight of their rim-brake-equipped Pinarello Dogma F12 bikes to the UCI limit.

However, this summer’s launch of the lightweight Pinarello Dogma F could well be the key rhetoric behind the British team’s change of tack.

“We are always looking at ways to improve our kit, technology and bike setup to ensure the riders have the very best options that are available,” explained Carsten Jeppesen, the team’s Head of Technical Partners.

“Our relationship with Pinarello has always been grounded in a love of racing and innovation, and their work on the Dogma F Disc should enable our riders to race to their maximum.”

As for whether Ineos Grenadiers will take a hybrid approach in 2022 – using disc brakes for the most part, but maintaining the rim brake option for mountainous days, as UAE Team Emirates has done – we’re yet to know but Jeppesen is working towards an ‘all-round disc package’.

“Working closely with Pinarello and Shimano, we will continue to develop the all-round disc package, optimising weight, the integration across Dura-Ace, and improvements in the quick release system,” he continued.

Fausto Pinarello, who in 2017 famously said: “We don’t think a high-performance bike needs disc brakes,” has since reversed those opinions, and has today backed disc brake technology to the fullest.

“I’ve been convinced about disc brakes since I started riding them myself and I’m happy the team is going to race on them in the final part of this season,” he admitted.

“The Ineos Grenadiers are constantly pushing for excellence in everything they do and we are delighted with the Dogma F Disc we have developed with the team.”