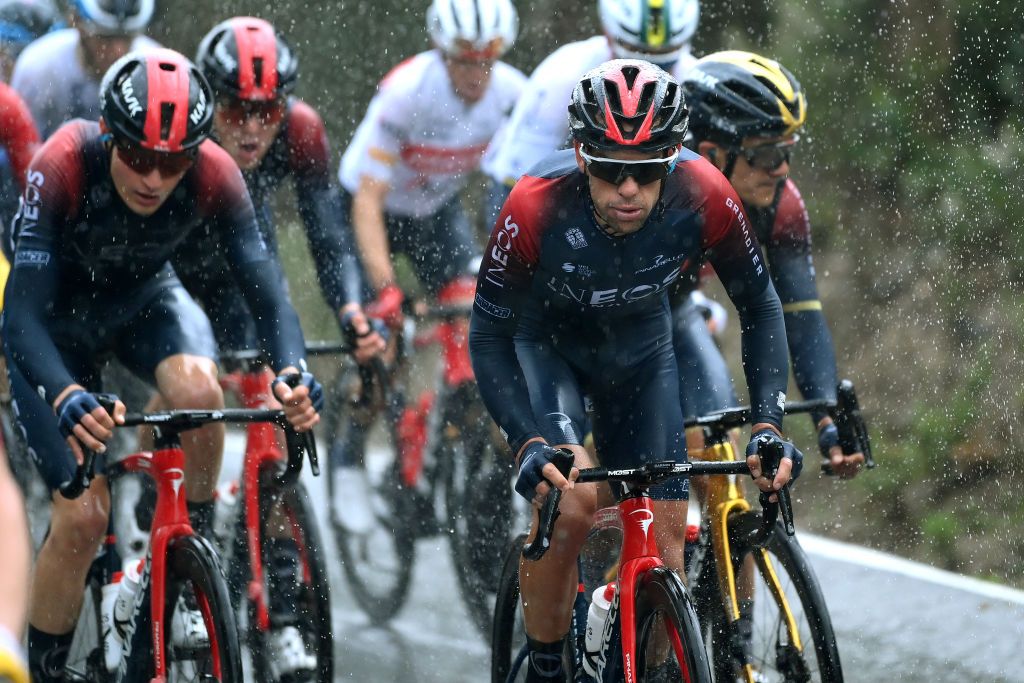 Ineos Grenadiers remained upbeat at the 2022 Volta a Catalunya despite their untimely loss of Richie Porte on stage 2, with the unwell Australian veteran having to quit some 50 kilometres from the line.

A former Volta Catalunya winner and recent top five finisher in Tirreno-Adriatico, Porte was one of multiple cards the British squad planned to play in the GC battle at the seven day race. But as sports director Brett Lancaster told Cycling News, after getting through Monday’s opening stage with the main pack, things went awry for Porte on Tuesday.

“He was ok yesterday [Monday] but got sick during the race today,” Lancaster said. “So he decided to stop and we’ll make sure he recovers well.”

On the plus side for the team that took all three top spots in Catalunya last year – with Porte slotting into second between Adam Yates and Geraint Thomas – both Richard Carapaz and Pavel Sivakov made it into the front group of some 40 riders that sheered away in the closing kilometres of stage 2. That means both remained poised to fight in the GC battle.

Carapaz is himself coming back from a bad bout of sickness that knocked him out of Tirreno-Adriatico but so far at Catalunya, even if the mountain stages are yet to come, the Olympic champion has been striking all the right notes.

“We’re not expecting massive things because he’s still building for the Giro, “ Lancaster said. “But he’s in a good place, so that’s promising.”

“He punctured just before the crosswinds section and lost time,” said Lancaster. “But that’s cycling, it’s one of those punches you have to take. He’ll keep fighting, it hasn’t phased him, he’s a very level headed kid.”

“And Pavel is moving well as well. It’s not like Richie’s out – game over for us. We’ve still got some options, a lot of quality riders who can step up.”

Another potential challenger for the overall would undoubtably have been defending champion Adam Yates, but as Lancaster told Cycling News before stage 1, a decision tweak his race plans slightly after a a travel-heavy start to the season meant Catalunya had to be sidelined.

“He’d done altitude in Sierra Nevada and then went onto UAE and Paris-Nice and did some recon in Denain up there for the Tour,” Lancaster said. “So it was a lot of travelling. It’s best he has a mini break and builds back up again.”

Looking globally at Catalunya’s route for the 2022, Lancaster, who was directing Ineos Grenadiers last year when they took their historic 1-2-3 finish on GC, said the lack of a time trial has definitely changed the race narrative.

“A lot of teams have seen that and know they’ll have a chance to take this race on,” he pointed out. “It’s an exceptionally good line up this year.”

As for whether losing 33 seconds means the GC threat posed by Simon Yates has been neutralised – especially given the Volta a Catalunya is often won by far less time – Lancaster argues it’s a setback for the BikeExchange rider but far from a  definitive blow.

“Obviously I can’t say for sure what he’ll do but it probably just means that Simon will attack a bit earlier on the climbs.”