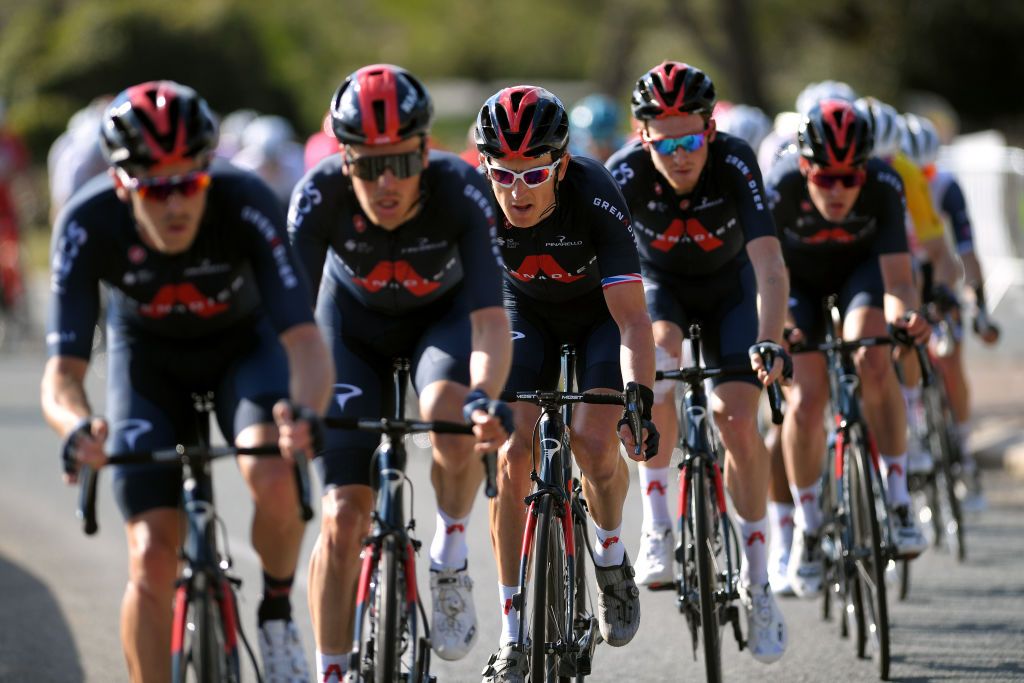 There was no place for Rohan Dennis, who has been linked to a move to Jumbo-Visma for 2022, nor, as expected, does Egan Bernal feature. The Colombian has recently recovered from COVID-19 after winning the Giro d’Italia.

Geraint Thomas revealed the final line-up in a video message. This year’s course suits him thanks to the two time trial stages but Thomas, like team manager Dave Brailsford, avoided naming the team leaders.

“I’ve had a decent year so far and I’m getting better all the time. I’m feeling good and looking forward to a good Tour with the team,” he said.

“We’ve got a lot of good options and cards to play. I’m super motivated for a big Tour.”

Ineos Grenadiers switched to a far more aggressive style of racing after Thomas crashed out of the 2020 Giro d’Italia, winning seven stages before Geoghegan Hart emerged to win in Milan.

Tadej Pogacar (UAE Team Emirates) and Primoz Roglic (Jumbo-Visma) are considered huge rivals but Brailsford insisted Ineos will be aggressive as they try to beat the two Slovenians, promising to “make our opposition focus for every kilometre of every stage.”

“We won’t win this Tour by sitting in the wheels. We have the team to make it a racers’ race, take the initiative, seize every opportunity and make our opposition focus for every kilometre of every stage,” Brailsford said.

“We have changed our race philosophy this season to being more open and aggressive. Our performances have built all season and a joy of racing has infused the whole team.

“This more adventurous approach has led us to fearless racing and this is exactly how we will hit the Tour. We will seek out every moment in every stage where the race is on and try to exploit it. Key for us this Tour is our collective strength and camaraderie to the end. Expect the unexpected.”