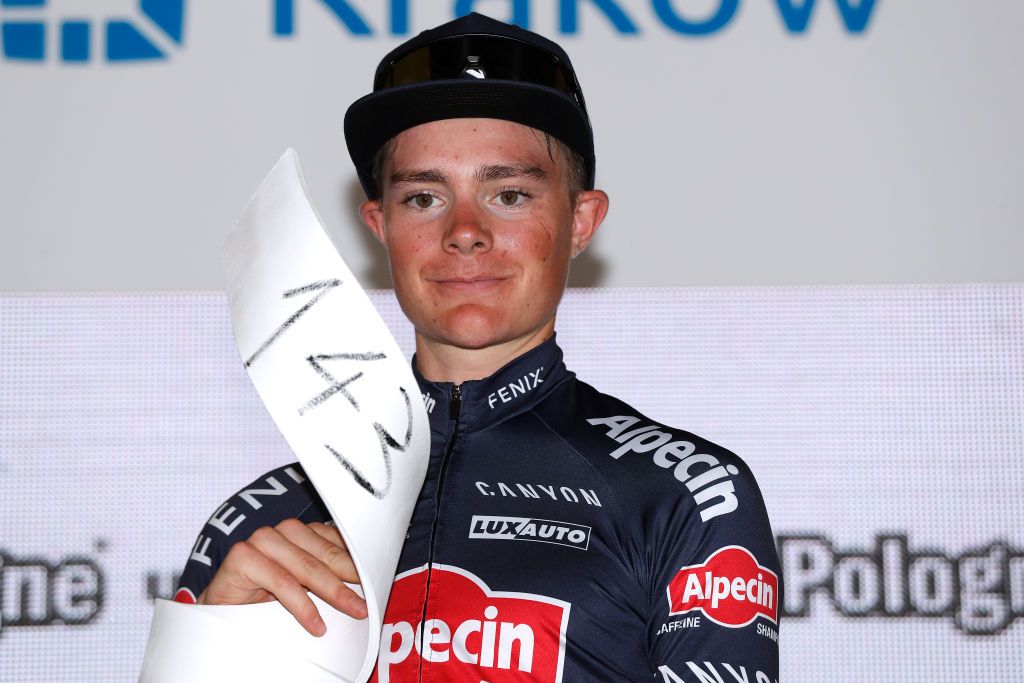 Ineos Grenadiers have added another young British talent to their ranks, snapping up 20-year-old Ben Tulett from Alpecin-Fenix.

Like Tom Pidcock, who is enjoying a successful first season with the British team, Tulett has a background in cyclo-cross, winning the world title at junior level on two occasions.

He skipped the U23 ranks to turn professional with Alpecin-Fenix in 2020 and has quickly showcased his potential on the road, notably in the Ardennes Classics. After becoming the youngest rider in more than 100 years to finish Liège-Bastogne-Liège in 2020, he placed an eye-catching 12th at this year’s Flèche Wallonne.

If that didn’t spike interest from WorldTour teams, his ninth place overall at last month’s Tour de Pologne certainly did, and he was unveiled as an Ineos rider for 2022 on Thursday.

“It’s been the team I’ve always looked up to. I remember thinking, ‘I’d love to be on that team one day’. Fast forward nine years and I’ve just signed my first contract here. I couldn’t be happier,” Tulett said.

Tulett is well-versed in the explosive efforts of cyclo-cross and has shone on the punchy terrain of the Ardennes and the Tour de Pologne, but he sees his long-term future as rounded Grand Tour general classification rider.

“It’s my dream to be a GC rider. To win the Tour [de France] is my big long-term ambition,” Tulett said.

“A GC rider is what I always wanted to be and I want to continue to develop into a GC rider. I think Ineos can give me the tools to do that, in the very best environment. It will be really important to settle into the team, invest in what Ineos is all about and continue developing on the bike and progress the results I’ve already had.”

Tulett is Ineos Grenadiers’ second signing for 2022 and another youngster after they won the race for Australian elite time trial champion Luke Plapp, who will ride for the team as a stagiaire for the remainder of the season.

He is the sixth British rider on the books for next year, following Pidcock and Ethan Hayter as young home riders and joining Tao Geoghegan Hart, Adam Yates, and Luke Rowe.

The team have yet to announce future plans for Geraint Thomas, Ben Swift, and Owain Doull, while other riders uncertain of their future include Gianni Moscon and Ivan Sosa. Ineos will lose Rohan Dennis to rivals Jumbo-Visma, while Michal Golas will retire at the end of the year.

Rod Ellingworth, the team’s director of racing, added: “Ben is a young British rider who we’ve been watching for a while. He has made impressive progress over the last year and his approach and attitude is exactly what we look for in an Ineos Grenadier. We think his passion for racing combined with our team environment will help push him on to the next stage of his career.”