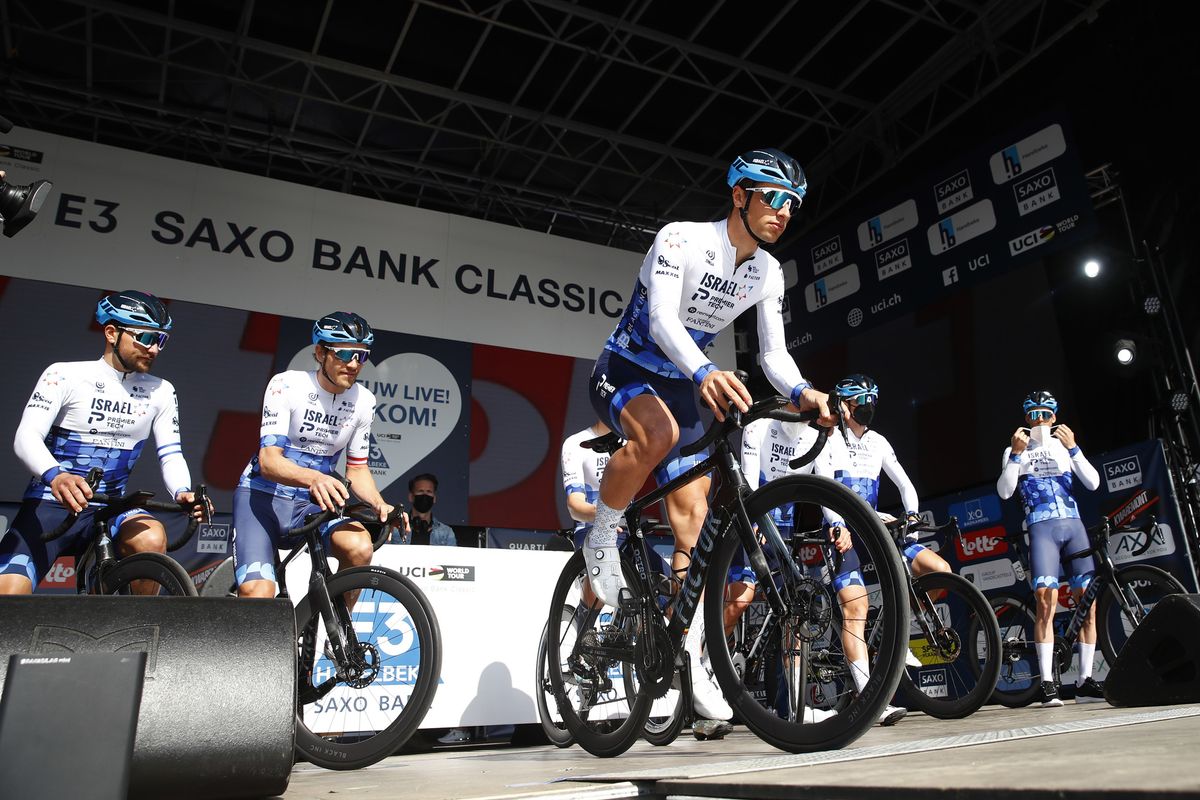 The start line of the Tour of Flanders will be lacking a full team on Sunday after Israel-Premier Tech announced their withdrawal from the race, with two COVID-19 cases among the squad in Belgium putting their entire cobbled Classics team out of action.

On Friday morning the squad announced that all of their riders and staff in Belgium have to be considered close contacts of the two team members positive for COVID-19. That, in combination with already existing illness and injury in the team, has meant they can’t race on Sunday.

At Wednesday’s Dwars door Vlaanderen, the team started with just three riders after Guillaume Boivin and Jenthe Biermans were late scratches due to illness. On the morning of the race, cobbled Classics leader Sep Vanmarcke talked of a “funeral atmosphere” among the team. The Belgian had been working his way up to top form himself, having been ill earlier this month.

As well as missing out on the Tour of Flanders, Israel Premier-Tech will also skip Scheldeprijs, which runs next Wednesday.

“This is a very regrettable situation and we are extremely disappointed to have to withdraw from Ronde van Vlaanderen,” said team manager Kjell Carlström.

“This decision has not been taken lightly but we feel this is our only option at this stage. It is no secret we have had Covid-19 and other illness and  crash-induced injuries wiping out the majority of our riders at one stage or another in recent weeks.”

“Right now, we have very few healthy riders who could take to the start line. But they are now close contacts, and it is out of respect for the race and the rest of the peloton that we are taking this decision. It is our duty of care towards the other teams to not be willingly sending riders who have been exposed to COVID-19 into a race.”

“By withdrawing from the race, we are allowing our cobbled classics riders to recover and hit the reset button. No one is more disappointed than us but hopefully, this decision will allow us to save the remainder of the spring season and get back on track.”

Team leader Vanmarcke told Het Nieuwsblad that the team had hit its lowest point with the withdrawal.

“We just don’t have enough riders anymore,” he said. “Rudy Barbier dropped out with corona and our cook also tested positive. I fear there are more to come. We have reached the lowest point. You can’t fall any deeper as a team than simply not having enough pros to ride the Ronde.

“Not that I would play a significant role in the Tour of Flanders this time, but I would have liked to be there, to be part of the peloton,” he added.

He’ll now head to Dénia in Spain for a warm weather training camp ahead of his main goal of the spring, Paris-Roubaix.

The squad, who were already lacking Giacomo Nizzolo (fractured wrist) and Tom Van Asbroeck (blood clots) for recent races, join a growing list of riders missing the Tour of Flanders due to illness and injury.

Peter Sagan (TotalEnergies), Quinn Simmons (Trek-Segafredo), and Stefan Bissegger (EF Education-EasyPost) are among the major names to have already withdrawn from the race, while Wout van Aert’s participation is in doubt after missing Jumbo-Visma’s course recon on Thursday.