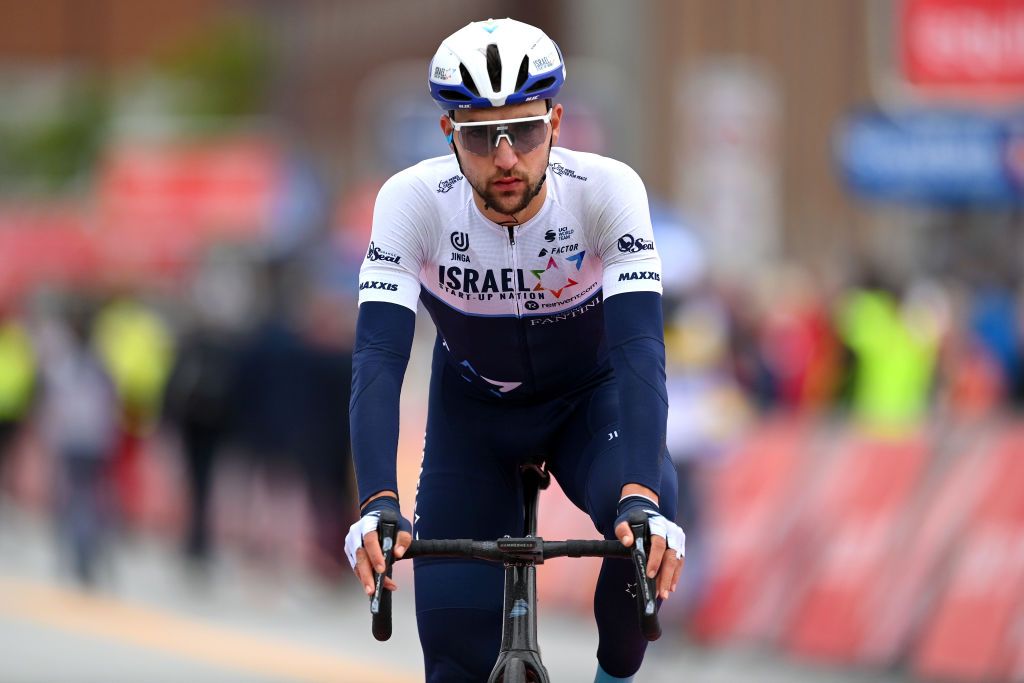 As they begin their first ‘post-COVID’ training camp in Jerusalem, Israel Start-Up Nation have confirmed the contract extensions of the four Israeli riders on the squad.

Guy Sagiv, Itamar Einhorn, Guy Niv, and Omer Goldstein bring the team’s squad to 30 riders next season, completing the line-up for their third year in the WorldTour.

Sagiv heads into his eighth season with the team, having joined partway through its debut year in 2015, while Einhorn, 24, has just completed his second year as a pro. Goldstein and Niv have been on board since 2018.

The presence of the four riders on the 2022 squad continues the team’s ethos of promoting homegrown talent, including the Israel Cycling Academy Continental team, which in 2022 will include a record nine Israeli riders.

“The Israeli riders are constantly progressing,” said team general manager Kjell Carlström. “We have all seen some great results from them in the last year and we hope they will continue to progress like this.

“There is also a new generation of young Israeli riders coming up through the ranks of our development team. It’s great that we can help challenge them in order to evolve as riders. All in all, we are expecting to great performances by the Israeli riders in the coming years. Both in terms of personal results and in terms of helping their teammates succeed.”

Sagiv has five national titles on his palmarès across the road and time trial, while Niv won the time trial title in 2019.

“I think the past year has been a turning point for the group,” Sagiv said. “We Israelis have been given opportunities and leading positions due to the fact that we are truly riding at the level of the rest of the team, and not because we are the Israelis on an Israeli team. I expect this trend to continue, I expect to see the next generation coming up in our wake, and very much hope that the number of Israeli riders will increase.”

Niv added: “We saw a big improvement in the Israeli riders on the team over the last year, with achievements and results that we had not seen before. I am convinced that in the coming year the trend will continue, and we will see much bigger things. Personally, in the coming season, I will be looking to continue to improve and move forward. I look forward to supporting the team and contributing to results in the big races as well as getting a chance in a smaller race to lead and try to win.”

Goldstein, 25, made his Tour debut this season, and also has three national titles to his name – including the 2021 time trial crown – while Einhorn provided the top moment of the year for the Israeli contingent as he beat Peter Sagan in the sprint finish of the final stage of September’s Tour of Slovakia.

“I am proud to continue with all my Israeli teammates, showing we are on the rise,” said Einhorn. “I was able to up my game and got rewarded with a victory. Now, I feel that the sky is the limit for me.”

The four men will continue through the 2022 season, with ICA team manager Aviad Izrael saying: “I expect they will get plenty more opportunities again in 2022”.

The signings are set to be the final moves of the off-season for the team, which moved up to the WorldTour after buying the folding Katusha-Alpecin’s license for 2020.

This season the team have bid farewell to the retiring André Greipel and Dan Martin, while Davide Cimolai and Alexis Renard are Cofidis-bound, and Hugo Hofstetter heads to Arkéa-Samsic.