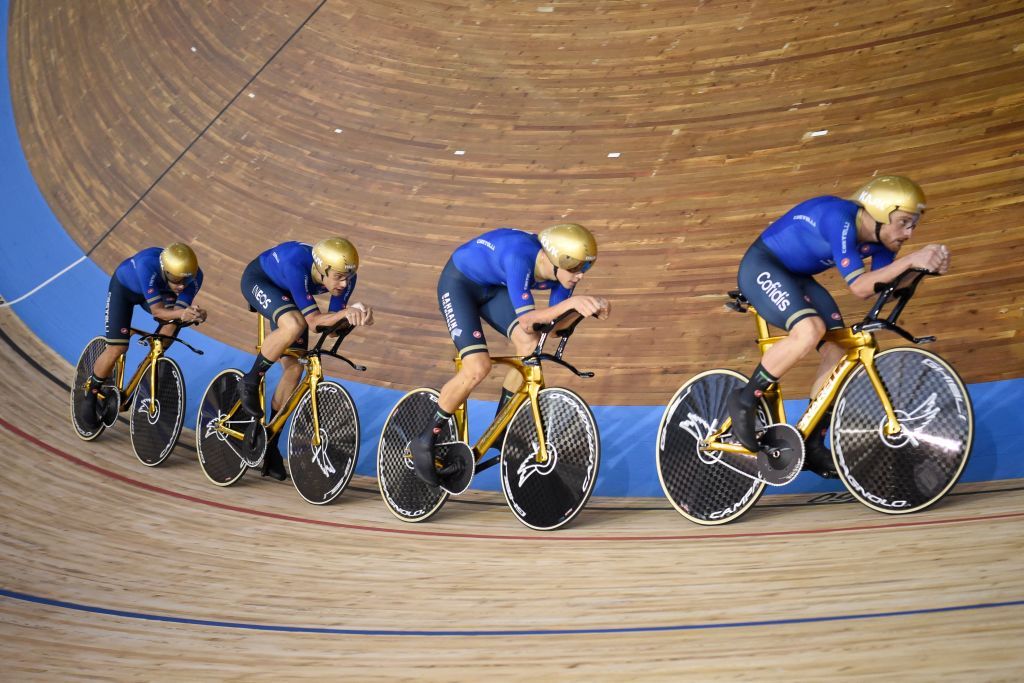 The Italian national team have been hit by a bike theft at the UCI World Track Championships after 20 bikes were taken from their hotel in Lille.

Italy has been the most successful squad at the Worlds in Roubaix this week, picking up seven medals including golds in the men’s Team Pursuit and women’s Scratch and Elimination races, but thieves have put a major dampener on the week after getting away with 15 track bikes plus 15 other bikes on Friday night.

The Pinarello track bikes, which incorporate titanium 3D-printed handlebars and include the gold-painted bikes that Filippo Ganna, Liam Bertazzo, Jonathan Milan, and Simone Consonni rode to Team Pursuit gold on Thursday, have an estimated value running into the hundreds of thousands of Euros.

The bikes had been loaded into a minivan set for a return to Italy after being used at the Worlds and were thought to be secure after the Italian team selected a hotel specifically for its safety, said the head of the Italian delegation Roberto Amadio.

“They were well organised,” Amadio said of the burglars to La Gazzetta dello Sport. “We knew how difficult the trip could be from a [safety] point of view, so we chose to stay in a hotel with a private, monitored car park even if the commute each day was a bit more demanding.

“Evidently, even these measures didn’t stop the perpetrators.”

The bikes of Ganna, Bertazzo, Milan and Consonni are valued at around €30,000 each, with the handlebars alone thought to be worth over €10,000. La Gazzetta reported that local police are assuming that the theft is the work of professionals who knew exactly which van to target despite the safety measures in place.

The Track World Championships continues on Saturday and Sunday, with Italy’s remaining competitors still able to compete – their bikes were kept in the Roubaix velodrome overnight.

Pinarello have appealed for information on the theft, noting that anyone who sees the bikes put up for sale can get in touch at infobike@pinarello.com.