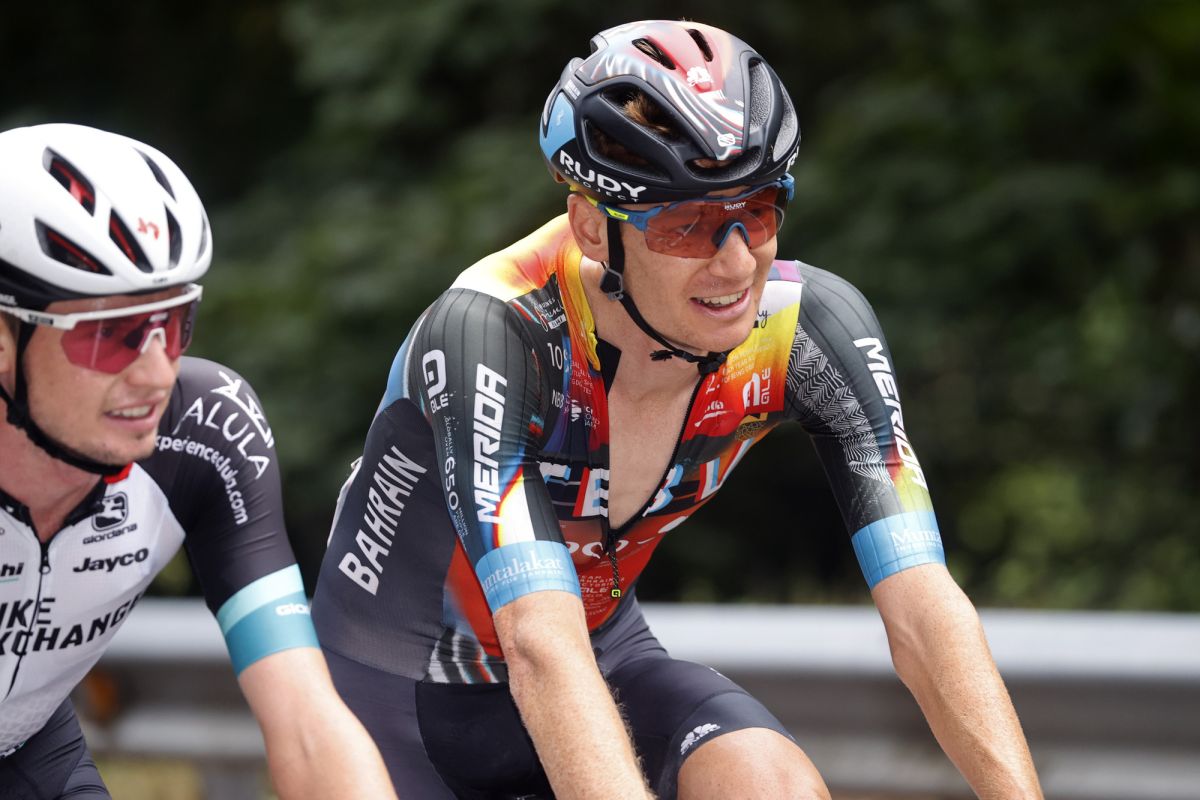 Bahrain Victorious made much of the running in the red jersey group on stage 18 of the Vuelta a España, but their forcing didn’t succeed in putting Jack Haig among the podium places atop the wickedly steep Altu d’El Gamoniteiru.

Haig had to settle for fifth place on the ascent, 58 seconds down on stage winner Miguel Angel Lopez (Movistar) and 34 behind red jersey Primož Roglič (Jumbo-Visma). In the overall standings, the Australian remains fourth overall, now 4:36 behind Roglič and 1:43 off a podium spot.

“The team rode super well today, I’m really happy with the work they did and this final climb is brutal super steep and quite cold now up top,” said Haig, who explained his squad’s efforts throughout the day had been partly inspired by their pursuit of the team classification

“It was a bit for the team classification, but I also wanted a really hard day to see if anyone cracked. We had a really hard day yesterday and I thought to put everyone under pressure, we’d ride hard all day with a super high tempo and then someone might crack on the final climb. But everyone was super strong and I’m not sure GC changed too much.”

Lopez launched his winning move with 4km to go, and Haig was unable to follow when Egan Bernal (Ineos), Roglič and Enric Mas (Movistar) set out in pursuit closer to the summit. He succeeded, however, in limiting his losses to Bernal to retain fourth place by 7 seconds from the Colombian.

Haig rode to the finish in a small group that also included his teammate Gino Mäder, who climbed two places to 8th overall by the summit.

“I can’t say enough good things about Gino, he was amazing again today,” said Haig. “So were Wout [Poels], [Damiano] Caruso, Jan [Tratnik] – everyone to be honest, everyone is super strong.”