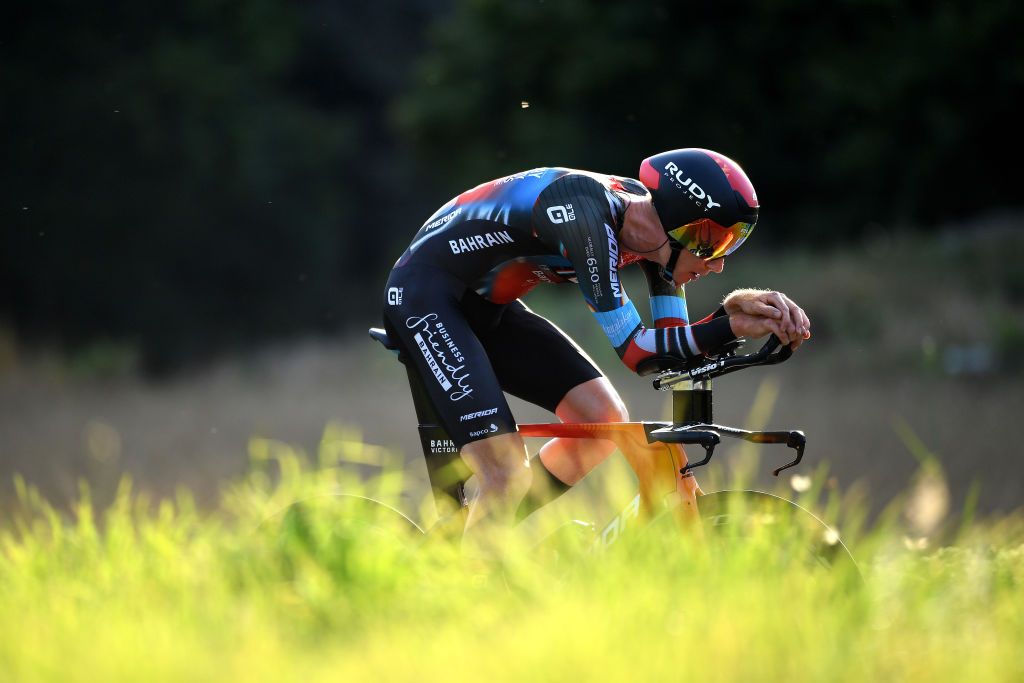 Jack Haig’s Tour de France came to an abrupt end this year as he crashed on stage 3, shattering his collarbone and hopes for success at the first Grand Tour he was targeting with overall ambitions.

Nevertheless, the Bahrain Victorious rider is preparing for another shot in 2022 with his morale refreshed as he now knows that he has what it takes to perform over three weeks after his injury rebound landed him in third place overall at the Vuelta a España.

“The result in the Vuelta has given me a bit more confidence now to really go into the bigger stage races with confidence that I can do it and I can achieve a good performance over three weeks,” Haig said in a video conference from the Bahrain Victorious December training camp in Spain.

“Whereas going to the Tour de France this year before I had my crash, there was a bit of uncertainty there because it was the first time that I really had been given the opportunity by the team and also had the pressure on myself to build up to such a big race and try to perform at three weeks.”

Haig, 28, shifted to Bahrain Victorious from the team he’d started his career with, Mitchelton-Scott, at the start of 2021. He delivered top-10 overall placings at both the Tour de la Provence and Paris-Nice, then picked up the level at the Critérium du Dauphiné with fifth overall, having well and truly settled into the team by that point in the season even though the year required some unexpected adjustments at the start.

“Going all the way back to the very beginning in January, the team changed a lot to what I initially signed for when I joined,” Haig said. “I’d agreed with Rod Ellingworth, and [at the time of signing] McClaren were still partners, so the first half of the season, or maybe three months of the season, were a little bit complicated to adjust for not only myself, but everyone.

“And then slowly, as the racing season went on around maybe Paris-Nice time I really sort of started to feel much more comfortable in the team and the team was getting much more organised and streamlined in the racing.”

The Dauphiné result was a clear indicator of that, and then onto the Tour de France where Haig delivered a promising start, getting through first two days near the top of the results table, but not a third. It was not the Tour de France he expected, and also ended his Olympic dreams, but nor was the Vuelta the race he expected, though this time that was a good thing.

“Doing a consistent three weeks at the Vuelta was a really big goal for me, personally to prove to myself but also to the cycling world that I can be a GC contender in Grand Tours,” Haig said.

The Australian finished his season on that high note of the Vuelta, where he stepped up to the plate after designated team leader Mikel Landa faltered, and plans to return to racing in 2020 at an event that is likely to dish up the warm conditions he favours.

“My first WorldTour race will be most likely UAE Tour, and then it’ll follow a similar path to hopefully the Tour de France, like this year. So I’ll do UAE Tour, Paris-Nice, maybe Catalunya if there is an opportunity there, altitude training camps and then Dauphiné and then hopefully the Tour if it all works out.”

Before then, Haig says he’ll turn his attention to the race to against the clock, an area where his performances have seen him fall behind the top GC riders, with his time in the final 33.8km time trial of the Spanish Grand Tour nearly three minutes off that of stage and overall winner Primož Roglič (Jumbo-Visma).

“The team have identified that we need to improve the time trials a little bit, not only for myself but for the team in general,” Haig said.

“We have some really strong riders here so we are working super hard during this December training camp and in January on optimising the TT set up and hopefully we can turn the longer TT’s – for example in next year’s Tour de France at the end -into a bit more of an advantage rather than a disadvantage.”

SOURCE: CyclingNews   (go to source)
AUTHOR: Simone Giuliani Stephen Farrand
All copyrights for this article, including images, are reserved to the original source and/or creator(s).