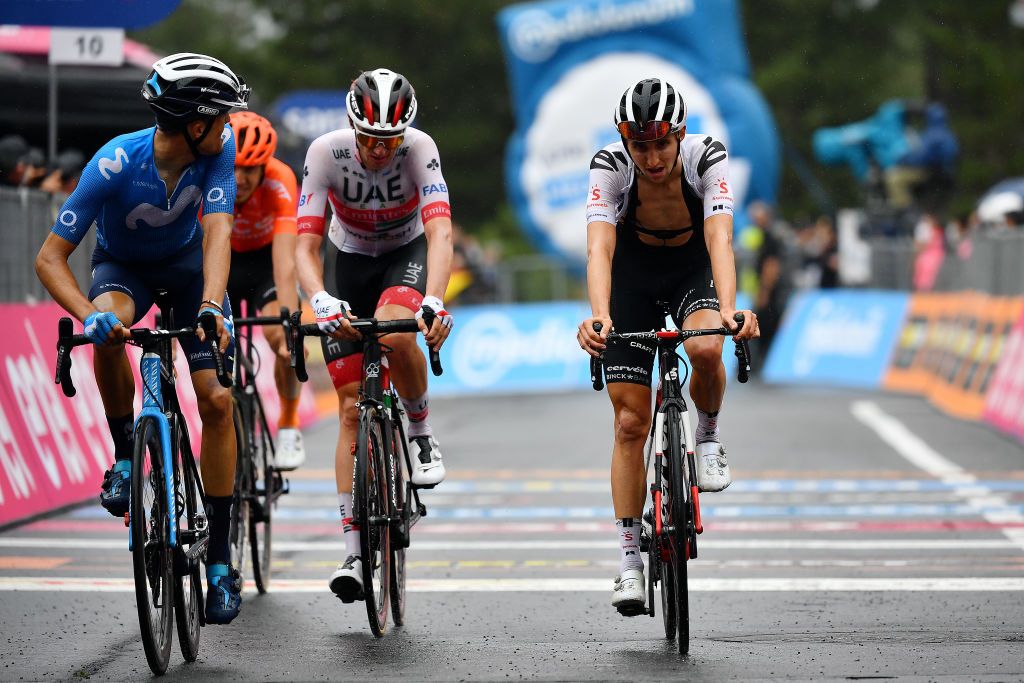 The Giro d’Italia peloton may still be sleeping in Hungary tonight but Tuesday’s first crunch climb of Mount Etna is looming ever larger in its collective imagination. Jai Hindley (Bora-Hansgrohe), for one, is hoping there is no repeat of history, with his previous Giro ascent of the volcano back in 2020 a low point in an otherwise hugely successful Grand Tour.

Hindley finished that Giro d’Italia on the podium, of course, and with a stage win and spell in pink to his name. But in the first week on Etna two years ago, the 26-year-old tells Cycling News, he was holding onto what was left of the peloton for grim death and praying things did not get worse.

“I had stomach cramps, I suffered a lot and was lucky to lose as little as I did,” Hindley said. “Fortunately I haven’t had those issues that much since and I’m actually looking forward to it this time.”

“In 2020 I had a bad day, but in the end the third week is always so dramatic it can turn things round. What feels like quite a lot of time [lost] now can be turned on its tail,” he reflected.

While Hindley is waiting for his chance to come, his Bora-Hansgrohe  teammates have been notably active so far in the race. Lennard Kämna first made a sustained acceleration late on stage 1 on the ascent to Visegrad and then had enough in the tank to notch up a provisional best time in the Giro’s time trial on Saturday before ending up in eighth in the race against the clock. Wilco Kelderman also made a much shorter move on Friday, coming fifth, and then finished an impressive seventh in the time trial.

All good news for Bora-Hansgrohe although the flip side of it all is Emanuel Buchmann’s time loss of nearly a minute in the Budapest TT. But this was not due to poor form, as could be seen by Buchmann’s top 20 result on Friday. Rather the German was unlucky enough to crash on one of the course’s more technical corners and although he could finish, he did pay a high price time-wise.

Overall, Hindley said, “the team’s doing a good job, we’ve got lots of good morale and everything to play for.”

“In the TT I was personally pretty happy with the ride. It could have gone a bit better, could have been a bit worse. But either way it’s not the end of the world,” said Hindley, after losing 34 seconds to Simon Yates (BikeExchange-Jayco) on the time trial stage.

“Before that on the uphill finish [on Friday] I lost a bit of time but it’s not anything to be too stressed about, either,” said Hindley, who shed four seconds to Richard Carapaz (Ineos Grenadiers) that day, but was tucked in the group with most of the overall contenders.

“Those punchy finishes are probably not my strongest ones, so I’m  pretty happy I finished up there with the main GC guys.”

As for the opposition in general, Hindley argues that “obviously Simon Yates is doing very well but among the GC riders, the level is very high this year.”

“It was a strange time trial though, guys who don’t normally time trial  well were doing great and it was probably more suited to GC riders than specialists.”

Hindley himself had a minor moment of celebration in any case, off the race and in the team hotel, as Thursday was his birthday.

“It was really nice with the team, how  it all  happened,” he recounted with a grin, “I didn’t tell anybody it was my birthday and they knew somehow.”