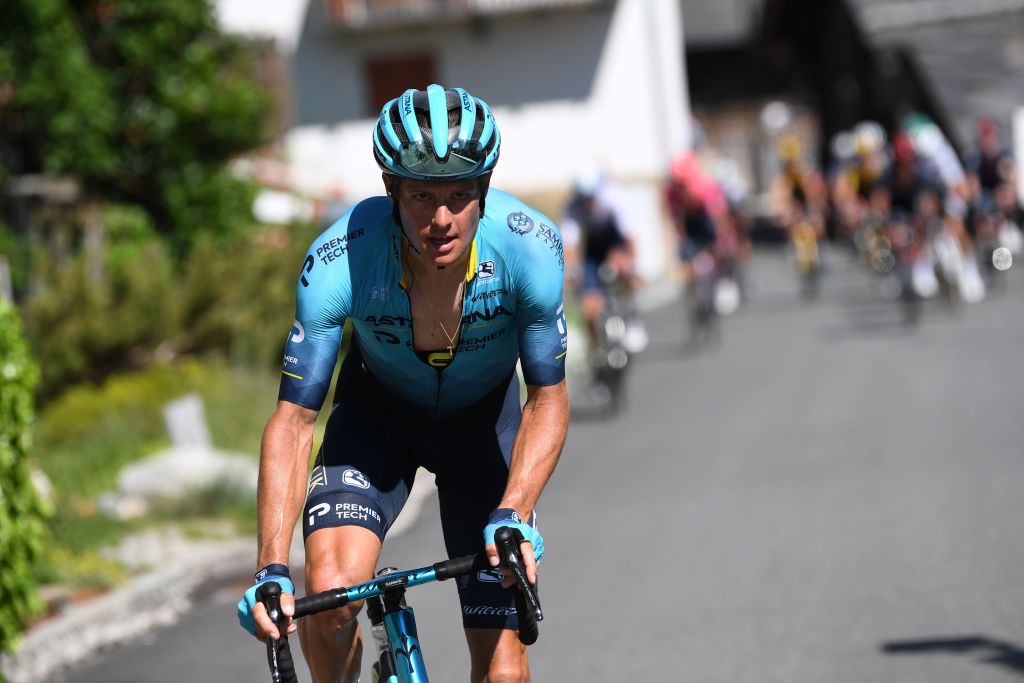 Cycling News understands that Jakob Fuglsang will race for Team BikeExchange in 2022.

The 36-year-old, who is currently out of action with a fractured collarbone sustained in the Benelux Tour, had been linked with a move to Cofidis earlier in the summer but Cycling News has learned that the Dane has agreed a multi-year contract with the Australian team.

Fuglsang isn’t the only possible transfer from Astana to BikeExchange, with Cycling News aware that there have been discussions between Gerry Ryan’s WorldTour team and sponsor Premier Tech about a possible long-term deal.

There are several moving parts still to be finalized but, if agreed, the deal would secure the long-term future of Gerry Ryan’s men’s and women’s WorldTour teams after the owner previously stated that he would consider ending his funding at the end of next season. Team BikeExchange and Premier Tech would not comment when contacted by Cycling News.

Ryan has virtually singlehandedly bankrolled a men’s and women’s programme for an entire decade, with success at every race in the world. However, finding a secure long-term future has been a challenge. Last year the team also went forward with a project that included the Manuela Foundation but Ryan pulled the plug after it became clear that the potential partners were not suitable and did not share his vision.

Premier Tech, a Canadian company, has been involved in cycling for several years and stepped up to co-sponsor status at Astana at the start of this campaign. That contract was torn up in August after Premier Tech and the Kazakh shareholders clashed over the role of Alexandre Vinokourov, with the team boss initially fired before being reinstated.

That turnaround essentially ended the deal between Astana and Premier Tech and the Canadian firm was quick to insist that it would return to the sport with a long-term vision.

There had been rumours of a merger between Premier Tech and several squads, including Rally Cycling, Qhubeka-NextHash and Israel Start-Up Nation, but several sources have told Cycling News that BikeExchange are now leading the pack when it comes to agreeing on a long-term project. Giant has been strongly linked to join the team as the bike supplier.

A new partnership of this nature would essentially save both the men’s and women’s squads, as well as bring on board a number of riders and support staff. Cycling News understands that Fuglsang would join the team along with Hugo Houle. Steve Bauer is likely to move across as a team director.