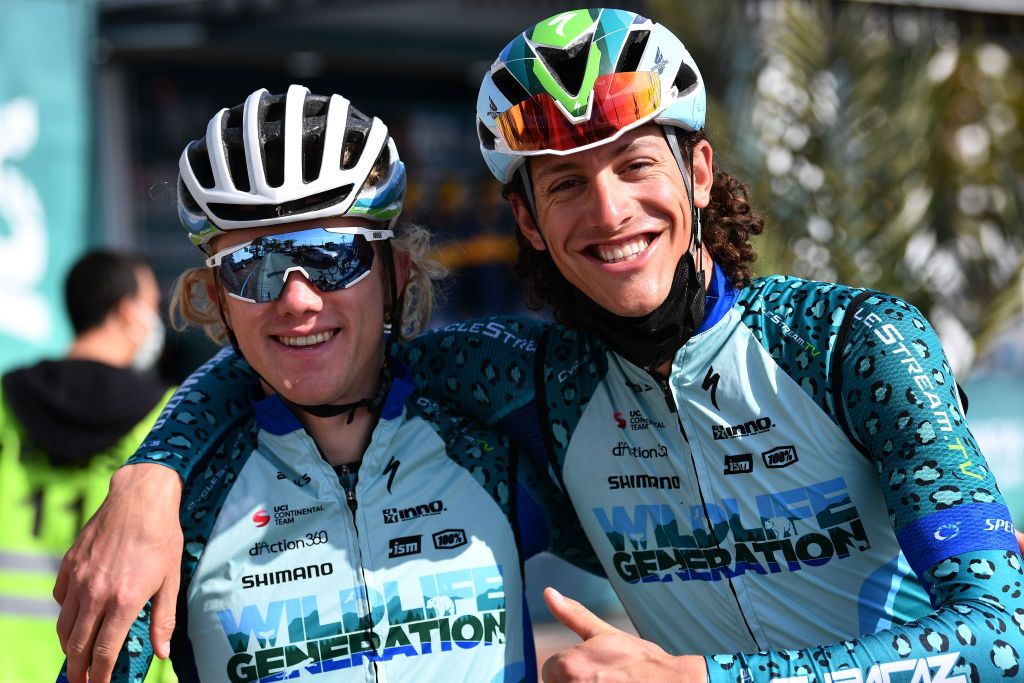 Fabio Jakobsen showed his class and strength of character after a massive pile-up disrupted the sprint on stage 4 of the Presidential Cycling Tour of Turkey on Wednesday. Between the crash and celebrating with Deceuninck-QuickStep teammate Mark Cavendish, who won his fourth straight stage, Jakobsen stopped to give an encouraging fist-bump with Noah Granigan (Wildlife Generation Pro Cycling) who was injured in the fall.

The massive crash came with only 200m to go in Kemer when there was a touch of wheels near the front of the peloton and riders crashed across the entire finishing straight, with Alpecin-Fenix’s Alexander Krieger and Hijiri Oda (Nippo-Provence PTS) crashing into the barriers on either side of the course. Both, however, bounced off and back onto the course because the barriers held together. As of this writing, however, there have been no reports of serious injuries and Granigan required stitches for cuts but avoided any broken bones.

It’s a testament to the importance of the UCI’s newly-introduced standards for barriers in finishing straights, but the crash was still no less horrifying than Jakobsen’s own in the Tour of Poland last year. Dylan Groenewegen elbowed him into the race’s substandard barriers in the opening stage and they collapsed and flew into the onrushing peloton, causing dozens of other riders including Groenewegen to fall.

Jakobsen, who was hit in the face by the barrier as he fell, nearly lost his life in that incident and spent months rehabilitating after suffering a severe head injury and losing almost all of his teeth.

Having returned to the peloton for the first time since his crash at the Tour of Turkey, Jakobsen has been instrumental in helping Cavendish to a string of four victories.

Jakobsen admitted to being nervous in the opening stages.

“I must admit that in the beginning, when they swung right and left and the bunch had to brake a couple of times, I got a bit scared, but the second time it was less and almost home, then afterwards everything was fine,” Jakobsen said this week.

Jakobsen was at Cavendish’s side deep into the final kilometre and so was close to the crash when it happened.

“I know that’s not nice for him to see the crash in the final. After the finish he was a bit shook up, but seeing him in and about in the sprint, really close, the pride inside me, I knew I had to finish it off,” Cavendish said after the stage.

Even though Jakobsen was shaken by the incident, he reached out to Granigan to give him a fist-bump as medics attended to him in the image below, captured by former Cycling News contributor, Mario Stiehl.

See more
SOURCE: CyclingNews   (go to source)
AUTHOR: Cycling News
All copyrights for this article, including images, are reserved to the original source and/or creator(s).