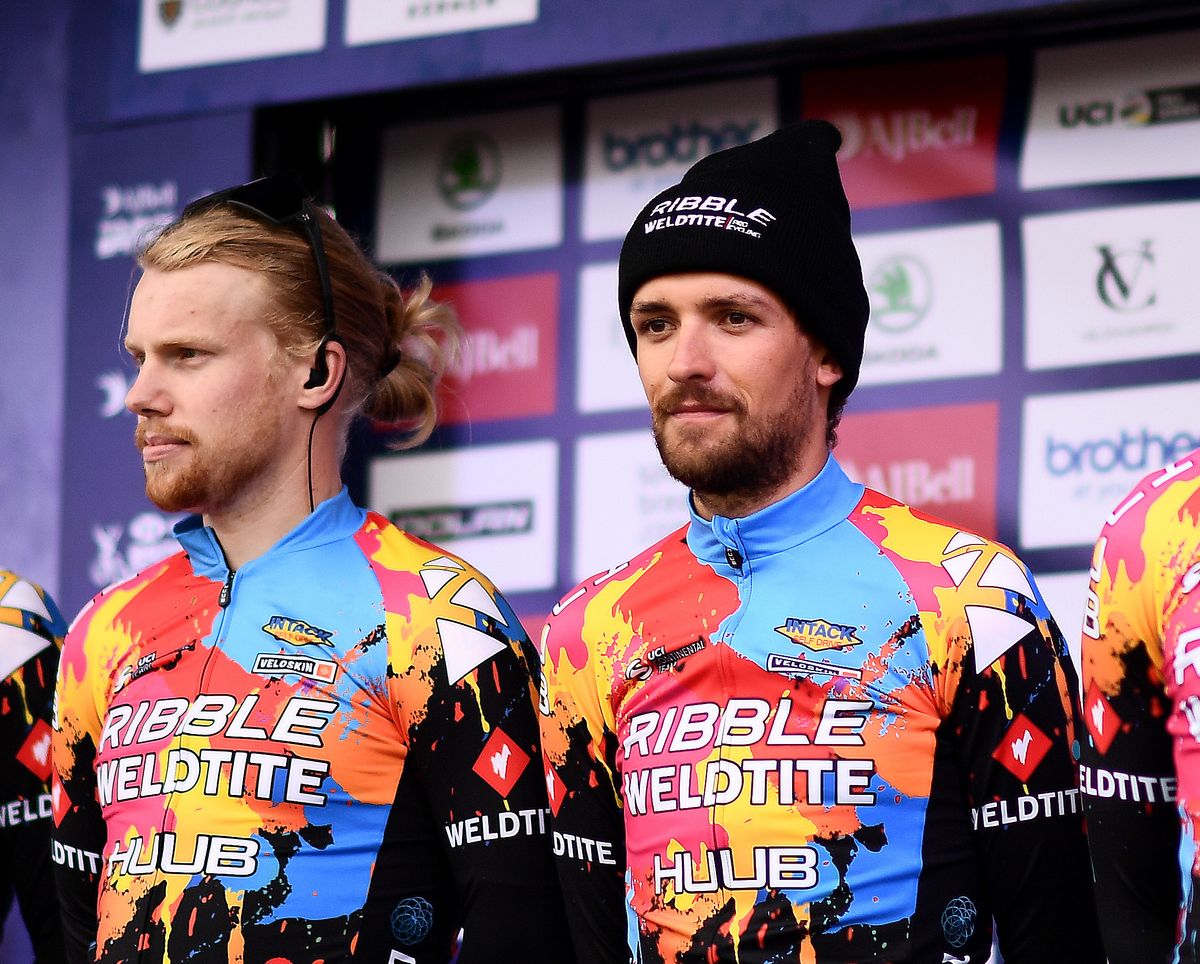 After three seasons away from the WorldTour, British rider James Shaw has stepped back up to join EF Education-Nippo for 2022.

Shaw, 25, previously rode for Lotto Soudal in 2017 and 2018 before riding for SwiftCarbon, Riwal and Ribble Weldtite in each of the past three seasons.

“Obviously, with the heritage of EF Education-NIPPO and the image that they have in cycling, it’s quite a proud moment to be able to join such a historic team,” Shaw said of the team, which turned 18 this year.

“EF is a landmark in cycling and I’m pleased to be part of a great future in the sport and to contribute to a stronger foundation for the next generation to come along.”

Shaw: I didn’t feel valued at Lotto but I can’t wait to return to the WorldTour

James Shaw: The WorldTour is an industry, not a sport

Bissegger set for another year at EF Education-Nippo

He added that the ‘alternative calendar’ that sees EF riders Lachlan Morton and Alex Howes tackle gravel and long-distance events away from regular road racing is something that has appealed to him.

“It seems like a really appealing concept and it’s something I felt represented myself as well. I’m someone who doesn’t always take the easiest route and go with the flow but takes the alternative route and likes the adventure side of life as well. I’m a little bit different.”

Shaw said that the first goal he’s thinking about with his new team will come in April at the Ardennes Classics, especially Liège-Bastogne-Liège, where he took fifth place in the U23 edition five years ago.

Racing for British Conti team Ribble this year, he impressed in several hilly races, taking fifth at the Tour of Slovenia and Tour of Norway, as well as a 14th overall placing at the Tour of Britain and ninth at the British Nationals road race to end his campaign.

“The Ardennes classics like Liège-Bastogne-Liège and things like that are for me. I think the short, sharp climbs in the late spring in the Ardennes,” he said. “Those races really bring a great level of heritage and history and a past. They have a certain weight within the cycling culture so that appeals to me as well. It gives me extra motivation.”

Team CEO Jonathan Vaughters said that Shaw had likely jumped to the WorldTour too early the first time round, having made the move to Lotto Soudal at the age of 20. He called it a “born again moment” for the rider.

“James went into the WorldTour probably a little too young and just got lost in the mix and didn’t know how to fit in, didn’t adapt to their management style. And that’s really hard,” Vaughters said.

“Basically, he had to restart his career from scratch at 22 years old. Luckily, he’s a really smart and resourceful kid who just figured out how to bootstrap his way back into professional cycling and he’s shown since then, on his own two feet, that he has the ability to be competitive with the best in the WorldTour so this is his born again moment as a WorldTour rider. He’s going to go back though his new pro year all over again, only this time as a 25-year-old as opposed to as a 19-year-old.

“Ninety-five percent of people in his position would have given up. I have a high degree of respect for him that he didn’t give up, that he figured out a way to claw his way back in. He’s very clever that way, very resourceful.

“As far as where he goes, I don’t really know because it’s a different project in that you’re helping a guy reboot his career. Where he ends up, hell, he could be one of the best in the world, I don’t know. I don’t think anyone really knows where his limits lie yet.”

Shaw’s signing is the latest step in something of an overhaul of the EF squad for 2022. With nine riders confirmed as joining the team, several are also on the way out. Mitch Docker and Moreno Hofland are retiring, Tejay van Garderen retired earlier this year, Sergio Higuita moves to Bora-Hansgrohe, and Will Barta is on his way to Movistar, and the future of several other riders has yet to be confirmed.