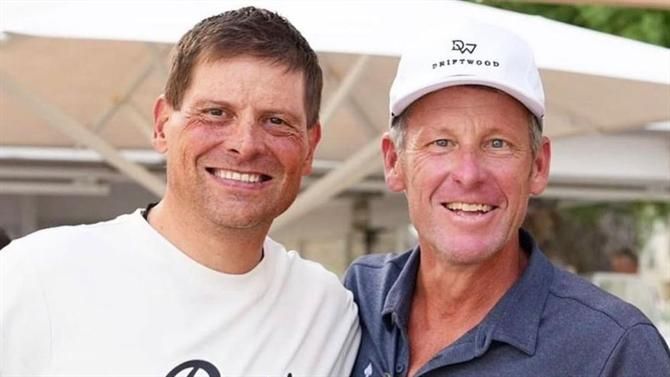 Jan Ullrich has spoken publicly for the first time since suffering a breakdown in 2018, saying he was close to suffering the same fate as Marco Pantani after his life entered a downward spiral following a series of drink driving charges, physical assaults and addiction.

The 1997 Tour de France winner has now recovered, is back cycling and he talked about his recovery during a visit from Lance Armstrong and rides together in Mallorca during a training camp.

Armstrong and Ullrich were fierce rivals during the peak of their careers but the disgraced Texan travelled to Germany and helped Ullrich. After making a recovery, Ullrich was able to look back and talk about his problems and their rivalry.

“Three years ago I had big problems and then you came to see me. I was so glad you came and yes, I was just like Marco Pantani… nearly dead,” Ullrich said during an emotional moment in Armstrong’s The Move podcast, recorded in Mallorca along with George Hincapie and Johan Bruyneel. Marco Pantani won the 1998 Giro d’Italia and Tour de France and often clashed with Ullrich and Armstrong before suffering with mental problems and addiction. He died of a cocaine overdose on Febraury 14. 2004.

“And then I recover and I have good friends, including you and they brought me back to life. Now I’m very happy.”

Ullrich admitted that he had lost sight of what helped him feel good, with only a better lifestyle, a new relationship and regular cycling helping him move on from his addiction problems.

“Cycling is good for you. Hang out with friends. Love. My children. My family. I had forgotten all that. That was my problem,” Ullrich said.

Both Ullrich and Armstrong were embroiled in doping scandals in the final years of their careers: and eventually banned and publicly shamed. Ullrich was caught up in the Operation Puerto blood doping investigation in Spain, while Armstrong eventually confessed to doping throughout his career after a USADA investigation and his seven Tour de France victories were wiped from the records books.

Ullirch and Armstrong went riding together in Mallorca, with the Texan posting photographs and video on his social media. Armstrong, who recently turned 50, claimed he suffered, while Ullrich joked he had only been riding for a few weeks.

“God gave me this body and God gave me this talent. With me it’s either nothing or full throttle. I have my coach for my back muscles. I train every day and drink water,” he said.

“I stopped (drinking) alcohol and stopped drugs three years ago. Now I live very healthy, my girlfriend cooks very healthy for me. This brought me to a good shape and a good feeling.”

Lance Armstrong flew to Europe in August of 2018 to try to help Ullrich after he was arrested and then admitted to a psychiatric hospital.

Armstrong and Ullrich were once rivals but are now friends.

“You drastically changed my life. You challenged me as a man,” Armstrong said in the podcast, recognising the importance of their former rivalry and now of their friendship.

“We came through a crazy time and a f*cked-up time and we all navigated it differently. But we’re here and we’ve got this man back, fit and healthy. This is certainly one of the highlights of my year.”