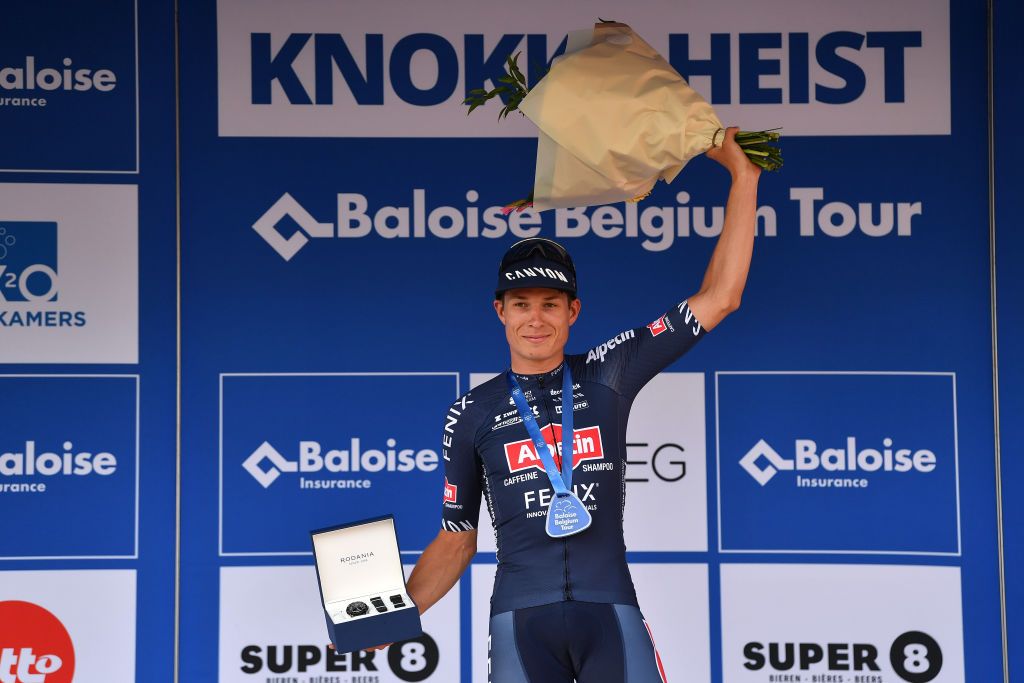 Jasper Philipsen has signed a two-year contract extension that will keep him at Alpecin-Fenix until the end of the 2024 season. The 24-year-old has won thirteen races in the team’s colours since joining from UAE Team Emirates ahead of last season.

“I am very happy that we quickly found an agreement for a two-year contract extension,” Philipsen said in a statement released by the team. “I feel good here and I look forward to continuing to develop within the team in the coming seasons.”

Earlier this week, Philipsen showcased his pre-Tour de France form by winning stage 2 of the Baloise Belgium Tour in Knokke-Heist.

The Belgian endured a series of near misses at the Tour de France last year, placing second three times, including on the Champs-Élysées. He also placed third on three further occasions. Philipsen later enjoyed a sparkling finish to 2021, winning a brace of stages at the Vuelta a España and then rattling off four one-day wins.

Unlike a year ago, when Alpecin-Fenix also sent Tim Merlier to the Tour, Philipsen will be the squad’s lead sprinter this July as part of a team that will also feature Mathieu van der Poel.

Merlier is expected to move to QuickStep-AlphaVinyl in 2023, while Philipsen will continue to play a key role as his team – which rebrands as Alpecin-Deceuninck from July 1 – makes its expected step up to WorldTour level next year.