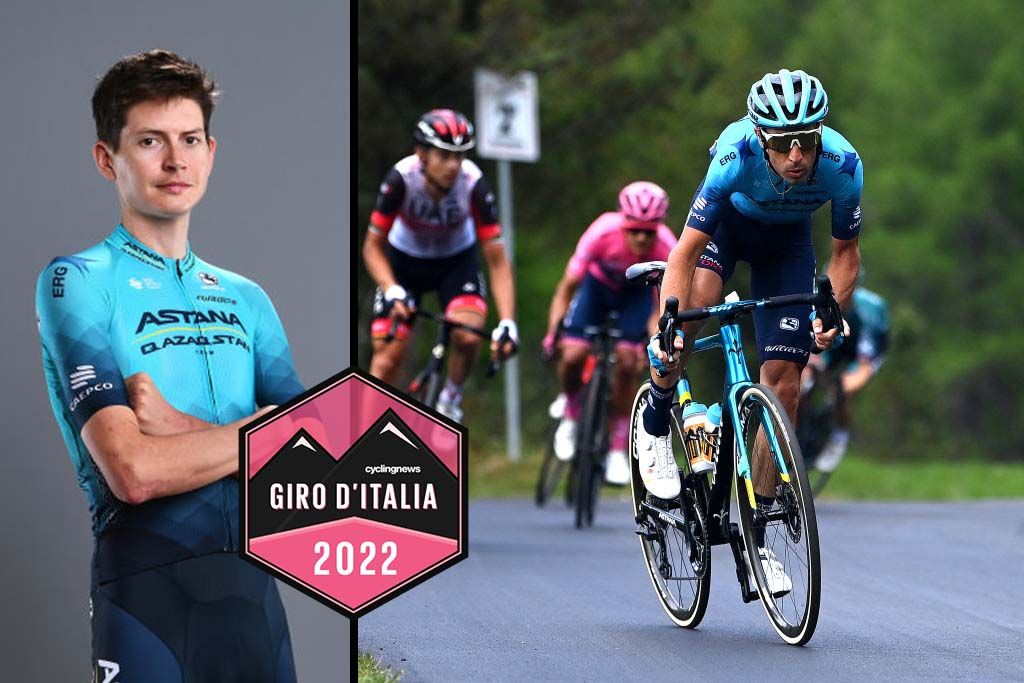 We’ve already raced 16 stages at the Giro d’Italia and we’re into the high mountains of the third week but as we joke in the pre-race team meeting every day, this year’s Giro has only just started, especially for Astana Qazaqstan.

We’re all tired and slightly cooked from the heat of the second week but with the final weekend including a mountain finish to the foot of the Marmolada glacier and then Sunday’s decisive time trial around Verona, there’s a lot of racing and especially a lot of GC racing to come. With Vincenzo riding so well, it will mean a lot of hard work and hard racing for me and the team too but we’re happy to do it all for Vincenzo’s last dance and his last resurrection and farewell.

I compared him in an interview to Kobe Bryant earlier this year and after he revealed in his hometown of Messina that he will retire at the end of 2022, and so never ride the Giro again, there’s been a unique atmosphere in the team.

He’s a calm guy, I’ve never seen him stressed, but with the weight of expectation fallen away from his shoulders he seems free to race on instinct, in a kind of last show of his Grand Tour talents.

Everyone in the team would love to see him do something special in this last week. He has come back from big time deficits before, such as in 2016, where he won his second Giro, so there’s a sense that anything could happen between now and Verona on Sunday.

Vincenzo has a long history of turning races upside down. He’s up to fifth overall after the stage to Aprica, indicating he is on a rise. He will be marked now and he can’t really give up the fight for the GC but I think he’d like a big stage win too and so will go out swinging. That’s his style. If I can help be a part of that, it’d be fun for me too. I have a feeling of optimism about our chances.

My role has been fluid throughout the Giro and it certainly hasn’t been a quiet race for me. The original focus was to help Miguel Ángel López in the GC and Vincenzo had a free role. Then when we lost Miguel, I also got some chances and went on the attack and made it into the breakaway on the stage to Blockhaus, and again on the stage 14 circuit around Turin. Luck hasn’t been on my side in terms of those breakaways surviving to the finish, but if I have the freedom to try again, I will.

I fought for the breakaway on stage 15 but didn’t make it. After a big early effort it made for an extra hard day after an already tough day around the Turin hills on Saturday. But I’m not complaining because I’d love to land a stage win like I did last year. I spent 80km fighting for the break on Sunday and then stayed with Vincenzo on the final climbs. And on stage 16, it was nice to be pulling on Mortirolo, and showing ourselves in the race, even if it didn’t make a big impact on the result of the day.

In a way, a few of us in the peloton are taking part in both races of the day at this Giro: there’s the fight for the stage win and then a more of a domestique role for our leader. So far I’m recovering pretty well but as we count down the stages of the final week, fatigue does begin to set in, in lots of different ways. You see it in how the bunch races and on a personal level, small things can make you grumpy.

My personal gripes include riders who throw bottles at walls so they go back into the bunch and hotel rooms without a real bed but a sofa pull-out bed. When I’m grumpy, even the pink train that follows the race on some stages and constantly honks its horn next to us is annoying.

Fortunately there are some special things that help you forget the fatigue and stop me being a Giro grouch.

It was really nice to see my wife and friends from Nice as they followed the race in the Alps. I saw my name painted on the road on Sunday and having a big cheering section was a nice touch. My mom and dad will be at the Giro all the last week and I’d love to show myself and give them something to cheer for. I owe them so much and it’s special to share my Giro with them.

My wife and friends met a group of Colombian fans where they were camped out along the stage on Sunday and they have also promised to follow me for all of the last week. My personal Giro fan club is growing all the time and that will only help me in the final stages as we fight for Vincenzo and perhaps even a stage win.

SOURCE: CyclingNews   (go to source)
AUTHOR: Joe Dombrowski
All copyrights for this article, including images, are reserved to the original source and/or creator(s).