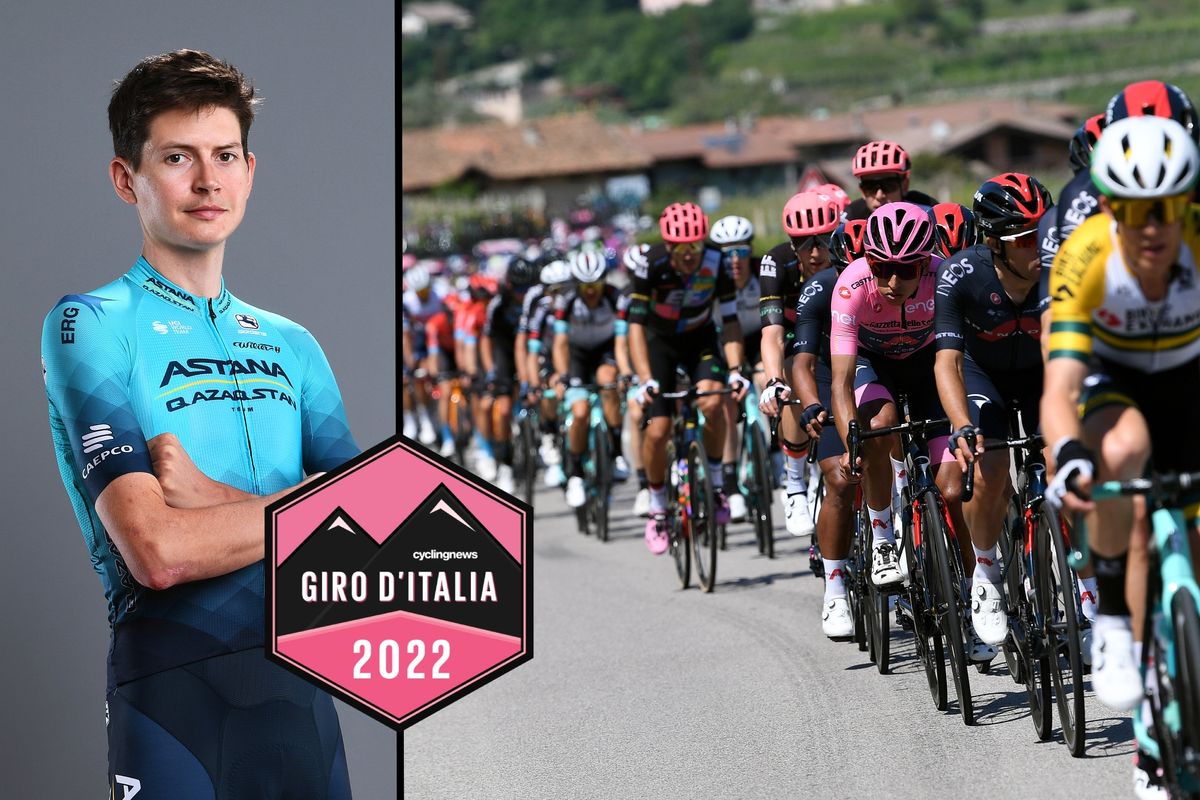 While this is my first written diary for Cycling News, I’m about to start my seventh Giro d’Italia. As they say, time flies when you’re having fun.

During the next three weeks I’ll be riding alongside Miguel Angel López and Vincenzo Nibali in the Astana Qazaqstan Giro team, and providing a special diary from inside the Giro d’Italia each week. I hope you enjoy them. I’m writing them myself between stages and so let me know what you think about my diary and let me know what you want to know about from inside the Giro peloton.

With my experience of toeing the start line at the Italian Grand Tour comes the experience of how demanding these special races can be. As I travel to Budapest, all the major prep work has been done for the first big objective of my season and I feel ready to race for three weeks.

The Grand Tour bubble is a hectic place and coming into it mentally fresh is as important as being physically ready.

I spent a long block on the road in late March and April, going from the Volta a Catalunya, via an altitude camp in Tenerife, to the Tour of the Alps. It was made even longer by the fact that my wife got Covid while I was away, so it was impossible to go home in between the races.

I spent 34 days away in total, so I really tried to soak up my ten days at home in Nice between the Tour of the Alps and heading to Budapest. After such a long stretch on the road with the team, I really felt the need to have a calm week at home, to also be mentally prepared in the best way for the Giro.

This easier period at home also serves as a ‘modus operandi’ of sorts for how I would approach the Giro, both in and out of the race. I reset my energy conservation mode, to charge my mental and physical batteries and create some good habits for the weeks to come.

There is a lot of physical and mental stress at a Grand Tour. There will be a lot of crashes in the first week because no one will want to use their brakes. There’s a lot at stake, with GC teams and sprint teams clashing over space at the front of the bunch, looking to guard their respective interests.

You’d think every rider that lines up on stage 1 thinks they have a legitimate shot of winning overall when we arrive in Verona. Fortunately, when the fatigue inevitably sets in, the bunch becomes a lot more civilised, and so usually a safer place.

What is perhaps less obvious, is the day-to-day hustle and bustle of Grand Tour racing and the toll it takes over three weeks. Days are often long, from an 8:00am wakeup call, breakfast, transfer on the bus, race meeting, race, shower on the bus, transfer to the next hotel, massage, and dinner sometimes as late into the evening as 10:30 pm. It’s constant, with little time to reflect and enjoy it. So much so that when I finish a Grand Tour, there’s a certain feeling of withdrawal, just from the lack of constant stimulus and stress.

Which brings me back to approaching things each day in a calm manner, finding a Giro inner peace amongst the constant chaos, if it is possible.

I try to avoid too much time looking at the phone – sometimes messages don’t get replies. I tried to avoid getting stressed out about small things and focus on the racing and daily recovery.

With the crammed days, there’s always a push from directors to go in the team car after the race. Yet I almost always opt for the team bus. They say a car is quicker but is probably stuck in traffic five minutes ahead of the bus anyway. To me the bus always feels like a safe place after a hectic stage, where you can kick back, put your feet up, and watch a movie or do some reading.

A calm mind and aiming for some quality post-Giro beef

A calm and collected approach can make the difference in the race. I think it did for me last year when I won a stage in the first week of the Giro in Sestola.

At some point it was clear that the breakaway I was in that day was going to make it to the finish. A stage win, and potentially the maglia rosa was up for grabs.

I had been in this scenario before in the Giro, but a stage victory had always remained elusive. On some occasions I felt I was the strongest in a winning move but perhaps I was not patient enough or was too willing to share the workload with my fellow escapees. But in this most recent instance, a bit more experience, and a calmer mind paid off and I took one of the best victories of my career.

In the last few days at home in Nice I took it as easy as possible, my enthusiasm and motivation for the weeks ahead growing more and more.

On our evening walks around the neighbourhood, my wife and I often pass my favourite local butcher. They’ve always got a great, albeit somewhat expensive, selection. I remember last year around this time I joked that if I won a stage in the Giro, we would enjoy a nice dinner with some of the dry aged wagyu beef in the window.

At €320 per kg, it always seemed a bit too much for anything but the most special occasion. Unfortunately, the day after I won last year, I had a nasty crash and was out of Giro with a concussion. In the whirlwind of recovery, our steak dinner never happened.

I think we have a strong Astana Qazaqstan team for the Giro, and my role will be to support our GC leader to the best of my ability. But you never know what opportunities may arise if you keep a calm head and your open eyes.

Wish us a great Giro, and maybe with a bit of luck, in a month’s time, I’ll be finally dining on the finest steak.

SOURCE: CyclingNews   (go to source)
AUTHOR: Joe Dombrowski
All copyrights for this article, including images, are reserved to the original source and/or creator(s).