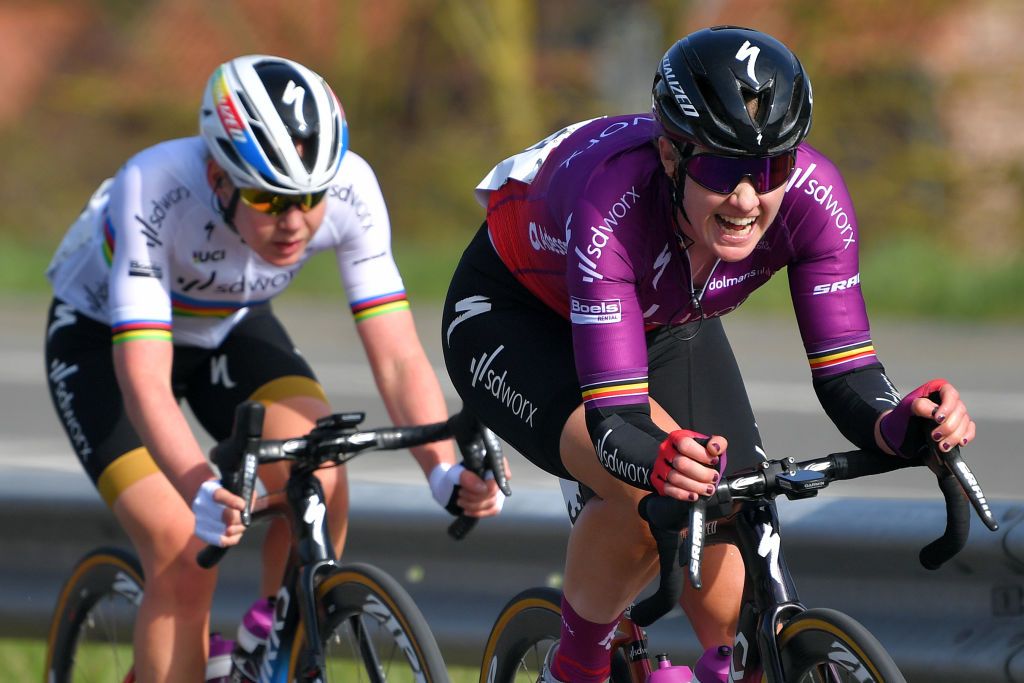 Jolien D’hoore (SD Worx) is set to retire from professional racing following the inaugural Paris-Roubaix Femmes held on October 2 and will become a sports director for the development team at NXTG Racing beginning in January of 2022.

D’hoore will focus on helping the under-23 women’s team to achieve their goals in the new season, according to a press release issued Thursday. She will also combine this role with a position at Cycling Vlaanderen.

“I’m really looking forward to my new adventure with NXTG Racing. The team has a really clear vision about women’s cycling, which I totally support. I think it’s really important that they give young cyclists a chance to develop themselves in a safe environment,” D’hoore said.

“I have a lot of experience in cycling and I would like to teach the girls all those things. I’m super excited to be a part of NXTG Racing and I’m looking forward to next season.”

The Belgian sprinter has had a successful 15-year career in both road and track racing, and spent her final season enjoying competition with SD Worx while also placing a focus on competing in the Madison at the Tokyo Olympic Games. However, an unfortunate crash took her and compatriot Lotte Kopecky out of contention for the event at the Izu Velodrome.

D’hoore is currently competing for Belgium at the UCI Road World Championships in Flanders. She confirmed to Cycling News that following the elite women’s road race, she will participate in the first edition of Paris-Roubaix Femmes as her final race.

“My last races will be the mixed relay and the road race at Worlds and then Paris-Roubaix. I’m looking forward to these last race and I’m going to enjoy it,” D’hoore said.