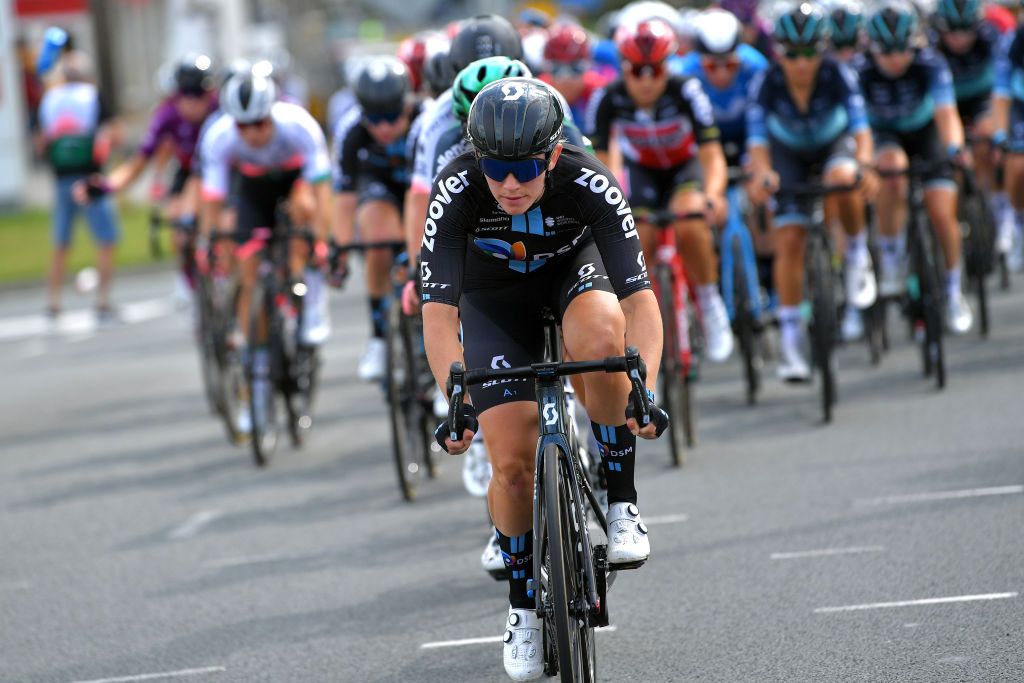 Julia Soek (Team DSM) is set to retire from racing at the end of the 2021 season, and will join UCI Continental team Drops-Le Col as a sports director.

After 13 seasons in the professional peloton Soek announced in September that 2021 would be her last as a rider. Her move to directing was confirmed on Tuesday.

“I’m really excited to join Drops-Le Col in 2022,” Soek said. “[They are] a team with a great vision and a strong development programme. I hope to use my experience as a former rider and work together to build on this season’s successes in the future. I can’t wait to meet the team and get going!”

Team manager Tom Varney added: “I’m over the moon to add Julia to our staff team for next season. From the first meeting, I was impressed with Julia’s friendly and always positive personality. Her vision for cycling aligns with ours and how we’d like the team to develop in the coming years. We’re excited to help her transition into her post-rider career.”

“Having worked with Julia as a rider I was keen to explore the possibility of working together after she finished her career. I believe she has all the qualities to become a great sports director and I’m sure she’ll be a positive influence on the group,” Marche said.

The pair will share responsibility of the Drops-Le Col’s expanded programme with both being present at the biggest races of the season, according to a media release issued by the team.

Soek began her 13-year career with Batavus Ladies Cycling Team in 2009, and has spent the last eight years with Team DSM.

Her career highlights include winning the Belgian one-day race Erondegemse Pijl in 2017, and taking team time trial victory at the Giro Rosa in 2018. In recent years, Soek has settled into the role of team captain at DSM and as a key part of the sprint train for riders such as Lorena Wiebes and Liane Lippert. Most recently, Soek helped teammate Pfeiffer Georgi to her first professional win at  La Choralis Fourmies Féminine.

It has not yet been confirmed what Soek’s final race will be before she officially retires and begins the transition to sports director.