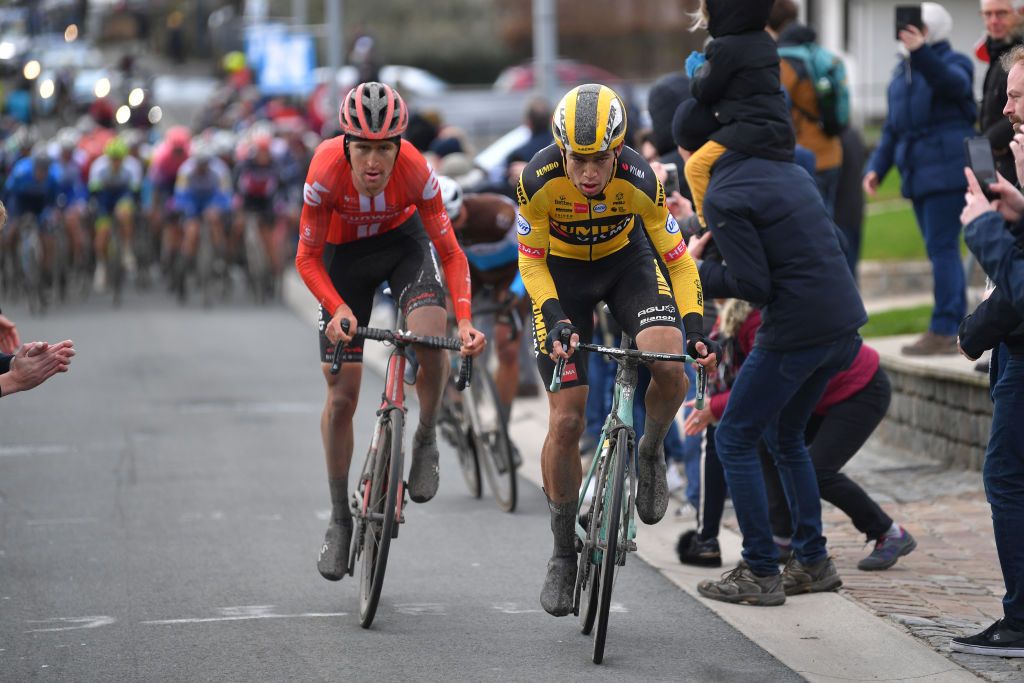 Hours after Team DSM announced they released Belgian Tiesj Benoot from his contract one year early, the Jumbo-Visma team confirmed rumours that the 27-year-old has been signed to the team on a two-year deal.

Benoot, winner of Strade Bianche in 2018, will link up with compatriot Wout van Aert for the Classics and likely support GC leader Primož Roglič in the Grand Tours. Second overall in Paris-Nice in 2020 and fourth in Tirreno-Adriatico in 2018, Benoot is a proven leader in shorter stage races.

Jumbo-Visma directeur sportif Merijn Zeeman welcomed the arrival of Benoot. “Tiesj strengthens our classic group around Wout van Aert and will also play a major role in the stage races. He is a real team player who has an eye for improvement and is open to new ideas and innovations. Together we will make a plan that we both support and believe in.”

Benoot and Team DSM said the split was amicable, with the team stating he could no longer “deliver on his commitments, which reflected in performances both on and off the bike”. He’s the latest in a string of riders to leave the German squad mid-contract: Ilan Van Wilder threatened legal action before being released to join QuickStep, while Tom Dumoulin, Michael Matthews and Marc Hirschi left the team early in recent years.

“At Team Jumbo-Visma I think I can make that step forward. I have looked up to this team for the past few years. I know some guys from the team, so I can get an idea of how things work. There is a professional way of working that appeals to me,” Benoot said in the press release, noting he hasn’t reached the top of his abilities yet.

“I am convinced that I can become the best version of myself as a cyclist on this team,” Benoot said. “In the big races I want to be able to play a decisive role in the final, both for a leader and for myself if that opportunity presents itself.”

The rift between Benoot and Team DSM was first reported by Wielerflits.nl in October. Benoot joins Jumbo-Visma along with trainer Marc Reef from Team DSM after being on Zeeman’s radar “for several years”.

“When it became clear that he would be available, we did not hesitate. We are delighted that Tiesj has chosen us. He is a great rider and has a great personality. He makes us stronger in many areas, and his personality is a perfect match for us,” Zeeman said.