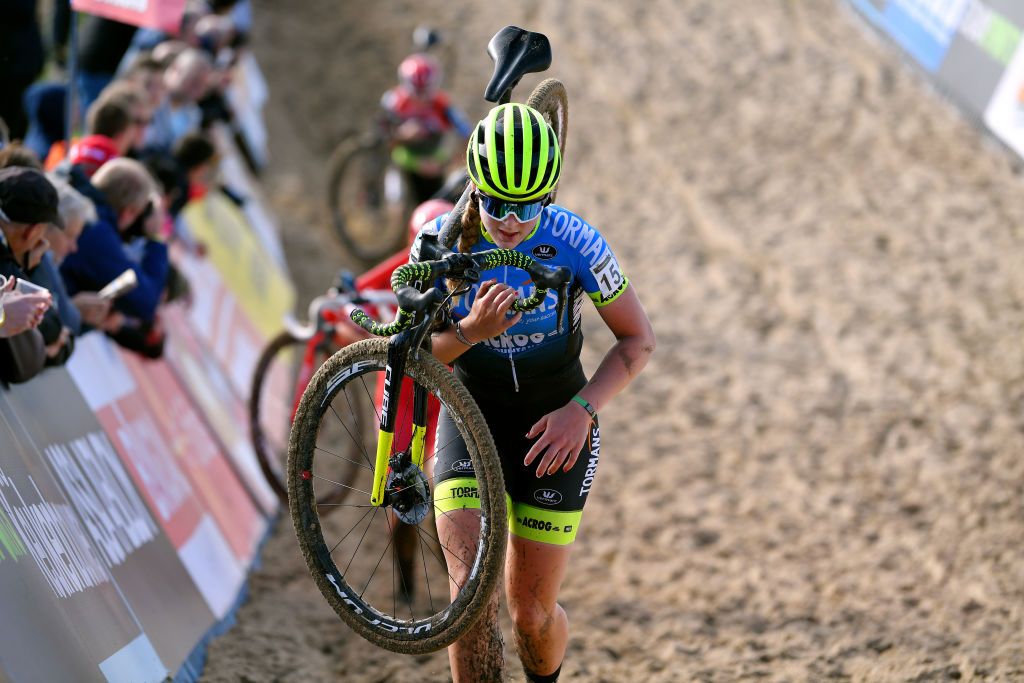 Junior women cyclo-cross riders are now permitted to enter elite races in the UCI Cyclo-cross World Cup after a recent change in regulations.

The UCI World Cup 2021-2022 features 16 rounds, but only five of these include separate races for junior riders. This is a decline from the 2019-2020 series, where seven of a total nine rounds featured separate junior races.

For junior riders entering elite races, there will be no separate results, and any World Cup points they receive will not count towards the overall standings in the Junior Women category.

The amended rule also states that they may be part of the extra quota of two riders given for under-23 riders in elite races.

The rule change came into force before the start of the World Cup, and junior women have been racing the elite events of the opening four rounds.

Canadian twins Ava and Isabella Holmgren both raced the first three rounds in the United States, whilst Zoe Backstedt and Julia Kopecky competed in the elite field in Zonhoven last weekend.

The first UCI Cyclo-cross World Cup junior races of the season will take place in Tabor on November 14. Junior races will also be included in Namur, Dendermonde, Flamanville and Hoogerheide, and the World Championships in January.