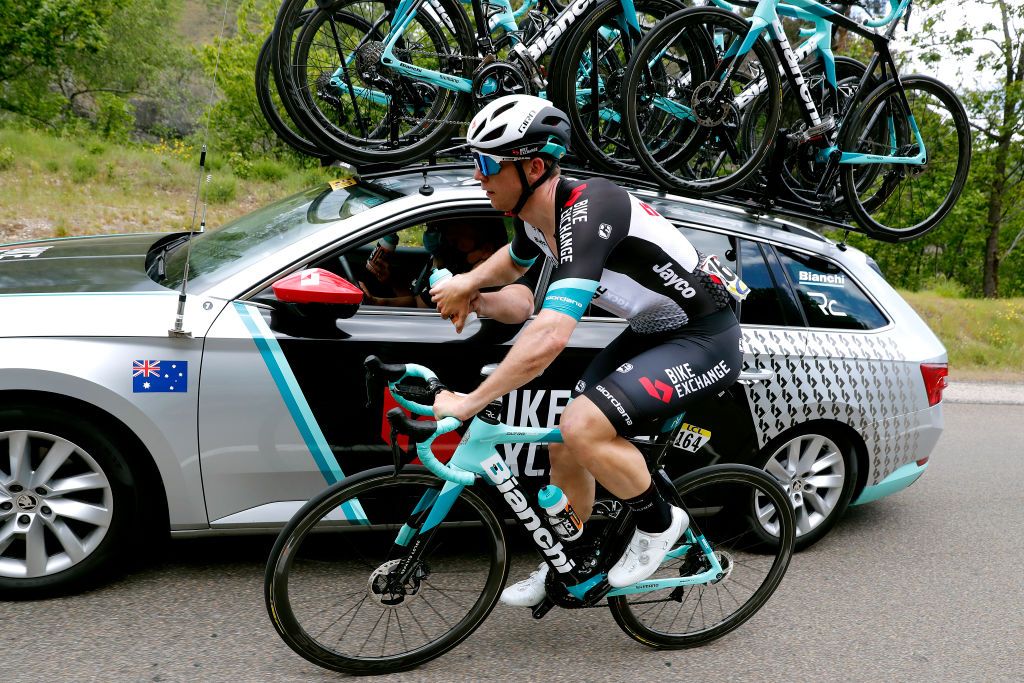 Kaden Groves riding for Team BikeExchange at the Critérium du Dauphiné in 2021 before he was caught up in an accident on stage 5 (Image credit: Getty Images Sport)

Kaden Groves and Team BikeExchange have agreed terms on a one-year contract extension with the 22-year-old now tied to the Australian team until the end of the 2022 season.

Groves moved to the team on a permanent basis late in the 2019 season and has developed into one of the its best sprinters. Twice a winner of stages in the Herald Sun Tour, Groves won a stage of the Tour of Slovakia in 2021 and picked up a number of podium placings throughout a strong European campaign that included several WorldTour races.

Team BikeExchange have been patient with the rider’s development and see him as a future star on the team. He also won consecutive national criterium titles and despite what the team have called ‘multiple setbacks due to injuries’ BikeExchange have continued to find a place for the young rider.

“We had no doubts in signing Kaden for another season. He has demonstrated throughout the year that he can compete in every sprint finish that he is in,” general manager Brent Copeland said in a statement released by the team.

“He has been missing that last centimeter to achieve what he deserved during this season, but he is young, and we are sure there is a lot of room for improvement, and we will help him on his route to become one of the best sprinters in the peloton. We really count on him and his continuous development.”

Groves 2022 race programme has yet to be decided but there is every chance that he will be handed his first Grand Tour chance during the season. Even with Michael Matthews leading the line, Groves will have a robust race calendar and the sprinter is raring to go as he looks to pay back the team’s faith in him.

“I’m really excited to extend my contract for one more season with Team BikeExchange, I’m motivated to start next year with the momentum I have from these last few races where I have had a victory and been close to some wins,” Groves said.

“This year has been particularly tough for me for many different reasons and I’m keen to put it behind me. The team has had my back and supported me the whole way through my injuries and especially my coach Ben Day and teammates, so I never wanted to leave.”