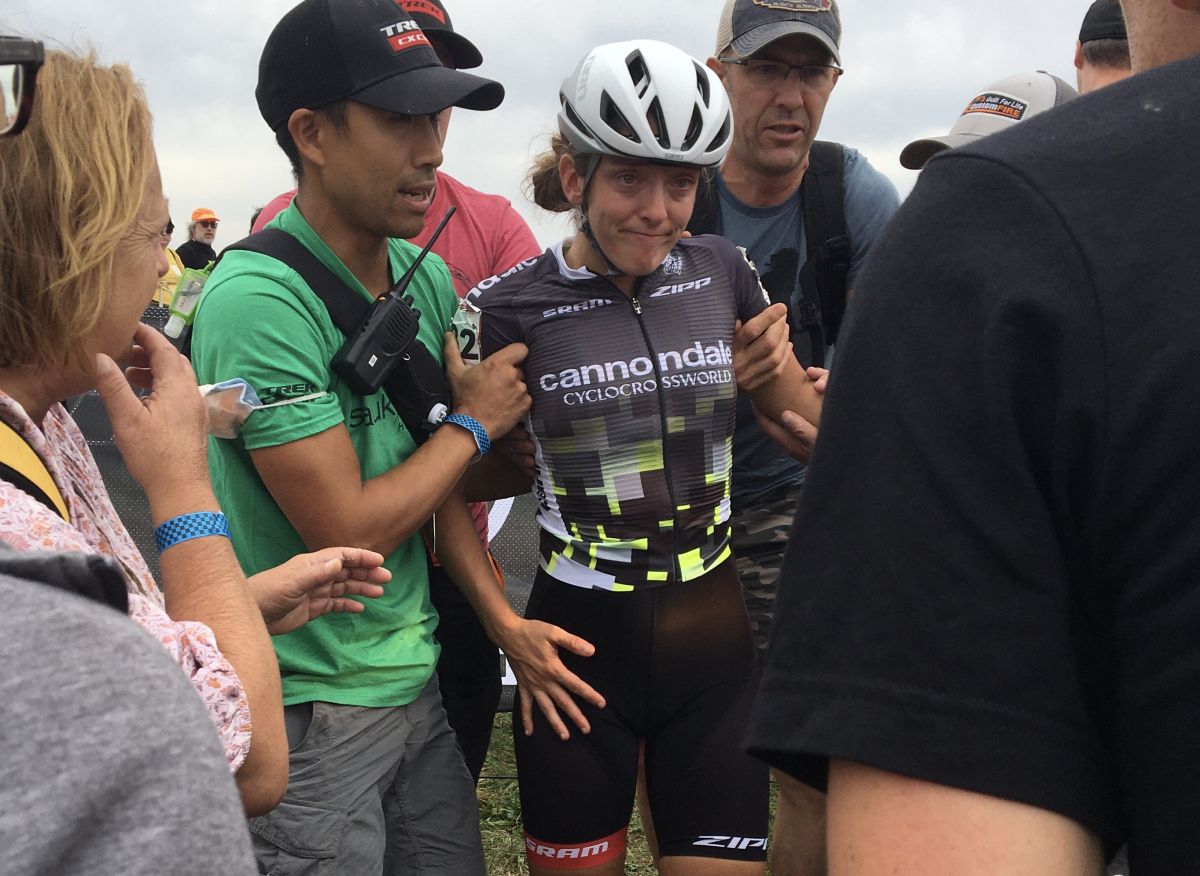 Kaitie Keough, who competed in cyclo-cross for 12 years for Cannondale-Cyclocrossworld, officially retired from professional cycling Thursday. Her final race came on Wednesday when she started the UCI World Cup race in Fayetteville but she did not continue past four laps and was a DNF.

The 30-year-old also raced on the road for US teams, with several iterations of TWENTY12 to TWENTY16 then Cylance Pro Cycling and most recently as a guest rider for L39ION of Los Angeles in seven outings.

The 30-year-old Wisconsin native had announced earlier this year that the 2021-2022 cyclo-cross season would be her farewell tour as a pro. She had a hard crash in the in the first corner of the World Cup opener in Waterloo last Sunday, and was a surprise starter for Wednesday in dismal conditions in Arkansas with pouring rain and heavy mud. Her outing was cut short again, then she called it quits on a career as well.

“I tried like mad for two years, searching for a way to get my fire back. The fire that’s needed for race days. I finally had the guts to admit to myself that it doesn’t make sense to keep forcing something that clearly isn’t burning within anymore,” Keough posted on her Instagram feed.

“It’s not fair to me and it’s definitely not fair to the team around me. Underneath the grief, I feel relief. While this is a few months earlier than when I wanted to finish and not the exact way I had visioned (sic) going out, I am leaving this sport with grace.”

Known as the “Little Badger” for her small size, huge fight and connection to Wisconsin, the badger state, Keough won 13 UCI cyclo-cross races in her career, including the Iowa City World Cup in 2018, and took three other top 10s including Hoogerheide to finish fourth overall. The year before, she had three second-place finishes among her seven top 10s to finish second overall, with one of the silver medals coming at her “home” race in Waterloo. Her highest finish at the UCI Cyclo-cross World Championships was sixth place in Bieles in 2017.

“I am celebrating the fact that I get to close this story with the most wonderful memories and accomplishments. There are lots of chapters in my cycling story but my chapter with Cannondale-Cyclocrossworld is the most significant. What an amazing reality it is, that I’ve been able to call Cannondale-Cyclocrossworld my home for my entire professional career. Twelve years racing cyclocross for the longest standing professional CX team in the world. Thank you,” Keough continued in her social post.

“The best part about my time in this sport? The relationships I’ve made. Lifelong relationships that I will cherish forever. This will always be the most beautiful and special chapter of my life. I’m very sad to end it this way but I know in my heart this is the best decision for me.”