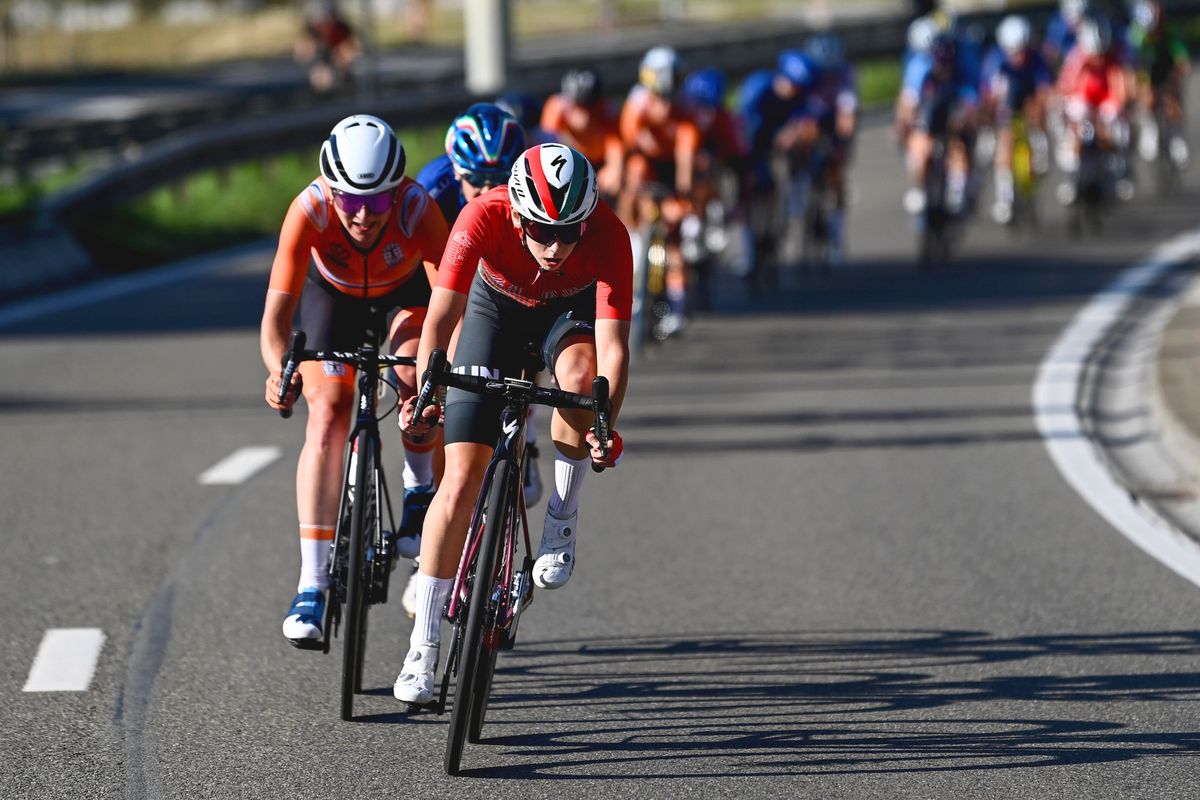 If the UCI Road World Championships was run with equality across the age categories for men and women, then Kata Blanka Vas might well have been walking away from Flanders 2021 with a rainbow jersey draped across her shoulders.

The Hungarian was the first under-23 woman to cross the line in Saturday’s elite women’s road race, a result which – from 2022 onwards – could see the rider in that position awarded as the U23 world champion in a sort of middle-ground between the current setup and one which would involve a full U23 women’s race to match the men.

In the end, Vas finished in fourth place, narrowly missing out on becoming the youngest women’s road race medallist since Amalie Dideriksen took victory in 2016. The 20-year-old multi-disciplinarian – who races mountain bike and cyclo-cross as well as road – was just beaten to the line by Poland’s Kasia Niewiadoma at the end of the 157.7-kilometre race, only her eighth day of racing on the road this season.

The result is a repeat of the outcome at her major goal of the season – the cross-country mountain bike race at the Tokyo Olympics, where she finished in fourth place behind an all-Swiss podium. Vas said after the race, however, that she was very pleased with the outcome.

“I got fourth place, just lost the podium. After the Olympics I think I can be satisfied because I’m not so much experienced on the road and I’m also young so I think I can be happy with my result,” she said.

“I have no teammates here so I just wanted to be in the front at the finish and then hoped that I could achieve a good result. This was the tactic.

“It was a surprise, I think, because I never raced before the Olympics in the elite category, just in the U23. I felt that I could finish in the top 10 but I did in the top five so I’m surprised. I think it went well.”

Vas rode for the Doltcini-Van Eyck team up until March, when she made the switch to Dutch powerhouse squad SD Worx. With much of her summer taken up with mountain biking – taking in UCI Worlds Cups, the Olympics and the World Championships, where she finished fifth – Vas made her debut with the squad at September’s Ceratizit Challenge by La Vuelta.

In Spain, she finished ninth overall, before going on to take silver in the U23 road race at the European Championships two weeks ago. The 20 year old said she had enjoyed her time with the team and is keen to do more on the road in 2022.

“I was in the Vuelta with the team, and I really enjoyed it so I learned something but not so much because it was just one race,” she said. “This is not the same race, and I never raced this kind of race so I haven’t been here, so yeah, I think I have to learn a lot.

“It gave me a lot of motivation. I think I’ll do a lot of road racing next season because I really enjoyed it.”

After completing her second elite Worlds, Vas, who is no doubt one to watch for the future, will now make the switch back to off-road racing for the cyclo-cross season, where she’ll head to the USA to kick off her season at the Waterloo and Fayetteville rounds of the UCI World Cup.