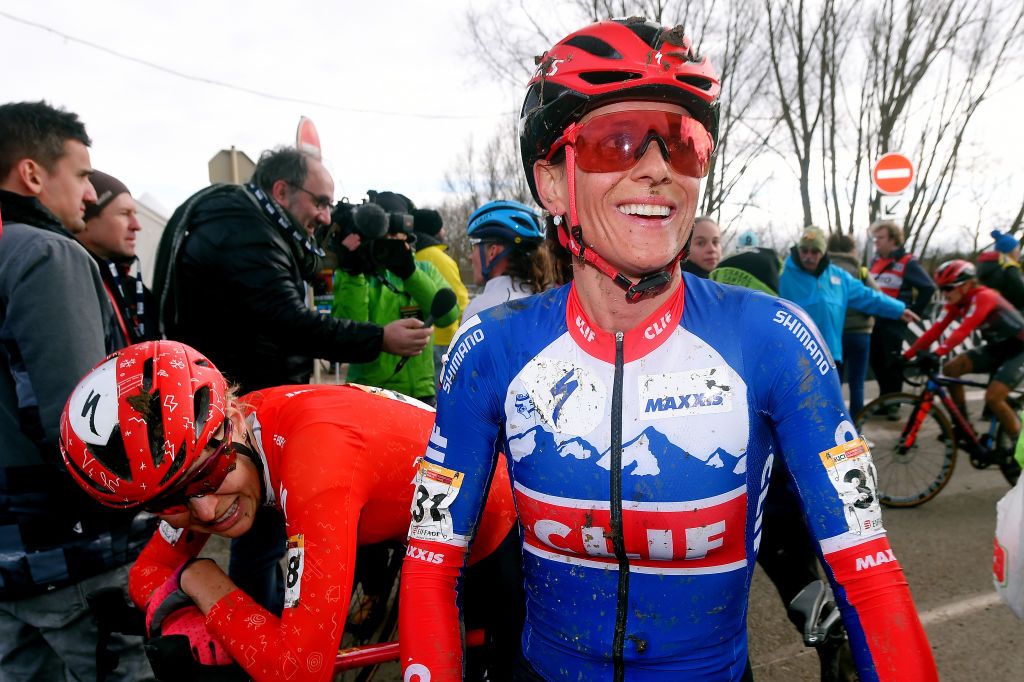 Katerina Nash (Clif Pro Team) has been re-elected President of the UCI Athletes’ Commission by her fellow commission members, collecting 59 per cent of the votes, compared to the 41 per cent gathered by her competitor, Colin Lynch.

A cross-country skier turned professional cyclo-cross and cross-country mountain biker with a master’s degree in business, Nash was first elected to the UCI Athletes’ Commission as a cyclo-cross representative in 2017. Shortly afterwards, she was elected President of the Commission to serve for four years and now stands on the precipice of a second term.

“I am delighted and honoured that the members of the UCI Athletes’ Commission have again put their confidence in me,” Nash said. “It is great to have our voice heard and I look forward to building on all that we achieved in the last four years. I am excited by the prospect of working with existing members who were re-elected to the commission and new members who will arrive with new ideas and motivation.”

Among the structures allowing cyclists to contribute to the governance of their sport, the UCI Athletes’ Commission serves an advisory role by submitting proposals to the UCI Management Committee. Largely, it seeks to promote ethics and sportsmanship, improve athletes’ working conditions, and distribute information regarding significant regulatory changes.

During Nash’s first term, the commission contributed to several initiatives such as introducing a minimum wage for women professional cyclists, establishing a participation gender parity at the Olympic Games from 2024, and integrating para-cycling with their able-bodied counterparts at several events.

As the president of this commission, Nash sits on the UCI Management Committee- one of the governing body’s key decision-making organs- alongside UCI President David Lappartient and other sports administrators. Indicating her growing influence within the sport, she was also elected Vice-President of the UCI at a Congress convened during the 2021 UCI Road World Championships.

“I warmly congratulate Katerina Nash for her re-election as President of the UCI Athletes’ Commission,” Lappartient said. “I take this opportunity to highlight her excellent work in this role during her first four-year term, during which she stood up for her peers at the highest international level. I am very happy to be able to continue counting on the precious input of this exceptional woman – who has been a member of the UCI Management Committee since 2018, and UCI Vice-President since September 2021 – for the next four years.”

Issy Ronald has just graduated from the London School of Economics where she studied for an undergraduate and masters degree in History and International Relations. Since doing an internship at Procycling magazine, she has written reports for races like the Tour of Britain, Bretagne Classic and World Championships, as well as news items, recaps of the general classification at the Grand Tours and some features for Cycling News. Away from cycling, she enjoys reading, attempting to bake, going to the theatre and watching a probably unhealthy amount of live sport.