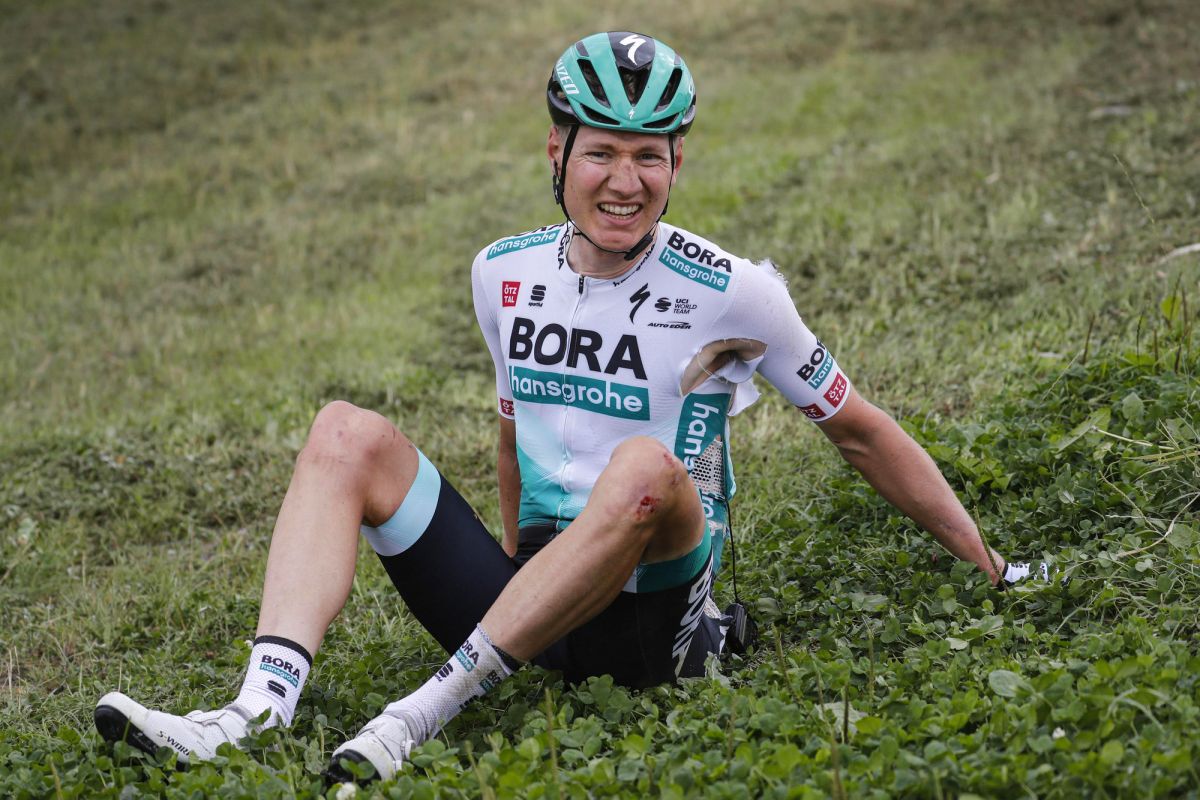 Wilco Kelderman (Bora-Hansgrohe) was forced to abandon the Benelux Tour following a crash on stage 3 into Hoogerheide on Wednesday. Kelderman sustained fractures to his pelvis and multiple ribs, his team confirmed.

“Unfortunately Wilco Kelderman suffered a deep cut on his left arm, a broken pelvis and two broken ribs from his crash at Benelux Tour today. There is no indication for surgery at the moment. Keep your head high mate! all the best and speedy recovery,” the team stated in a medical update.

The third stage of the Benelux Tour was 168.3km from Essen to Hoogerheide, where the peloton contested three finishing circuits. A breakaway that included eventual stage winner Taco van der Hoorn (Intermarché-Wanty-Gobert Matériaux) succeeded to the finish line.

In the peloton behind, multiple sprint favourites were dropped, and Bora-Hansgrohe stated that this was largely due to high speeds and street furniture along the circuits.

A crash in the final 5km of the stage saw Kelderman go down and he was forced to abandon the race due to his injuries, while his teammate Peter Sagan won the bunch sprint for sixth place.