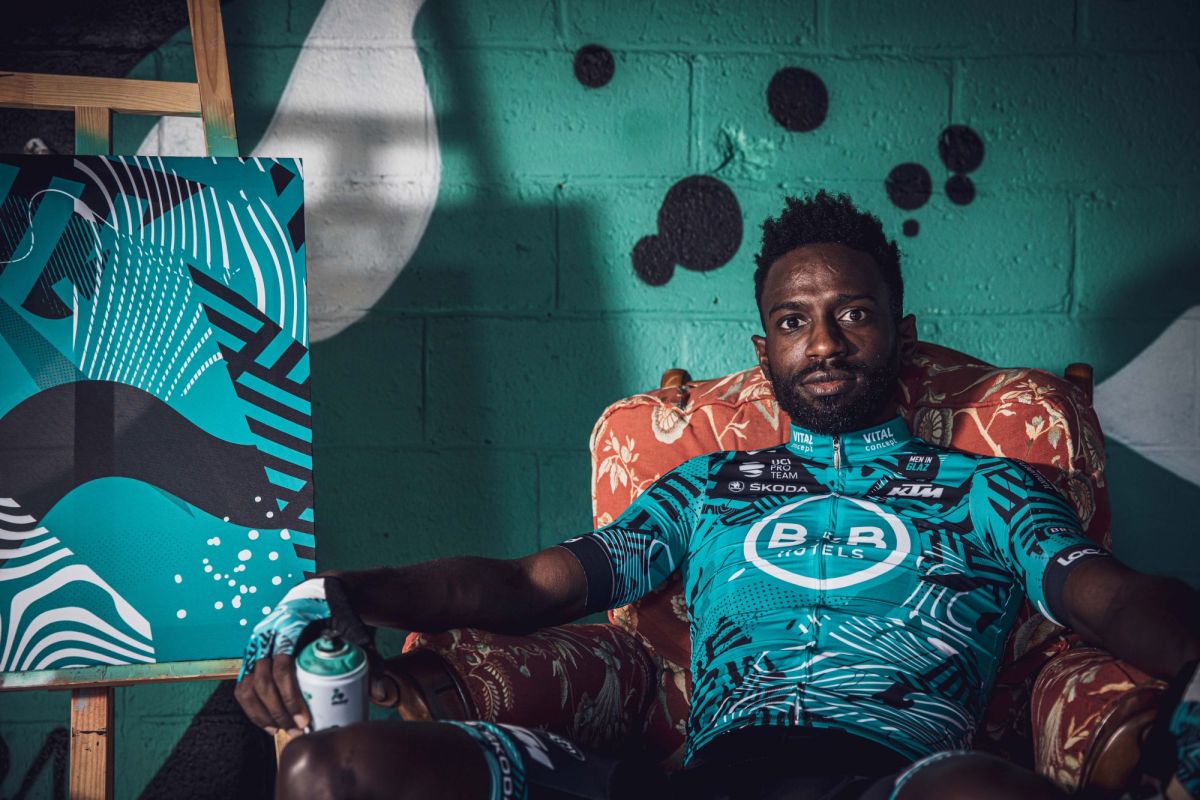 Kévin Reza, the only black participant to the 2020 Tour de France, deplored the lack of solidarity in cycling in the wake of the Black Lives Matter movement. He was himself racially abused by Michael Albasini in 2014 and Gianni Moscon in 2017. He now expresses his solidarity with Nacer Bouhanni, who was recently insulted on social media for his North African origins and for being a Muslim after he sprinted dangerously at Cholet-Pays de la Loire.

“I’ve been disappointed by the world of sport in general,” Reza told Cycling News during the Tour of Turkey. “I’ve said on a few occasions: this is only sport. Admittedly, Nacer made a mistake, on purpose or not, we don’t know, but he remains a human being above all. Nobody should threaten or criticise him because of his religion or his way of racing. He’s a bike rider before anything else. I don’t know if he’s taking the heat for the previous experiences he’s had but it remains unfortunate. We can only denounce the attacks against him and instruct the haters to just stop what they’ve been doing online.”

Reza analysed the situation beyond the Bouhanni case. The B&B Hotels rider was on the front line at the start of the last stage of the 2020 Tour de France to claim more respect for ethnicities that are still a very small minority in cycling.

“Since the Tour de France, nothing much has changed,” he said. “I heard a lot of talk but didn’t see much action taken in the different organisations who manage our sport. It’s a pity but that’s how it is.”

Reza and Bouhanni stood together in the picture of the podium of a French national championship that looked like opening a new era for the sport. In 2014, a bunch sprint in Futuroscope saw the victory of Arnaud Démare ahead of Bouhanni and Reza. The three men standing for La Marseillaise represented the “black-blanc-beur France,” like the world champion football teams of 1998 and 2018. “Bleu-blanc-rouge” (blue-white-red) stands for the national flag hence the three words “black-white-beur” (beur is a slang word for people descended from immigrants from France’s former colonies in North Africa: Morocco, Algeria, Tunisia). It was a sign that cycling, a predominantly white sport, was becoming open to all races.

“It goes back a little while now,” Reza commented. “I wouldn’t say I’m disappointed not to see many riders coming from the ethnical diversity. I don’t know if I’m the last black guy from Guadeloupe to race as a pro. I keep my fingers crossed so that it’s not the case. Many amateur riders from the Caribbean try their luck on the European continent. They must pursue their dream. I myself reached the ambitions that I was able to achieve. I’ve been a pro for eleven years.

“It’s not easy to leave home and go 8,000 kilometres away, go from a warm and nice climate to come and train in the winter. It requires you to be mentally very strong and ready to undergo a lot of sacrifices. But if some of us have done it, it remains possible for others too.”

As Yohann Gène and Rony Martias, also from Guadeloupe, are now retired, Reza remains the only pro cyclist originally from the French overseas departments along with Lorrenzo Manzin from the Reunion Island, who rides for Total Direct Energie.

Asked if he’s disappointed by the African project of MTN that brought several black riders to the pro peloton in 2013 but doesn’t have many of them on board anymore even though they pass the message throughout the Qhubeka charity organisation, Reza answered: “We’re not going to throw stones at them. They initially had a nice project. I don’t know if there are still African talents being nurtured. There are just a few left in their WorldTour team but that also means they have continued to develop black riders. At least they’ve dared to do it and they’ve made things move forward. Riders must be given a chance. But if they don’t have the physical or mental capacities to make it, the skin colour doesn’t matter. They just won’t have a career.”

Reza is aware of the initiative of Giro d’Italia winner Tao Geoghegan Hart to support an up-and-coming rider from an ethnic minority. “I read what Tao is doing in favour of a rider who needs help,” he said. “It’s remarkable. He can afford it and he gives himself the possibility to do it. He’s giving a hand to a rider who is not necessarily integrated in the world of cycling and who will get the chance to flourish in our profession, which remains a nice job no matter what. It’s a really good thing to. He has his head on his shoulders.

“Personally, I’ve spoken out about the necessity to change things. I don’t have the power to do much. All I can do is to denounce what’s wrong and suggest what could be done. I’m not in the right timing or the financial capacity to help anyone precisely at the moment but I strongly hope for radical changes in our world. It begins with respect.”