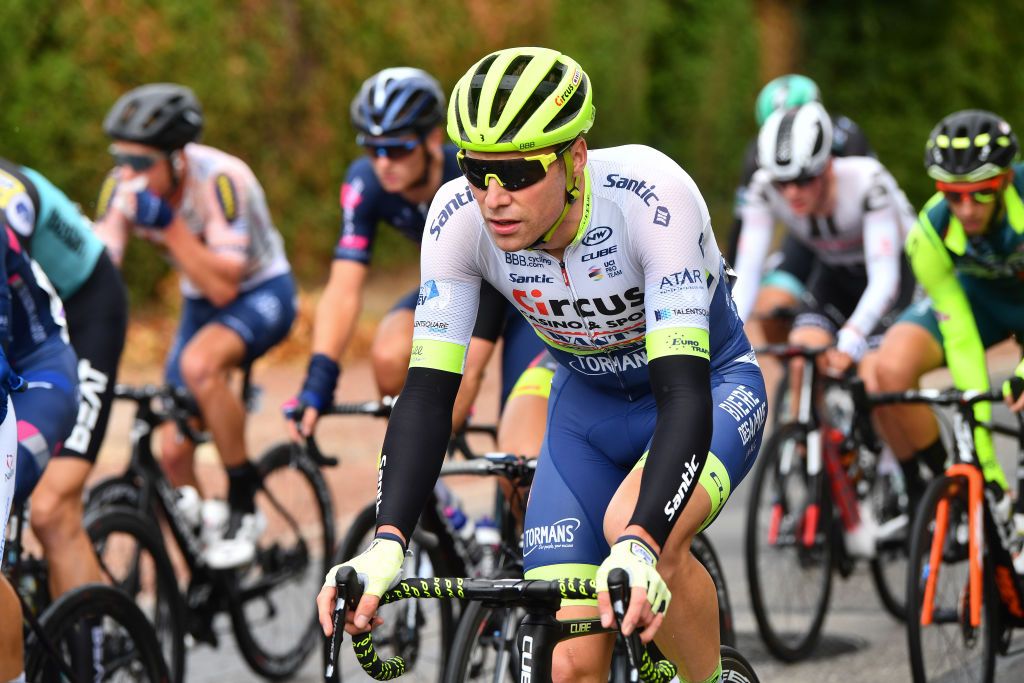 The transfer season continues apace with several key announcements this week including WorldTour signings, renewals and changes to team staff. Keep track of all the moves with Cycling News’ guide to the 2021-2022 rider transfers.

Wesley Kreder, 30, has made a move to the Cofidis squad after five straight years with the Intermarché-Wanty Gobert Matériaux organisation. This year he raced his first Grand Tours, finishing both the Giro d’Italia and Vuelta a España. At Cofidis, he will reunite with former Wanty Gobert teammate Guillaume Martin, who was with the Dutch squad from 2016 to 2019 before joining Cofidis.

“During the races we did together, we immediately got along very well,” Kreder said of Martin. “He knew he could count on me in all circumstances.”

The announcement of Kreder’s arrival comes a week after that of Ion Izagirre, who joins from the Astana-Premier Tech, and along with Bryan Coquard (B&B Hotels), Alexis Renard and Davide Cimolai (Israel Start-Up Nation), Benjamin Thomas (Groupama-FDJ), and Francois Bidard (AG2R Citroën).

“I’m very happy to be part of this prestigious team, a key player in the peloton,” Kreder said. “The challenge is big and everything will be new for me but I am ready to take up the challenge. I am the kind of rider who gives 200 per cent to the team and I will do everything to help my new teammates. I have shown this season that I have the ability to hold up physically and mentally in the Grand Tours. I hope that I will have the chance to compete again.”

Cofidis manager Cédric Vasseur called Kreder a “versatile and dedicated rider”, saying, “He will have an important role to play in the early season Classics and with our leaders in the stage races. Wesley has already raced under the same colours as Guillaume Martin and he will be a first choice teammate alongside our leaders.”

German sprinter Max Kanter has signed with the Movistar Team on a two-year contract, the Spanish team announced on Tuesday. The 23-year-old came up through Team DSM’s development programme and has been part of the WorldTour squad since 2019.

“First of all, I would like to say I am extremely happy to join this team. I am very grateful for the huge confidence in me. I believe I also found the right people and an environment that will be a perfect fit for me to take my next steps on the path to a successful career,” Kanter said. “The team is known for valuing human relationships above all, and for believing in athletes even when things don’t go as planned. Again, I am very grateful for that.

“Now that I’ve got some years in the WorldTour under my belt, I want to build on my successful time as an under-23 rider – with very great humility, but also with some healthy self-confidence, I say I want to win again. I’ve been close a few times in the last few years, and now I want that to happen with the Movistar Team.”

The top-ranked ProTeam Alpecin-Fenix have extended with two riders, 29-year-old Dutchman Floris de Tier for one year and with New Zealand mountain biker Sam Gaze through the end of 2024.

The team of Mathieu van der Poel, who will remain in the team through 2025, have extended with a dozen other riders and also signed Stefano Oldani (Lotto Soudal), Michael Gogl (Qhubeka NextHash), Fabio van den Bossche (Sport Vlaanderen), and Rob Stannard (Team BikeExchange).

Gaze will continue to mix road and mountain biking with the squad. He first linked up with Alpecin-Fenix in 2020 but struggled with depression in the aftermath of a head injury he suffered at the Cape Epic in 2019 and credited the team with helping him with his comeback.

The former U23 MTB world champion competed with Alpecin-Fenix’s development team this season, and in his first major outing with the ProTeam, he was a key lead out for Sacha Modolo at the Tour de Luxembourg when the Italian won the third stage.

“I’m super happy to continue this journey with Alpecin-Fenix,” Gaze said.  “This team was a massive factor to my comeback, and it’s needless to say that this is a team I truly believe is leading the way for creating success in the sport. I’m not only looking forward to working towards our goal at Paris 2024 but also seeing what Alpecin-Fenix and I can accomplish in the coming three years.”

Gord Fraser will join the Israel Cycling Academy development team as the new head sports director to replace Australian Zak Dempster, who will move from the team up to their affiliated WorldTour squad Israel Start-Up Nation.

“We see these moves as a win-win for the whole organization,” said team manager, Kjell Carlstrom. “Zak has proved to be a fantastic sports director and has set our whole devo project on a fast track forward. We expect Gord to continue the momentum and bring his vast experience both as a rider and as a sports director to further develop our young generation – especially the Israelis.”

“I’ve been out of high-performance cycling for two years and I look forward to returning to this level of competition,” Fraser said.

Dempster, who raced with Israel Cycling Academy before it joined the WorldTour, has been sports director with the team since 2020.

“Now that I’ve been able to gain experience doing a couple of Vueltas and a Tour [de France], I feel that I’m ready to progress into ISN as a director,” Dempster said. “I’m so excited to be a part of forming strategies and putting in place plans with our roster to try and become one of the top teams in the world. This is my dream job – I wouldn’t want to be doing anything else.”