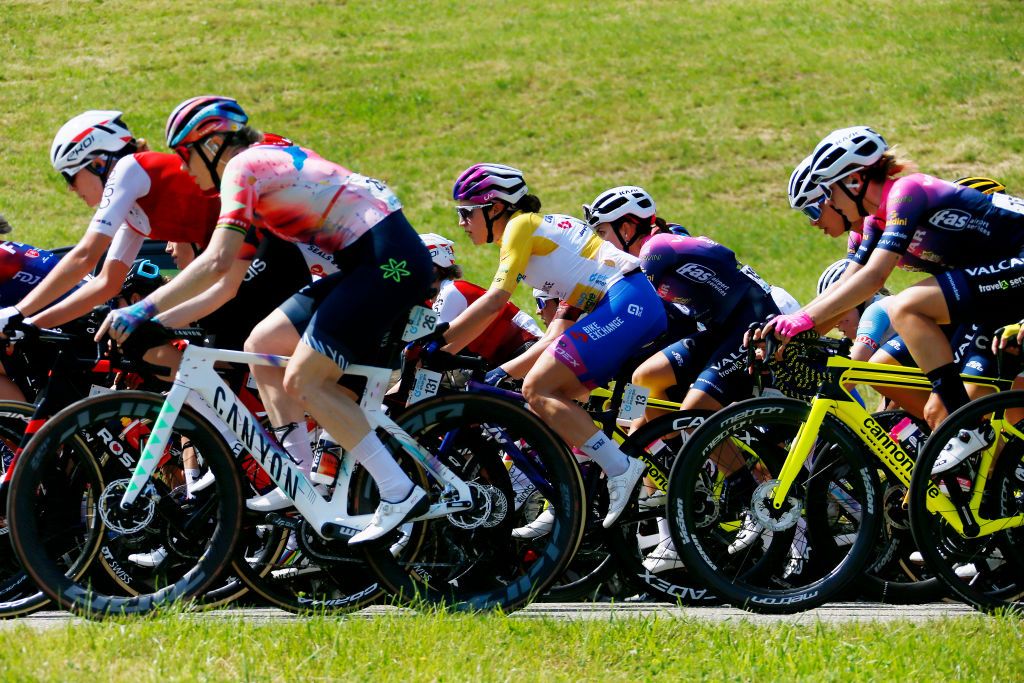 Kristen Faulkner (BikeExchange-Jayco) time trialled her way into the leader’s jersey at the Tour de Suisse Women on stage 2 and, despite some tense moments, the American defended the lead on stage 3. Now one final mountainous day stands between her and a potential first overall victory.

Faulkner is sitting four seconds ahead of Lucinda Brand (Trek-Segafredo) on the General Classification, with teammate Georgia Williams 14 seconds back in third place and then Pauliena Rooijakkers (Canyon-SRAM in fourth at 34 seconds back. After Rooijakkers, it is Jolanda Neff (Swiss Cycling) at 1:28 in arrears. The third stage came down to an uphill sprint, which was won by World Champion Elisa Balsamo (Trek-Segafredo), after an earlier break was caught within the final five kilometers.

“The team rode well to make sure we were able to keep the break in check,” said Faulkner in a team statement. “We actually got dropped at one point, but Georgia and I chased back, and the team was really behind us today.

“Going into the climb I was on Brand’s wheel, and I was trying to mark her as much as possible. She is only four seconds behind so we were actually really happy the break went, so they could take the sprint seconds, so we didn’t lose any time there.”

The final GC test is a 98.5km stage including two category one climbs on the route from Chur to Lantsch/Lenz. The first is Wolfgangpass – 6.3km at 6.8% – peaking with around 55km to go and the second climb is Lantsch – 6.3km at 8.1% – which flattens out for the final kilometre.

“Tomorrow is the Queen stage, it is an honest climb, it will be obvious to see who is the strongest,” sport director Alejandro Gonzales-Tablas said. “We don’t have a big gap to the other climbers like Rooijakkers but we will do the best to put Kristen in the best possible position to defend the jersey and it will be up to the legs to decide what we can do.”

A GC victory in a UCI classified tour would be a first for Faulkner, who only started racing in Europe in 2020 but quickly drew attention by winning a stage at the Tour Feminin de l’Ardeche and then next season following up with stage 1 victory at the Ladies Tour of Norway.

Despite having a disrupted start to 2022, her first season with BikeExchange-Jayco, after a training crash before Strade Bianche Faulkner has already been in the top ten of stages or one-day races eight times, with three of those being on the podium. She also recently took seventh in the GC of the Women’s Tour and earlier in the season made it onto the podium at Itzulia Women with third overall.

At the Tour de Suisse, however, her sights are firmly set on the top step.

“Tomorrow is going to be a really hard stage, and anything can happen on the final climb,” said Faulkner. “I feel hungry and confident, I have enough time over some of the next climbers. I feel confident but I just have to make sure I go out there and race my best race and not make any mistakes.

“It is going to hurt, I know that, but I will give everything I have.”