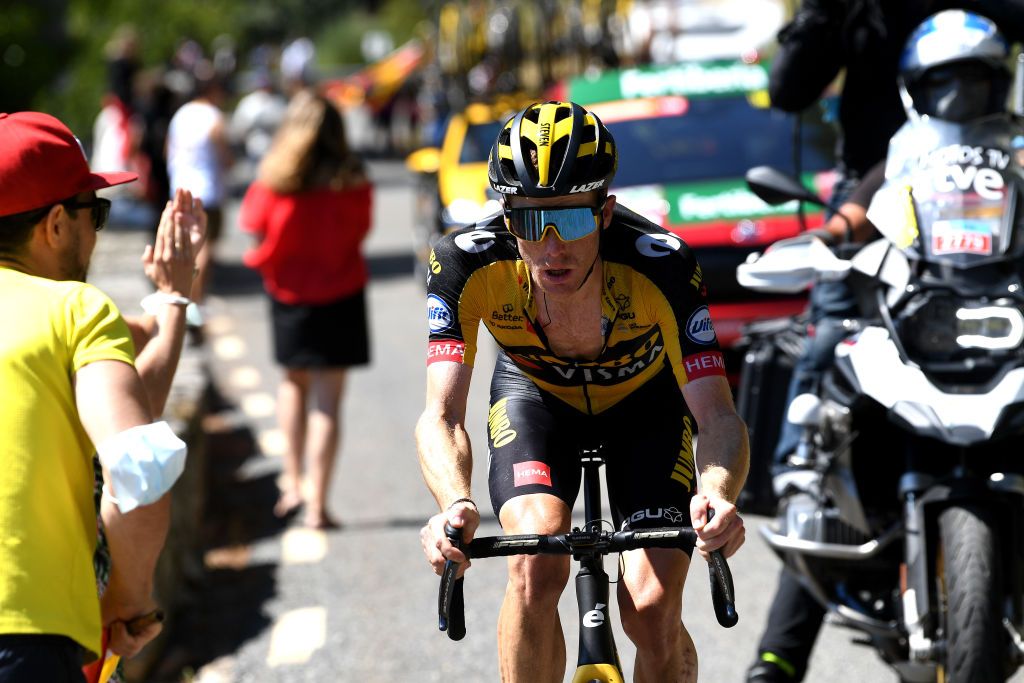 Jumbo-Visma stole a page out of their own Tour de France strategy guide on Sunday for a second time at the Vuelta a España as their GC leader remained in the main bunch but a teammate moved ahead to try and snaffle a stage win.

“It was a little bit like in the Tour,” Kruijswijk, in second place at 1:27 back, told reporters afterwards. “Primož got support on the climbs with our guys, but if necessary I could come back. That’s how we work: go for the stage, but come back if needed.”

Jumbo-Visma’s use of these tactics in the Tour were most notable in the second and third week, when both Sepp Kuss and Wout van Aert went clear, taking stage wins at Andorra and on the Ventoux, while Jonas Vingegaard remained in the peloton. The riders specified, though, that they were always ready to sit up and wait should the situation behind grow more complicated for their GC rider than expected.

Fourth in the 2018 Vuelta himself, like almost every rider at the finish, Kruijswijk highlighted the high speed of the peloton in the opening hour, averaging 50 kph, on what he called “a crazy difficult day”.

“It was very tough, but we said we wanted somebody to be in the big breakaways. Primož had enough guys with him to be protected, particularly on a day like this one where the climbs were not too hard.”

Day after day, the Vuelta is seeing some seriously large breakaways go clear this year, but such is their size they are proving unwieldy beasts. Just as Romain Bardet (Team DSM) complained on Saturday that the 18-rider move he took part in failed to work well, Kruijswijk said he had found little collaboration in the 19-man chase group behind Fabio Aru (Qhubeka-NextHash) and Rafal Majka (UAE Team Emirates).

“It had been full gas from the start and I got in the move, but by then Rafal was in front with Aru and there was no cohesion.

“So on the last big climb, I tried my best and tried to close the gap alone. But Rafal has proven he is really good at pacing himself on climbs like that and it just wasn’t possible for me to do.”

Kruijswijk said he started to eat into Majka’s lead of around 90 seconds early on, but that realistically all he could hope for was that the Pole would crack. Which Majka, a former Tour king of the mountains, failed to do.

“I’m happy the team gave me a chance to go for the stage, but I couldn’t catch him,” Kruijswijk concluded.