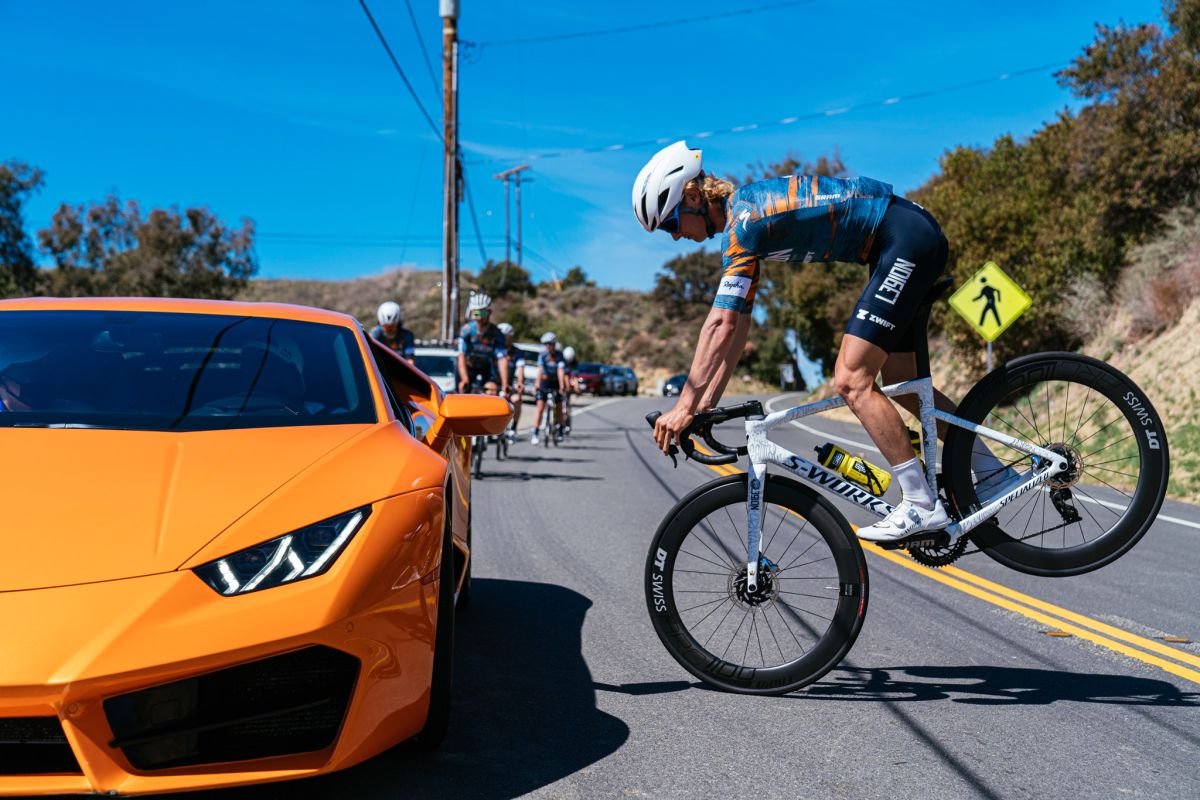 Tyler Williams and 2019 US national U23 road champion Lance Haidet will represent a strong L39ION of Los Angeles team at this weekend’s Grasshopper Huffmaster Hopper in California. The latest in the Grasshopper Series will see 500 competitors line up for the 89-mile race with Geoff Kabush, Kateřina Nash and Flavia Oliveira also set to headline the event.

According to race organiser Miguel Crawford, the gravel race will throw up different challenges to the typical Grasshopper races, with Crawford telling Cycling News that team tactics could well be a deciding factor in the outcome of the race.

“It’s going to be the first time that we’ve had a race where we’ll see some team tactics due to the profile of the course,” Crawford told Cycling News.

Williams has already taken part in gravel events this year has lined up for the Geysers/Pine Flat at the start of May. That event was not classified as a race due to COVID-19 restrictions, with athletes instead asked to upload their times for various segments. However, the Huffmaster welcomes back a more traditional race environment – although riders will still start in waves.

“I think it’s exciting to be doing a longer race, especially as we get closer to pro nationals. As a Sonoma county resident, the Grasshopper series is a big part of the grassroots racing in the area. This course is a very open and dynamic course that favors a lot of different specialties so it will be tough but Lance and I will use each others strengths to our advantage and hopefully continue the successful season the team is having.”

Hadiet, who previously raced for the Aevolo team moved to the L39ION of Los Angeles squad at the start of the year and is looking forward to combining his road and gravel ambitions over the coming months. “I’m super stoked to be heading up North to race the Grasshopper Huffmaster this weekend,” Hadiet said.

“It’s been a few years since the last time I’ve raced a Grasshopper Adventure Series event, but I know they always have some awesome routes so I’m super excited see what the course has to offer. It looks like Tyler and I will be going up against a stacked field on a route that’s about 50/50 road and gravel. I have no doubt in my mind that it’s going to be a good time.”

The L39ION pair will face stiff opposition from former Olympic mountain biker Geoff Kabush. The 44-year-old veteran got the better of Peter Stetina in last year’s Low Gap round of the Grasshopper series after catching the former Trek rider on the last descent. Stetina had a lead of over five minutes at the top of the last climb but Kabush’s descending skills proved too much and he soloed to the win in the final few hundred meters to take a sensational victory.