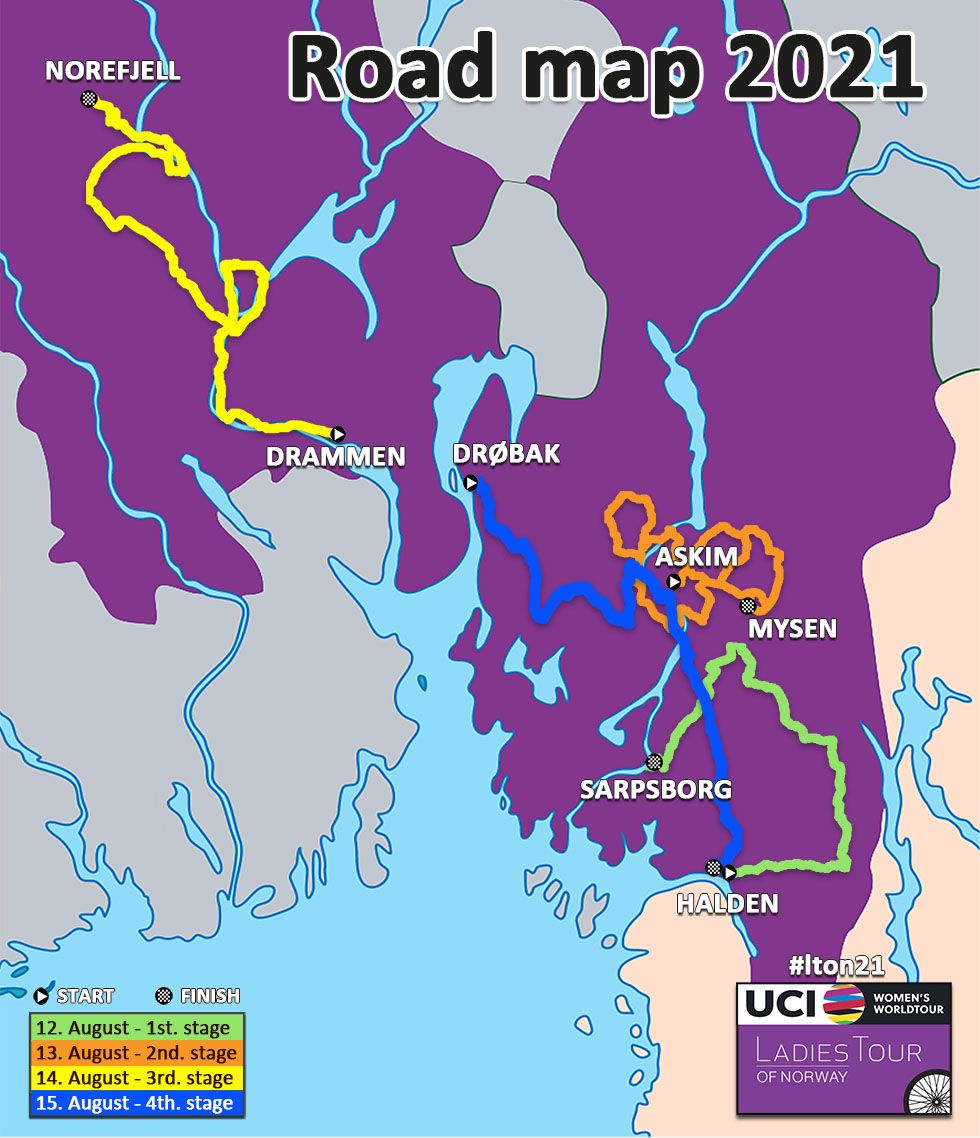 Organisers of the Ladies Tour of Norway have announced the route details for this year’s race held from August 12-15 in the region of Østfold, Norway. New to this year’s parcours is a first-ever mountaintop finish that will feature on stage 3 at the Norefjell ski resort.

“This year, the Ladies Tour of Norway takes on a real summit finish for the first time. This year’s race is still mainly using the old region of Østfold, but the third stage will give the riders a real challenge: The 10km-long climb to Norefjell ski resort,” said race director Roy Moberg.

The Ladies Tour of Norway, which began in 2014, will embark on its seventh edition and returns to the Women’s WorldTour calendar after being cancelled last year due to COVID-19 restrictions.

The race will be held just after the Tokyo Olympic Games (July 24-August 8), however, the women’s time trial and road race are held in the first week of the event, and so that may not affect the participation at the Ladies Tour of Norway.

This year’s route will cover four days of racing in the Østfold region with the race kicking off on August 12 with an undulating 138.km race from Halden to Sarpsborg, which will include three local finishing circuit. Stage 2 will offer the field a 141.6km from Askim to Mysen and a slightly uphill finish that will cater to punchy sprinters.

The event’s first-ever mountaintop finish will happen on stage 3, a 151.3km race that starts in Drammen and finishes on a 10km ascent to the ski resort in Norefjell. The stage has a total elevation gain of 2,746 metres, but most of the elevation comes in the last 10km final that features a 10 per cent grade.

The four-day race will conclude with stage 4, a 150.4km race between Drøbak and Halden. The stage will finish with three shorter laps in the centre of Halden.

“There is a lot of work and a lot of different options to consider to design exciting and different stages,” said technical director Anders Eia Linnestad.

“This year, we can offer stages both for the sprinters, breakaway riders and climbers. It’s something for everybody. We’re going to see a clearer drama through the stage race concerning which riders are going for stage wins and the jerseys compared to earlier years. This is some of the development we want to stay as one of the world’s most attractive stage races also in the future.”

Anna van der Breggen won the inaugural edition of the Ladies Tour of Norway in 2014, and subsequent champions include Megan Guarnier (2015) and Lucinda Brand (2016).  Marianne Vos has won the three previous editions fro 2017-2019.

Organisers of the Ladies Tour of Norway along with the Danish and Swedish Federations, announced last month that they plan to move ahead with the long-awaited ‘Battle of the North’ in 2022. The event is tentatively planned to take place across six stages through Denmark, Norway and Sweden from August 16-21.