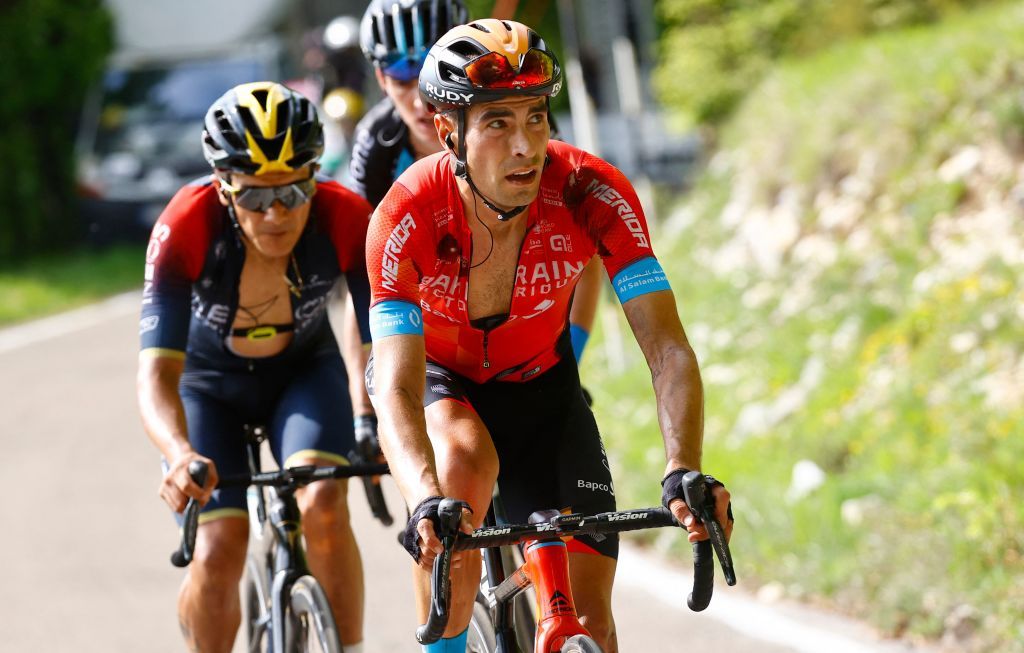 Mikel Landa (Bahrain Victorious) is contemplating a change of Grand Tour plan this summer after returning to the Giro d’Italia podium for the first time in seven years.

Landa claimed his previous Grand Tour podium in 2015 when he also finished third in the Giro d’Italia in what was at the time a breakthrough result for the Basque.

Even if his dream of finishing the 2022 Giro d’Italia in pink could not be fulfilled, in a race where numerous pre-Giro favourites fell out of contention, the Bahrain Victorious racer nonetheless has achieved more than enough to continue in his role as a Grand Tour specialist.

He even described the third place as the most satisfying result of his career, given that for once, with no bad luck, injuries or crashes that have plagued his career in the past, his performance lived up to his own pre-race expectations.

Fourth in the Giro and in the Tour de France in that time but never able to get on the podium in either, Landa pinpointed his multiple crashes as the toughest setback he had to face during this seven-year period. The most recent in the Giro saw him out of the 2021 race in the first week, breaking his collarbone and ribs, and unable to get back on terms for most of the rest of the year.

“Leaving a race when you haven’t been able to give it all is really hard,” Landa observed.

This time round, in any case, he said he had amply achieved his expectations by taking a podium finish and that, “if everything went well and I didn’t have a fall or any other kind of catastrophe, I knew I could be up there. We got here [to Verona], I gave it everything and I’m happy.”

Landa’s plans may now switch, he said, to heading to the Vuelta a España rather than the Tour de France. The longer spell between Grand Tours has worked out well for the Basque in distant editions of the two races, such as 2015 when he won two stages and took third in the Giro, followed by his only stage victory to date in the Vuelta five months later.

However, no Spanish rider has taken a stage victory in a Grand Tour since Basque Ion Izagirre in the 2020 Vuelta, and while Landa succeeded in his goal of a top three, in the Giro d’Italia, he never came close to ending that 18-month drought on Grand Tour stage wins.

“The route wasn’t that ideal for it,” Landa argued when asked if he would have raced differently to try for one, “and the chance never came up.” He pointed to a dearth of summit finishes in the third week, with stages 16 and 17 ending after the main climbs, and reasoned that they were stages in which were “harder to give it your all on the last climb.” Come stage 20, the toughest summit finish in the third week, and Landa, by his own admission, did not have a great day.

Landa had nothing but praise for the way Jai Hindley (Bora-Hansgrohe) handled the race on stage 20, and in general, said that the Australian’s performance, “had not been so surprising, we already saw he could get second two years ago.”

“He’s a good rider and Bora is getting better and better as the years go on. We’ve got a new team to fight for the overall classifications, and that we didn’t expect. We were all waiting for Ineos to deliver a knock-out blow and actually it was Bora-hansgrohe who managed to inflict a heck of a lot of damage.”

For Landa at 32, the podium does not represent a new starting point in his career, he says, but it does have positive benefits all the same. As he put it, “this result pushes me forward, helps me believe in what I can do and how I can go on trying in the future.” And having finally re-conquered the Giro podium, with a rider as tenacious as Landa, there’s no telling what he could do next.