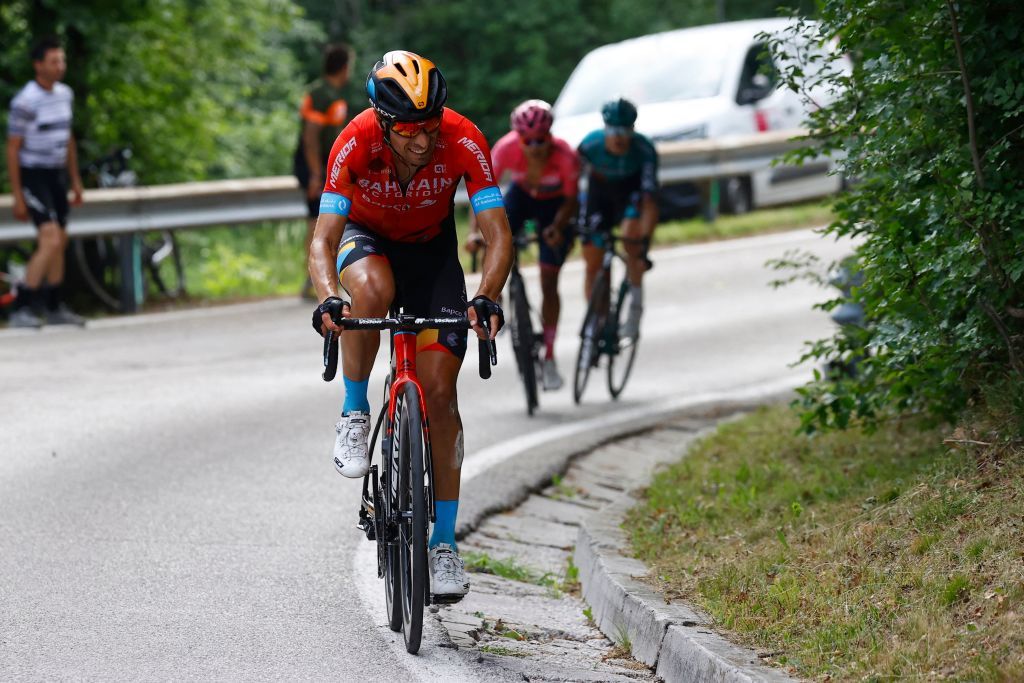 Mikel Landa continued to be the third man of the Giro d’Italia, refusing to give up the fight for overall victory and attacking in the hope of gaining a few seconds. But after unsuccessfully attacking on the penultimate mountain stage, he pragmatically accepted it wasn’t to be his day.

The Bahrain Victorious rider remains third overall, 1:05 down on Richard Carapaz (Ineos Grenadiers) and 1:02 down on Jai Hindley. They are locked in a battle for every second, while Landa is the third man factor, a ghost-like presence that refuses to disappear and remains a threat and possible winner of the maglia rosa.

Landa looked better than recent days on the final climb to the Santuario di Castelmonte, even attacking his rivals and splitting the select GC rider group in the final kilometres. He followed the other surges, jabs and attacks from Hindley and Carapaz, as the three again matched each other.

Landa hung onto Carapaz and Hindley as they sprinted to create a gap, making sure he didn’t lose a single second.

“The stage didn’t perhaps look very hard on the profile but it was,” Landa said, explaining the significant details of the stage and revealing why Bora-Hansgrohe’s tactics and strong-arm riding during the stage again didn’t pay off.

“After the breakaway went, Bora put down a very high pace to try to catch them but it wasn’t possible. Then on the penultimate climb, they set a hard pace again.

“Then on the final climb there were some movements (attacks) but it was a short climb and so all very explosive. That’s not the best kind of racing for me, so I was happy to finish all together and to not lose any time to Carapaz and Hindley.”

With Sunday’s 17.4km time trial in Verona having the final word on who wins the Giro d’Italia, Landa knows he has to pull back time on Carapaz and Hindley on Sunday. He has to reduce his deficit and even take time and start the time trial in the maglia rosa with an advantage.

It is a big ask for Landa but his ‘Landismo’ improvised genius and ability to attack means he cannot be ruled out.

Landa is the last to give up hope.

“Nobody has shown weakness compared to the others and anything can happen on Saturday, it’s a big stage and a hard stage. I’m still optimistic.”